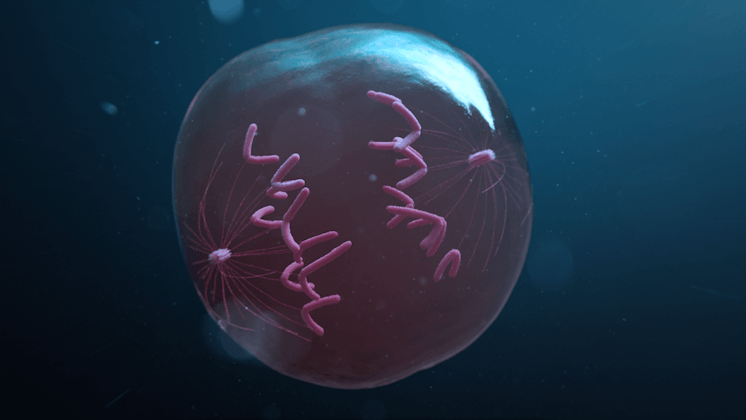 Initiated and organized by the best render farm Fox Renderfarm, FGT Art becomes a platform for all Fox Renderfarm users to show their impressive artworks and get awarded monthly. Fox Renderfarm is willing to support more creative artists and students. We are proud to announce the FGT Art February Winner, 2022 came to Dr. Thom Leach for his work “Mitosis”. Congratulations!

Dr. Thom’s award-winning artwork shows a mechanism that creates two identical daughter cells from a single parent cell. He introduced that during the progression, he tried to focus on the details of some key stages of mitosis, including interphase, prophase, prometaphase, metaphase, anaphase and telophase. The clips were rendered with Fox Renderfarm, the world-leading cloud rendering services provider.

Thom Leach is a digital artist specializing in scientific visuals. He has a PhD in biotechnology (PhD, UoM) and has produced digital art in various forms for many years. Let's find out how he made the amazing artwork through the exclusive interview with Fox Renderfarm.

Fox Renderfarm: Hi Thom, thanks for accepting our interview, could you please introduce yourself?

Thom: Hi there, I’m Thom Leach, a digital artist born in the UK who creates scientific animations and illustrations.

Fox Renderfarm: Congrats on winning the FGT Art February Winner, 2022! How do you feel about it?

Thom: Thank you so much! I’m over the moon to be featured with you! I’ve used Fox Renderfarm for over a year now and have seen the great talents that your winning clients have. It’s an honor to be amongst them!

Fox Renderfarm: How did you encounter CG? Could you share with us your educational and career experience?

Thom: My background is actually very different from most people in the CG industry. I studied biotechnology and completed a PhD in the subject, but in the end, I decided that scientific research wasn’t for me. I’ve always had creative hobbies, including photography and music, so at that point, I searched for something creative within science. I started by offering basic 2D illustrations, but I gradually taught myself 3D techniques so that I could offer 3D illustrations and animations to clients too. Now, most of my work consists of 3D visuals and I really love how creativity is part of my everyday practice.

Fox Renderfarm: What is your motivation for making science visuals?

Thom: I’ve spent a lot of time in a scientific environment and I’ve really come to appreciate the work that scientists do each day. My work is all about showing the beauty in what they do, making it look cool, and making it easier to understand for people who don’t have the same background.

I think science visuals are so important for public understanding: take an example, the illustrators Alissa Eckert and Dan Higgins who designed the SARS-CoV-2 illustration with the red spikes – this has been shared around the world and it’s given the public a better understanding of the virus we’re dealing with. Without illustrators and animators in this field, the information would be much denser and more difficult to understand.

Fox Renderfarm: Could you introduce some of your works of science visuals?

Thom: Sure, one of the things I enjoy the most is designing covers for scientific journals like the examples below. For these illustrations, I usually use a combination of 3D software (Zbrush and Cinema 4D) and Photoshop. I love this type of work because each time you’re showing cutting-edge science that’s never been visualized in the same way before.

I’ve also recently been experimenting with C4D and seeing how far I can push simulations with X particles. I used this approach in March to give a unique representation of blood clotting to raise awareness of people living with bleeding disorders.

Thom: I created the animation Mitosis to show people something that happens inside the body that is essential for all human life on earth. It’s a process that connects us all, so I wanted to show that it’s fundamentally a beautiful thing. I used a lot of microscope images and scientific textbooks as my references to make the animation as scientifically accurate as possible. My biggest aim was to make something scientifically accurate for the audience and also looks beautiful.

Fox Renderfarm: How long did you finish the work?

Thom: This animation took about 3 weeks in total while I was working on other projects at the same time.

Fox Renderfarm: What software and plugins did you use for the animation?

Thom: For the main part of the animation, I used Cinema 4D with the Redshift GPU render. I composited a background and extra effects onto the animation using Adobe After Effects and Premiere Pro.

Thom: Yes, at the start I simulated the chromosomes (X shapes) as soft-body simulations, which was too much for my computer to process. So instead, I changed these to hair simulations with added geometry, and this made the processing times much faster.

Fox Renderfarm: How do you improve your CG professional skills?

Thom: I regularly set myself challenges to animate a new scientific concept. Nearly every time I face new challenges that lead me to improve my CG skills. Usually I find the solutions on YouTube or online in forums – never underestimate how much free information there is.

Fox Renderfarm: Any artworks or artists inspire you the most?

Thom: In my work, I’m very inspired by the works of David Goodsell and Drew Berry, who visualize the inner workings of our cells so accurately and beautifully. There are few artists within this field who have been able to recreate microscopic worlds in the same way like these artists.

Thom: I’m very happy to work with Fox Renderfarm on my projects. Rex was my first contact at your company and he always offered the best support when I needed it for my renders.

Thom: I think it’s so important to continually create and show your work to others. By creating regularly and giving yourself new challenges, you will learn skills that will set you apart from the rest. From my own experience, even if you don’t have a background in CG, you can still forge a successful career in CG. By applying your own unique background, you can also find your niche in this industry.