How To Make A Car Rendering Fog Scene With KeyShot 8

As the leading cloud rendering service provider, Fox Renderfarm, will show how to make a car rendering fog scene with KeyShot 8. The scene uses an already-built car scene. In the picture below, a bunch of white light produces some smog, or a sly beam, but this is added in photoshop, so it looks a bit Rigid, lacking some changes, it looks a bit fake.

Compare the effect of direct use of KeyShot 8 new material scattering medium, it is still natural. And test a variety of parameters, lighting, the final effect may be better, at present, a bit slow.

Below are some tests for some lighting collocation parameters. In the shadow channel rendered in the figure below, this shadow channel is the effect of using a HDR+ plane self-luminous + scattering medium. It can be seen that the fog effect is not obvious, there is a little bit, of course, with the scattering medium parameter density and visibility related.

Below is the rendering of the initial production. No render farm has been used yet, so as you can see, there is basically no effect, and there is no real beauty at all. So next, you need to adjust the parameters and lighting mix to continue testing.

Let's take a look at the final rendering comparison chart. Original image as below:

The KeyShot 8 scattering media material, with different lights, may have unexpected effects. Another feeling is that the scattering medium will affect the light receiving of the surrounding objects, and it also meets the influence of the fog environment on the visibility of the object in the real environment. In order to make the picture more realistic, it is recommended to use the best KeyShot render farm to make the effect more realistic.

Previous: The C4D R21 Version Was Officially Released On September 3

Next: V-Ray for 3ds Max Tutorial: How To Create a Sniper Robot

Top 6 Best KeyShot Render Farms
Are you looking for a suitable KeyShot render farm to speed up rendering? Then Fox Renderfarm, the leading cloud rendering service provider and render farm, will introduce to you 6 best render farms for keyshot. What is KeyShot?KeyShot is a 3D rendering software developed by Luxion. It supports ray tracing and full area light rendering. KeyShot supports multiple plugins and can be used on Mac or Windows.KeyShot's superb rendering capabilities are widely used in industrial products, mechanical engineering, CG industry, automotive, jewelry & accessories, and many other fields. keyShot enables real-time 3D rendering, showing you realistic product visuals and satisfying all your visualization needs. 1. KeyShotFarms - KeyShot Render Farm!KeyShotFarmsKeyShotFarms provides KeyShot users with powerful render farm capabilities. Each server is built from the ground up to render KeyShot scenes as fast as possible while maintaining quality. All servers run securely onsite, without the use of third-party cloud services such as AWS or Azure. 2. RenderShot - Render Farm for KeyShot!RenderShotRenderShot is a KeyShot dedicated render farm. It is an authorized cloud rendering for KeyShot, powered by KeyShot enthusiasts and top industry developers, offering solutions for all your KeyShot rendering needs. It supports CPU and GPU rendering and is professionally optimized to enable KeyShot users to render several jobs at once without making sacrifices in quality or time. 3. iRender - KeyShot Cloud Rendering Service!iRender - Great Blender Render FarmiRender is a powerful KeyShot cloud rendering service. iRender is KeyShot's GPU-accelerated cloud rendering service for high-end rendering, with powerful rendering nodes: 2/4/6x RTX 3090/3080/2080Ti. It supports all 3D software with KeyShot: Cinema 4D, Maya, 3ds Max, Rhinoceros, SketchUp, SolidWorks, etc. iRender offers a 20% discount for the first charge within 24 hours for new registrants. 4. KeyShot Network Rendering!KeyShot Network RenderingKeyShot Network Rendering enables you to connect multiple computer systems on a single network and leverage all of your hardware to dramatically increase rendering power and output with ease.The power of KeyShot Network Rendering allows you to continue to refine your designs, add variants, and submit additional jobs to fully offload your visualizations to the network. Jobs can be processed in both CPU and GPU modes. KeyShot Network Rendering is available for KeyShot, KeyShot Pro, KeyShot Pro Floating and KeyShot Enterprise editions. 5. AlphaRender - KeyShot Render Farm!AlphaRenderAlphaRender is a KeyShot dedicated render farm. It supports CPU rendering and uses AMD's Threadripper 3970X for rendering. A $30 free trial and a 24/7 round-the-clock service are available. 6. ForRender - Render Farm for KeyShot!ForRenderForRender is a CPU and GPU render farm. It supports a huge range of software and plugins, including KeyShot of course. About its price: the price for renting gigahertz of render farm capacity is only $0.007 per hour. If you sign up you can get a $15 credit. SummaryWe hope you find the best KeyShot render farm that suits your needs. It is well known that Fox Renderfarm is an excellent cloud rendering services provider in the CG world, so if you need to find a render farm for Blender, Maya, C4D or other software, why not try Fox Renderfarm, which is offering a free $25 trial for new users? Thanks for reading!
More
2022-07-25 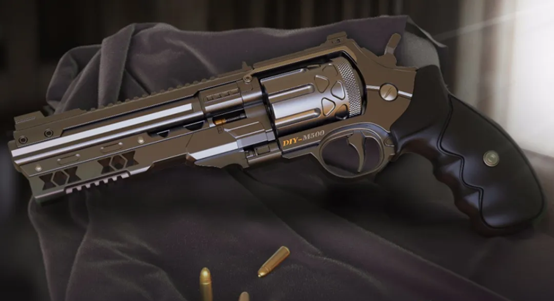