DC Heroes Together In Film The Lego Movie 2: The Second Part 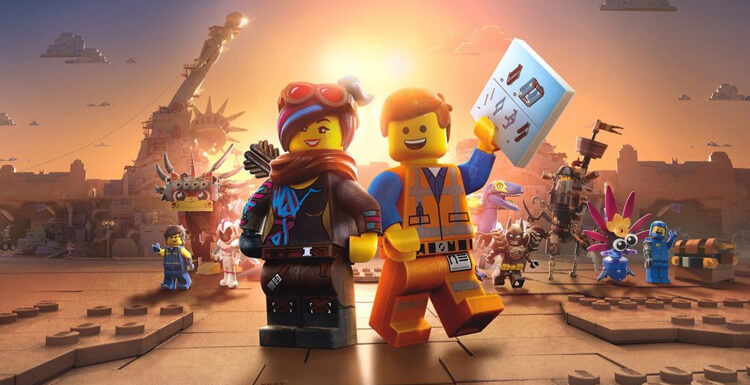 The Lego Movie 2: The Second Part will be released on March 22 in China, it is produced by the Warner Animation Group and distributed by Warner Bros. Picture. It is a 2019 computer-animated adventure musical comedy film. A direct sequel to The Lego Movie (2014), the fourth film in the franchise.

The new trailer on March 22 reviewed the whole process of alien invasion. Emmet and Lucy had no counterattack in the face of the bombing. DC heroes came to the public and Batman went deep into the enemy camp Slay.

Nine major characters posters are fully exposed, domineering and igniting expectations! Emmet's fighting spirit with sugary coffee, Lucy's eyes are more and more courageous, Unikitty brows and wrinkles are not close, MetalBeard's eyes are domineering, and Batman King Kong is glaring and murderous. There is also the ingenuity of Queen Watevra Wa'Nabi, General Sweet Mayhem, a melodious astronaut Benny and a handsome and sleek Rex. In addition, the distinctive character image, combined with the profound background, the plot highlights are fully spread, and the story is revealed. Behind Emmet, Lucy and Unikitty are bright yellow doomsday cities, but the wind and sand are bright and bright. The rest of the crowd are in outer space. Watch carefully, the background of the nine posters can also be horizontally combined into a long picture, the scene is a perfect transition, the location is hidden.

In the new notice, the alien invasion speed is so deep and deep, the sugar-coated shells do not catch up, and the counterattacks are all seen. Under the comprehensive pressure of disparity, the city of Doomsday fell again, and a group of residents such as Lucy were taken to the Xista Galaxy. The surviving Emmet had to call on all the people to fight for the rescue of their companions.

The DC heroes are fully assembled and continue to show extraordinary strength. Superman and Wonder Woman teamed up twice. Aquaman held the trigeminal enthusiasm and joined the passion. The Green Lantern boarded the spacecraft at the last minute and headed for the destination at full speed. Batman shows the strength of the super-powerful tongue, deep into the enemy camp, fiery battle mad shells, and instantly wins and forgets. Queen Watevra Wa'Nabi comes with a king's temper. General Sweet Mayhem is agile and deep in the martial arts. Rex holds the artifact and is self-defeating. All kinds of spaceships are full of enthusiasm, a variety of stunts come to the fore, and the atmosphere of the swordsmanship is easy to mix and play. Beyond the imagination, Superman led the disco. beyond the limit, the villains gathered to open the music party.

The Lego Movie 2: The Second Part is directed by Mike Mitchell. It features Chris Pratt, Elizabeth Banks, Will Arnett, Charlie Day, Alison Brie, Nick Offerman, and Will Ferrell reprising their roles from the previous film, along with new additions to The cast including Tiffany Haddish, Stephanie Beatriz, and Maya Rudolph. It was released in the United States and United Kingdom on February 8, 2019, and will be released in China on March 22, 2019.

Next: Captain Marvel Is With You On March 8 Women's Day