Linux’s Place in The Film Industry

In 1991, a student named Linus Torvalds began developing a new operating system as a hobby. That hobby, which would later be called Linux, forever changed the world of computers. Since Linux is open source, anyone can license it for free and modify the source code to their liking. This has made Linux one of the most popular operating systems in the world.

Linux is everywhere. The web server maintaining this page is very likely Linux based. You may have a version of Linux in your pocket right now. Google’s Android operating system is a modified version of Linux. Several world governments use Linux extensively for day to day operations. And, many would be surprised to learn that Linux has become the standard for major FX studios.

In the early 90s, Hollywood studios relied on SGI and its Irix operating system to run animation and FX software. At the time, Irix was one of the best systems available for handling intense graphics. But a change was about to sweep through the computer industry. Windows began to dominate the business world, and Intel began making powerful chips at a lower price point. These market forces made expensive SGI systems hard to justify.

When studios began looking for a system to replace Irix, Windows wasn’t an option due to its architecture. The proprietary software in place at many studios was written for Irix. Since Irix and Linux were both Unix based, porting that software to Linux was easier than porting to Windows. Render farms were the first to be converted. In 1996, Digital Domain was the first production studio to render a major motion picture on a Linux farm with Titanic. DreamWorks, ILM, Pixar and others quickly followed. Workstations were next for Linux once artists realized the performance boost in the new operating system. Under pressure from studios, commercial software vendors got on board and started releasing Linux compatible versions. Maya, Houdini, Softimage and other popular 3D applications quickly became available for Linux.

By the early 2000s, most major studios were dominated by Linux. While Windows and Mac environments are still used for television and small independent films, practically all blockbuster movies are now rendered on Linux farms.

Linux has many advantages for render farms. The obvious benefits are cost and customization. Since Linux is free to license, startup costs are greatly reduced compared to commercial systems. And, since Linux is open source, completely customized versions of the operating system are possible.

There are other advantages. Linux machines can multitask well and are easy to network. But the single greatest advantage is stability. Unlike other operating systems, Linux doesn’t slow down over time. It is common for Linux machines to run for months, yes months, without needing a reboot.

With all these advantages, it’s surprising to learn many online render farms still haven’t embraced Linux. While a handful of farms like Rebus, Rendersolve and Rayvision support Linux, Windows is still the most common environment for cloud rendering services.

It’s not likely anything will replace Linux’s role in the film industry soon. Studios are heavily invested in Linux with millions of lines of custom code. While anything is possible, it would take another industry change akin to the PC revolution to shake Linux from its place in Hollywood.

The story of Linux is almost like a Hollywood movie itself. It shows us that anything is possible. It’s hard to believe that a simple student project forever changed the world of computers and became the backbone of the film industry.

About: The author, Shaun Swanson, has fifteen years of experience in 3D rendering and graphic design. He has used several software packages and has a very broad knowledge of digital art ranging from entertainment to product design.

If you want to know more about 3D Rendering, Follow us on Facebook,Linkedin.

Next: Is Building Your Own Render Farm The Best Option?

What is the Difference Between 2D and 3D Model Rendering?
2D Model Rendering2D model rendering as a process has evolved considerably in modern history. Before the advent of 3D model rendering, the process was undertaken entirely by 2D artists (technical draftsmen or creative designers) whose job it was to project life, despite the limitations of pencil and paper.!What is the difference between 2D rendering and 3D rendering 2 Restricted ViewsPerhaps the most obvious limitation is that every aspect of the 2D model is limited to the 2D plane. Although creative license can be used here, accuracy is key.Although rendering a model in 2D is not directly related to mathematics, it is completely relevant to it. It applies to symmetry and shape. Perspective and line strength play an important role in generating high quality 2D rendered images, for example when designing architectural illustrations. Understanding basic perspective and line values is the difference between an average rendering and a good one. In addition, there is no opportunity to change perspective, as this requires changing the camera field of view, which is only possible when modeling in 3D. Easy Insertion of 2D AssetsHowever, not every 2D model rendering is hand-drawn. Some assets may actually be cropped or repurposed from real images sent by the client or their photographer, such as high-quality photographs of display furniture or accessories superimposed on a display board. Photoshop often plays an important role in such processes. Fewer Considerations when Making AdjustmentsAnother difference between 2D model rendering and 3D model rendering is that with 2D, the artist is able to create the illusion of perfect perspective while maintaining direct control over the image, without having to change any of the complexities associated with 3D rendering. PriceSo why does a two-dimensional service still exist in the industry? It's cost effective. Not every potential client has the budget required to outsource 3D models. As a result, many design firms have made themselves available to meet the demand for simpler renderings at very affordable prices. 3D Model Rendering!What is the difference between 2D rendering and 3D rendering 3When handled correctly, 3D model rendering can provide a near-perfect photograph of any scene, giving a realistic reproduction of the scene. This helps your clients to better understand every nuance of the space and helps them to understand exactly how to place items in it, or you can use 3D modeling software and make quick changes to suit their whims. Limitations of Pre-built 3D LibrariesIt can be slightly challenging if some of the assets in the pre-built 3D library are not easily accessible or difficult to build independently. This means that the designer may end up having to readjust a 3D model that differs from the client's requirements. That said, there is an advantage in this that 2D cannot offer: the ability to build your own library of furniture, environments and accessories that can be easily reused for future projects. Adjustable ViewpointIn addition to providing accurate and wide viewing angles, aesthetically pleasing camera angles and even software for digital flight, it provides a broader overall appearance of the model for 3D images. There is no problem with the accuracy of the angles when positioning the camera in the desired position. They are positioned mathematically. The rendered image is modeled from the computer and you do not need to be concerned with the framing or any detail in the image. The rendering, based on an iteration or sample of the output, will determine the focus of the detail covering each pixel of the image.Another important feature of 3D model rendering is the resulting high quality depth - 3D provides a clear view anywhere within the camera's field of view. Vivid ResultsWhen making full use of 3D rendering software, the lifelike effects are often indistinguishable from real photographs. The renderings are often convincingly realistic and look very satisfying, as the more realistic shadows and natural light are difficult to emulate with 2D illustrations. Is 2D or 3D Model Rendering Suitable for your Client's Project?!What is the difference between 2D rendering and 3D rendering 4Both have their advantages and disadvantages, but these differences can also make it easy for clients to choose the service they want to pursue. As with any project, there are many factors to consider beyond cost.If your client is more of a traditionalist looking for the visual appeal of a more classic illustration, then drawing 2D images may be the most appropriate option.If your client has a penchant for realism, then you may prefer to use a 3D presentation.2D model rendering is best suited to artists who can effectively convey space and depth. But of course, it is not for everyone. Some artists do not have the ability to visually communicate spatial differences, so mastering 3D model rendering can definitely help any professional to meet the needs of their clients and effectively communicate the vision of their project to all stakeholders.As a designer or illustrator, it is important to gain insight into your client's mind by showing as much diversity as possible in your portfolio to help you understand what they find attractive. If your clients respond more positively to 3D images than 2D, you should do your best to adapt to their sensibilities. Even if your skills lie primarily in one or the other, you should always try to improve your toolkit to meet the changing needs of today's customers. ConclusionIf you are a business looking for 3D model rendering services, or want to explore how some of the world's best companies are pushing the boundaries of 3D rendering, you can follow Fox Renderfarm, the leading cloud rendering service provider, and receive a free $25 rendering voucher to have a try!
More
2022-05-20 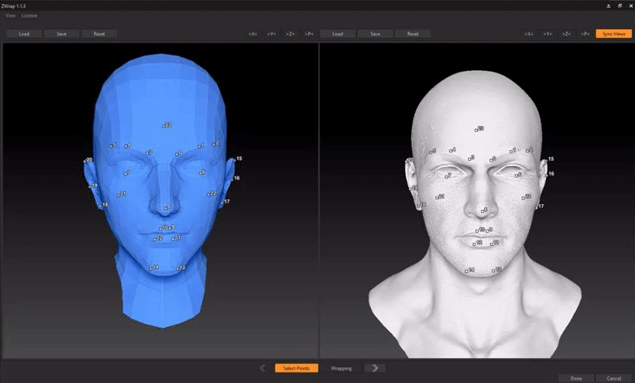 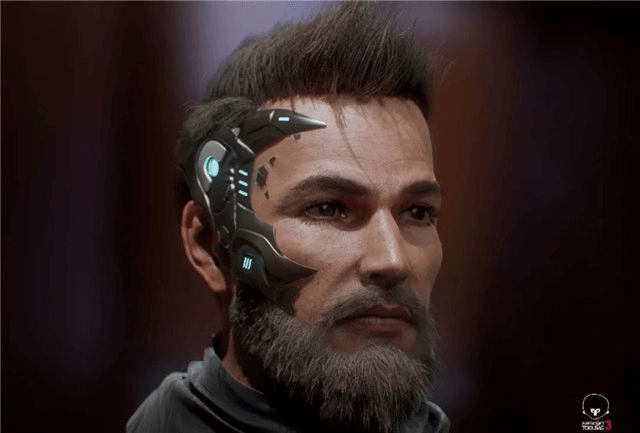