Get to Production Faster With On-Demand Rendering

CPU & GPU rendering are both available

Fox Renderfarm Supports Most Popular 3D Software, Renderers and Plugins All Over the World

Volume discounts available up to 50%.

Easily estimate the cost before you start rendering.

Fox Renderfarm is deeply committed to supporting CG Artists and making it accessible to everyone around the world.

Get Sponsorship for Your
Rendering

Welcome to join our FGT ART
campaign and FGT 3D challenge
to share your artwork and win
great prizes.

Fox Renderfarm is ISO 27001 certified to keep your assets and information secure. 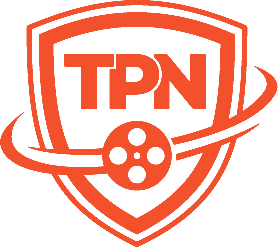 The Trusted Partner Network (TPN) is owned and managed by the Motion Picture Association (MPA) a leader in third-party entertainment industry assessments.

Non-disclosure agreement is available for customers to protect their rights and interests.

The 36th CG Boost 3D Art Challenge is live now! Fox Renderfarm, as a world-leading render farm and cloud rendering services provider, also a long-term partner of CG Boost, sponsored this amazing competition.The theme of the competition is “little traveler”, you can get inspired on the challenge page.The challenge ends on Wednesday, November 2nd, 2022, at 16:00 CET! The winners will be announced one week later on November 9th, 2022.This challenge is for all 3D artists who want to improve their skills, have fun and win big prizes. Whether you are a beginner or a professional, you can use your imagination and create your own artwork.For specific information about the challenge, rules, and prizes, please visit the page: Little Traveler Challenge.You can also check out the official video introducing the challenge here:Previous CG Boost 3D Art Challenge:- Underwater World Challenge - The 35th CG Boost 3D Art Challenge*Source: CG Boost*

Insydium released the updated Fused, including their new member, NeXus.NeXus is a GPU particle and simulation system that integrates perfectly into the X-Particles ecosystem, and successfully brings fluids, grains, constraints and particle modifiers to the GPU. By utilizing Vulkan, it can therefore work with compatible Nvidia, AMD and Apple M1 and M1 Ultra graphics cards.If you are interested in it, you may want to read NeXus User Manual.!NeXus, New to Insydium’s Fused CollectionImage via INSYDIUMBesides the release of NeXus, the new version of Fused also has improvements to Taiao, TerraformFX, and MeshTools. And this release update is compatible with Cinema 4D 2023. Watch the Fused release video:Tips:As a leading cloud rendering service provider and render farm, Fox Renderfarm supports Insydium's X-Particles rendering and offers a $25 free trial to all new registrants, so let's start rendering your beautiful work!*Source: Insydium*

On your workstation
1000min
On Fox Renderfarm
200min

Note: The estimated render farm rates provided by the Fox Renderfarm Cost Estimator are for discussion purposes only, your actual fees may be higher or lower than the estimate; Single Frame Cost = Rendering Time per Frame × Unit Price × GPU Calculate Ability.