The leading cloud rendering services provider and the best render farm online, Fox Renderfarm, is here to introduce to you the software Universal Scene Description (USD).

Universal Scene Description (USD) is the first publicly available software that addresses the need to robustly and scalably interchange and augment arbitrary 3D scenes that may be composed from many elemental assets. It not only is the core of Pixar’s workflow but also provides a way for other VFX and animation studio’s processes to allow 3D data to be interchanged between different digital content creation applications.

The RenderMan 23.0 just released a few days ago has a high support for USD. Houdini 18's SideFX Solaris’ toolset uses USD as its supportable basic data. Other tools we often use, such as Maya and Katana, have also shown USD support Inclusive.

How is USD Generated?

In the process of making a CG film/game, a large amount of 3D data is usually generated, stored, and transmitted. This data is called "scene description". Collaborative applications in the process (such as modeling, shading, animation, lighting, special effects, and rendering) all have dedicated scene descriptions, which are suitable for specific needs and workflows respectively and other applications are unreadable and cannot be edited.

USD is the first open-source software that emerged at the historic moment in this troubled situation. In simple terms, it is a powerful and concise exchange format that can describe the work of various departments without affecting the work, involving models, animations, materials, lights, cameras, and other necessary links in the production environment. USD enhances the predictability of multi-department collaboration, allowing artists to focus more on content creation without having to worry about data management issues. What about the USD process?

For Pixar, the USD process is changing the way they create a whole new world. With this efficient and universal description format, artists can create and achieve more complex production effects, which can take a long time if completed using original technology.

The artist can quickly preview his work through the imaging framework "Hydra" in the back and front of the USD process, while adding OpenGL approximations of textures, materials and lights. In this way, artists can feel the beauty of the film in the early stage of production, simplify the traditional approval process in the later stage of production, and have a positive impact on multi-department collaboration.

The USD layering system is very similar to Photoshop when processing data. There are a series of operations that can be individually folded. Whether it is opened or closed will not affect other data. Artists who want to view the main lighting effect when creating the scene layout need only Just open the layer.

In "Toy Story 4", Pixar created multiple variants for each asset. It is precisely because of the "Variant" system in USD that RenderMan can successfully call specific assets with different version's shapes, shades and textures.

In this "Variant" system, any minor changes to the shadows and textures of assets will not affect the geometry that has already been loaded. Resource management is more efficient and more assets can be created with fewer objects.

For example, the artist is making a shot at this time, and the art director wants to change the main color of the picture. What should I do? Just browse through the available variants of a particular asset and choose assets of different colors to match the atmosphere of the lens, without having to modify the entire sequence at all, and it will not have any impact on the work of other artists.

To make it easy for artists to manage assets, Pixar has also developed internal tools to handle USD and other conversion and tracking processes, and rely on independent and consistent USD API and Scenegrah to create tools that predict and access external processes and read Tool set for fetching, writing, and editing scene data.

There is an animation software Presto inside Pixar. Its design concept was refined and extracted into USD. Presto's first book was Brave 2012, which involved part of the Pixar open source project, including OpenSubdiv for high-performance subdivision surface evaluation, OpenTimelineIO for editing timeline information, OpenUSD And other research projects available to the public.

One of the most powerful features of USD is the ability to load complex data sets, which take up less memory during transmission, which means that animators will get more control. For example, the character artist can process and preview the hair effect in real-time, so that he can present the character performance in a more precise way, and it can speed up the process of version iteration and make more detailed shots and sequences.

With the help of this process, the cluster production department can also easily visualize huge data sets and use simple versions of files for production. With the advantages of the USD fast cache system for real-time playback, then modify the "Schemas" (schemas is USD fast The core method of changing the scene) back to making assets.

A very critical part of USD is its ability to dynamically switch between rendering agents in the window (such as switching between OpenGL and RenderMan), which means that artists can access the best lighting effects in the early production stage, plus photographer With more accurate feedback from the director, the artist can concentrate on his creativity without worrying about the difference between the basic colors of his lens and the effects provided by the layout department.

Before color & time correction and editing, final rendering means the last step in the process. With the ingenuity of USD and Hydra, RenderMan can render pixels in advance to help departments obtain better visual effects. So how many departments will deal with USD and RenderMan?

If you can guarantee the high fidelity of the picture in the production process, the artist can preview the complex effects (such as depth of field, motion blur, and shadow) of the final rendering in real-time. Pixar always insists that the pixels are as complete as possible to avoid unnecessary pixel filtering and the possibility of subsequent image quality degradation. Therefore, the approximate rendering effect is a very basic function, which is especially important for the stereo department.

The USD distribution provides tools such as USDView. This tool can load any type of USD file, ascii (usda), binary (usd), or archive (usdz). Artists can switch the rendering agent to RenderMan to see the lighting effects of the shot or asset. All these collaborative workflows have greatly improved the final effect of the picture, provided artists with a better creative environment, and made feedback more precise and productive.

Is there Anything Imperfect in the USD?

Speaking of the advantages of USD for a long time, is there any imperfection in it? of course. First, USD has no GUIDs (Globally Unique Identifier). USD uses a text & hierarchical namespace to identify its data, which means that it is a "namespace path" that needs to be bound to a meaning primitive / attribute via name override.

So when the internal namespace of the referenced asset changes, the higher-level coverage previously recorded in the referenced asset will disappear. One way to solve this problem is to identify the data through GUIDs and then use the overlay and The same GUIDs is associated. When solving the problem of namespace editing, GUIDs introduces other issues into the process and may limit the flexibility of composition. Therefore no GUIDs appeared.

Secondly, USD is not an implementation or operating system. USD provides a lightweight and optimized scene graph for easy creation and efficient extraction of synthetic scene descriptions. The scene graph takes up less space, which is suitable for namespace hierarchy and attribute value resolution, and low-latency data access, while high-performance execution engines require high memory footprint and low-latency data access.

How Compatible are the Software for the USD Process?

In order to be compatible with the USD format, RenderMan has released an image processing plug-in hdPrman for USD Hydra. It also supports Houdini18 and its Solaris toolset for look-dev, which is based on USD.

The USD open-source program has made Pixar technology have been affecting the VFX and animation film industries for many years. For example, the two studios LumaPictures and Animal Logic not only accepted USD but also put forward a lot of important feedback and development resources that benefit from users. Maya will soon launch these plugin resources to further improve the USD ecosystem.

Foundry has been committed to supporting and creating a complete workflow. In the upcoming new version of Katana, the scalability of the USD toolset will match it well.

Next: What is a Rendering Engine? 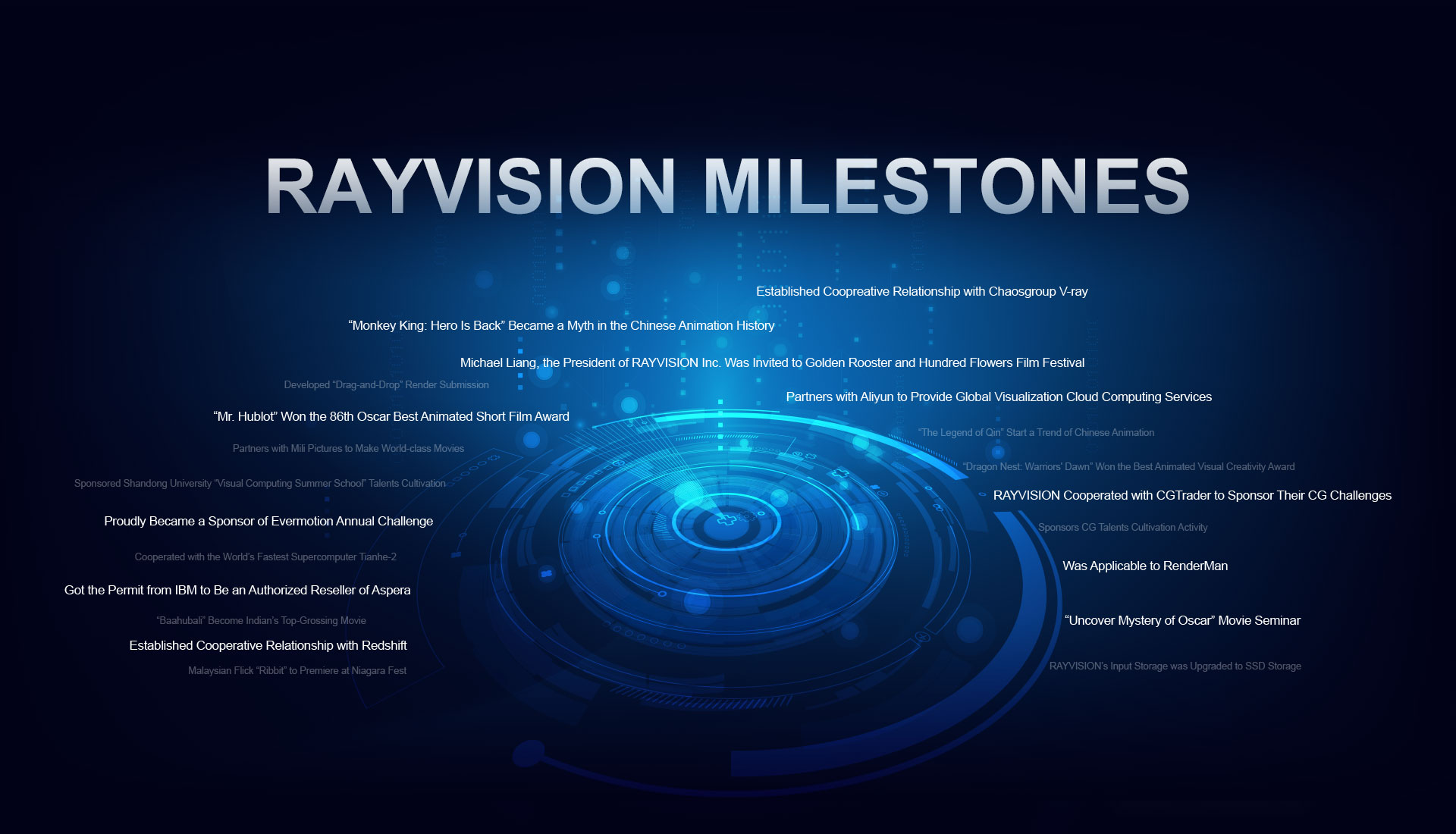 RAYVISION Now is Applicable to RenderMan, the Classic Renderer
RenderMan is one of the most popular rendering softwares, and it is actually the computer graphic criterion developed based on the famous REYES rendering engine, all of the renderers conform to this criterion are called RenderMan compatible renderers which includes the famous 3delight and Pixar’s Photorealistic RenderMan. RenderMan has the powerful Shader compiler and animation anti-fuzzy function, which can help the designers to create complicated action movies. Another unneglectable feature is the reality, the pictures rendered by the RenderMan are extremely vivid, and this is the reason why it’s so popular in animation industry. RenderMan which is the top-level renderer has been successfully used in filmdom for over ten years, it is widely loved by the CG fans for the stable, fast and effective rendering performance.RenderMan is the hero behind the scenes of many Oscar animations. The first Oscar Animated Short Film “TIN TOY” was rendered by the RenderMan, and it is also the inspiration for “Toy Story”. Besides, “Monsters Inc”, “Finding Nemo”, “The Incredibles”, “Cars” and a lot of great animations were rendered by RenderMan Rendering Engine. Obviously, the animation or VFX studios all over the world are using the RenderMan to develop impressive visual effects. Its fast, stable, highly-effective and great expansibility features performs awesomely, no matter when rendering the scenes with massive geometries or lighting effects with complex requirement.RenderMan is widely used in producing top-level moving images because of its extremely high quality and speed. It’s an essential rendering solution used in high level fields such as animation and film VFX. And besides the Pixar and Disney, many other famous production companies such as ILM and Sony are also using the RenderMan as one of the final solutions for rendering.Now RenderMan is applied to our render farm. Cheer up and welcome on board!
More
2015-12-11