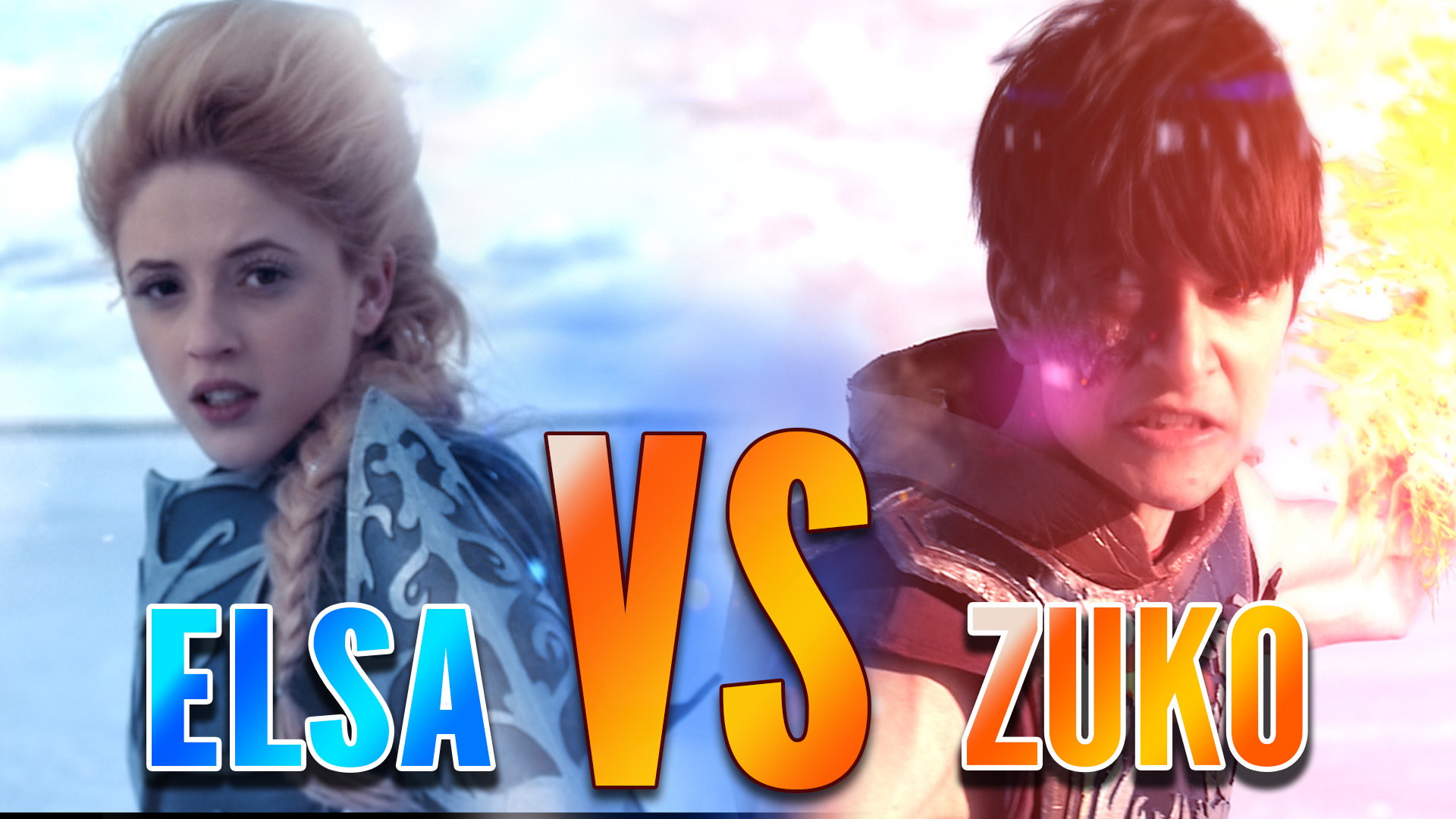 Harvey Li is one of the members of Alpacalypse Productions who just released their new VFX video ELSA (Frozen) vs. ZUKO (The Last AIrbender), which is an awesome real life fight VFX videos. And Fox Renderfarm is so honored to help render this video and got the chance to have a short interview with Harvey. Here comes the interview details as below.

Fox Renderfarm: Hi Harvey, would you please give a brief introduction about yourself and your studio Alpacalypse Productions?

Alpacalypse Productions: We’re a small Studio in Canada that consist of 4 friends passionate in visual storytelling. We mostly make content for entertainment and YouTube for a wide range of audiences. We are also mainly a post-production house focusing on Visual Effects for TV and films shot in Edmonton. 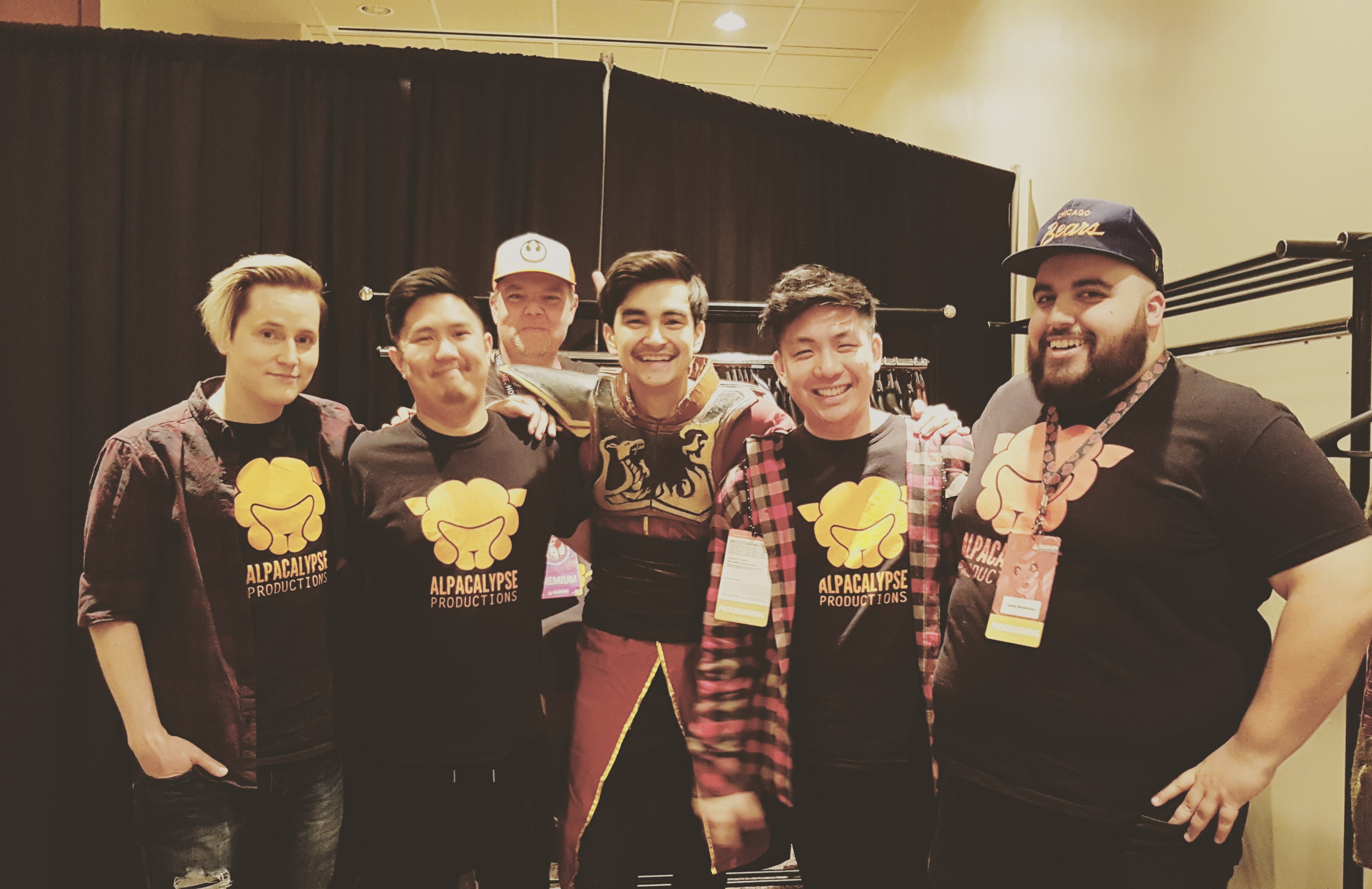 Fox Renderfarm: Great, so how did you guys get together and come out the idea of forming this studio?

Alpacalypse Productions: We all went to the same school together, but we first wanted to make a studio focused on storytelling, VFX, Entertainment, and a place to develop our ideas, which was more rare in our city. Soon we were able to gain a following online. As we grow, we are starting to focus more on post production and Visual effects. We each had different skills and wanted to combine them into Alpacalypse. As we grow our content and quality is getting better.

Fox Renderfarm: Did you guys get any awards for your previous works?

Alpacalypse Productions: Some of the favorite genre of films we like to produce are horror films, and have won an award for Best Horror Film at the Edmonton Short Film Festival.

Fox Renderfarm: That's pretty awesome, congratulations! While why chose the characters ELSA and ZUKO to for this video? What's the meaning behind it?

Alpacalypse Productions: We first wanted to develop the idea of “Elsa vs Sub Zero” from Mortal Kombat games, but we thought about how it would look on screen and thought it would look much cooler with Zuko and instead went with Fire vs Ice. It is a tale of two opposing forces, Fire vs Ice, and East meets West. Avatar: The Last Airbender uses a lot of traditional Kung Fu in the fighting styles, and in Frozen, Elsa is a traditional European princess. In the video, Zuko is a trained martial artist, but also confident. We wanted to show that Elsa was still able to land the last hit on Zuko through hope and not giving up – which is a classic theme in Disney movies. In a future episode, we wanted to show that Elsa was able to win because she was also trained to fight by Mulan, who was escaping Zuko. 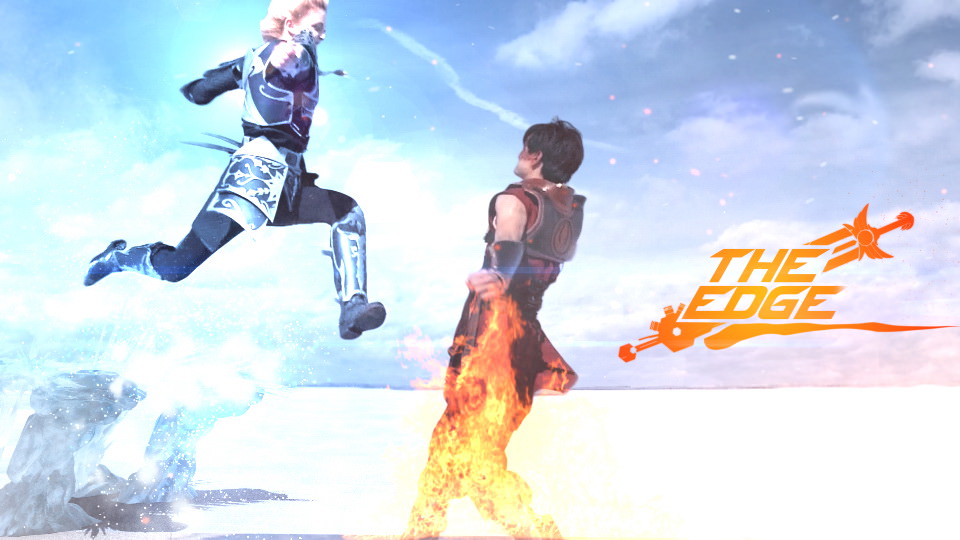 Fox Renderfarm: Terrific! We could definitely better understand your video after such detailed explanantion. But what's the biggest challenges and technical problems you met when creating ELSA VS ZUKO?

Alpacalypse Productions: The biggest problem for us was we were very new to 3D modeling and rendering. At first we had other people on the team, but unfortunately because of family issues, they were unable to continue the project. So we had to learn it all by ourselves within a few months and then to composite on to the footage. On set, the Camera actually broke, and there was an issue of the movie being recorded the wrong frame rates. So that was hard to try and match 3D animation, and 2 different frame rates into one movie. It was a huge headache that set us back many months. On the actual shoot, we choreographed the fight indoors and we thought we were ready, but when we went to shoot it out on a frozen lake, it was maybe -35C to -40C with windchill, and it was very difficult and slippery to film.

Fox Renderfarm: Indeed tons of tought problems for you, but anyway, you guys finally made it. Besides the difficulties, anything interesting that you would like to share with us?

Alpacalypse Productions: The music in the video actually is custom scored by our friend Shawn X.G. We wanted the music to be a “fight” as well, as elements from the themes of Frozen and Avatar fight to take over each other. Shawn used both traditional Chinese instruments for Zuko’s themes and mixed them with the Frozen themes.

Fox Renderfarm: So brilliant you guys! What software and renderers you used for this video?

Alpacalypse Productions: We used After Effects to composite all the effects and Premiere Pro to edit. The 3D modeling was all done in Maya and rendered through Arnold.

Fox Renderfarm: Since you rendered this video by using Fox Renderfarm, what's your idea for our cloud rendering service?

Alpacalypse Productions: I really enjoy Fox Renderfarm, before Fox, we were looking at many other render farms, but they either didn’t offer as many render options, or there was no customer service available. Being new to a renderfarm, when I found Fox I was immediately able to get help from Skype almost any time. They were always very friendly and helpful, and guided me through a process that was new to me. I wasn’t able to find this anywhere else and was very frustrated, so I was very happy when I found Fox.

Fox Renderfarm: That's really a huge compliment for us, and we are so glad that we could help. OK, if we ask you to choose one favorite work from all of your studio works, which one you will pick? Why?

Alpacalypse Productions: I think we would pick Star Wars vs Skyrim. We kept it more simple and we were able to do more fighting. I think it was the perfect balance without too much visual effects, or too little. We over complicated Elsa vs Zuko and so it took a lot of time and effort to make it compared to Star Wars vs Skyrim.

Fox Renderfarm: You guys did really great on this job! Anything you can share with us about your next video?

Alpacalypse Productions: Yes! We’re hoping to shoot an episode with Disney’s version of Mulan training Elsa as a prequel to Elsa vs Zuko. There have been a lot of questions of how Elsa could win against a better trained Zuko, so we wanted to show where Elsa learned to fight.

Fox Renderfarm: Wow, we are already expecting the new video : ) So any advice or experience you can share with those who also want to do the stunning visual effects?

Alpacalypse Productions: My biggest advice is learn as much as you can, even if you’re not good at everything, knowing a little bit can go a long way with communicating with a team and solving problems. And ALWAYS have a backup plan. Something will always go wrong, and it helps to be prepared.

Fox Renderfarm: It could definitely help both the beginners and professionals. Last question, do you have anything else would like to say or add?

Alpacalypse Productions: A huge thanks to Fox Renderfarm for guiding us through the render process when we were still learning. Elsa vs Zuko was a really difficult, but fun project to work on and we hope our hard work paid off and everyone that watches the video enjoys!

Fox Renderfarm: It's truly our pleasure, hope we can have more cooperation in the near future, and please feel free to introduce us to those who might need our service.

If you would like to watch more VFX videos from Alpacalypse Productions, visit their YouTube channel and enjoy yourself.