The Reality Constructions of The Aquaman’s Underwater World 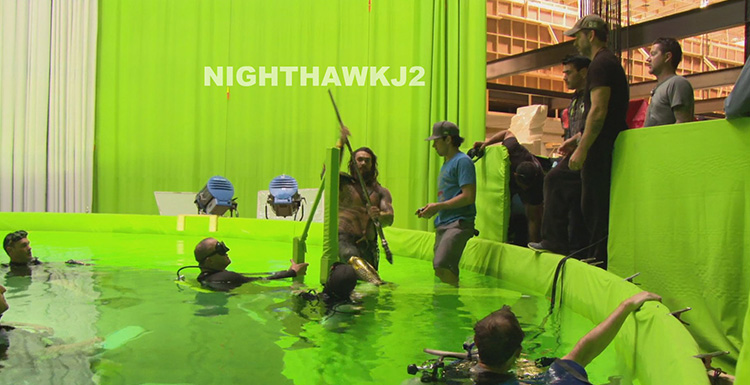 Aquaman became one of the hottest movies in December 2018. It was a fun, globally adventurous movie. After watching the "Aquaman" came out of the cinema, the audience felt as if it was a one-time view of the top mixed-cutting visual effects of the year, conceptual design show of the year and report on digital technology achievements. For the underwater world scene inside, I believe that it has also aroused the interest of many audiences. The following will reveal the reality construction of the underwater world of Aquaman. 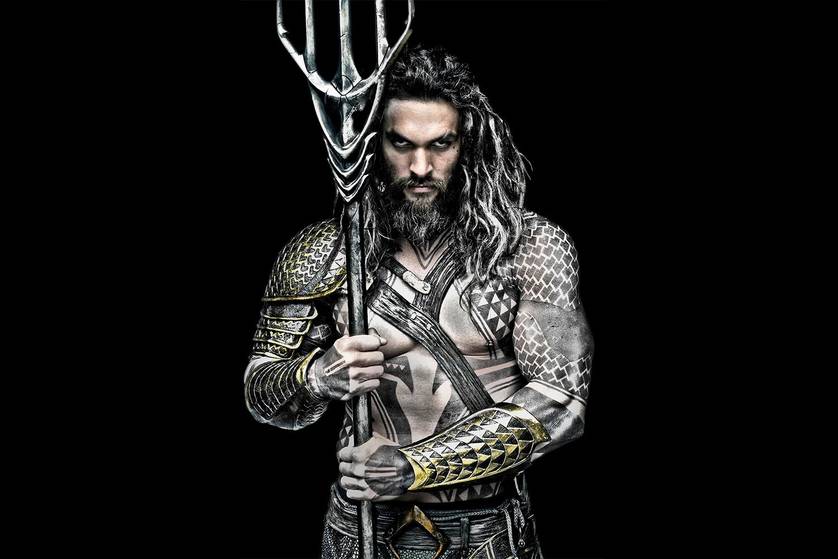 The film is mainly filmed in the studios at Australia's Village Roadshow Entertainment Group. It is located on the Gold Coast of Queensland, Australia, with nine state-of-the-art digital studios and a range of film and television production facilities. 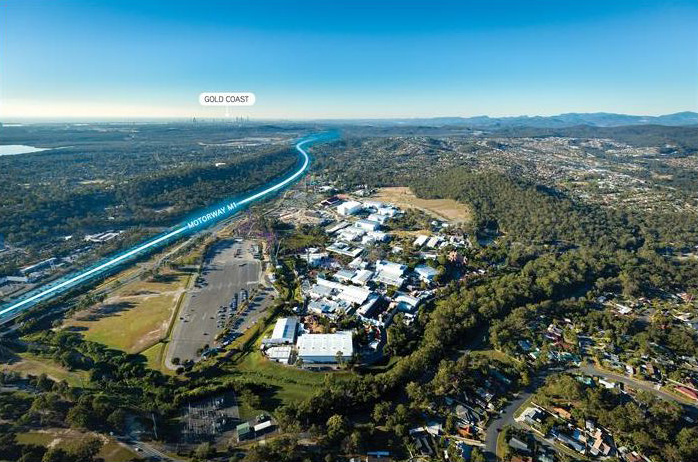 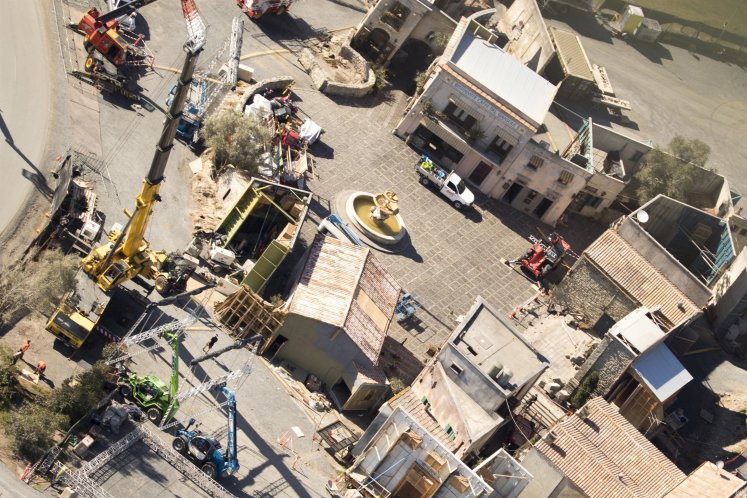 There are often some exterior locations in the studio, the name is Backlot. If the space is not enough, the parking lot can also become a temporary construction area. The most important land scenes in the film are the fountain squares in Sicily and the roof houses used for parkour. In the movie, everyone thinks that the ring statues of Sicily and the fountain square are adjacent areas, but in fact they are built separately of. 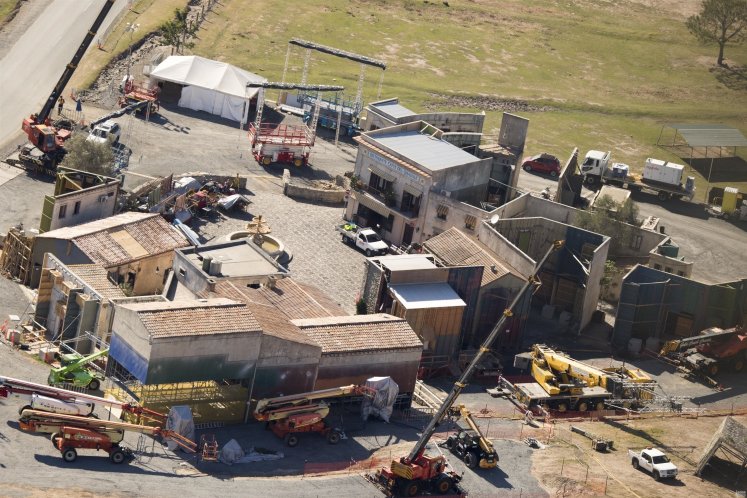 The back part of the square is a single-sided view and an incomplete architectural space. 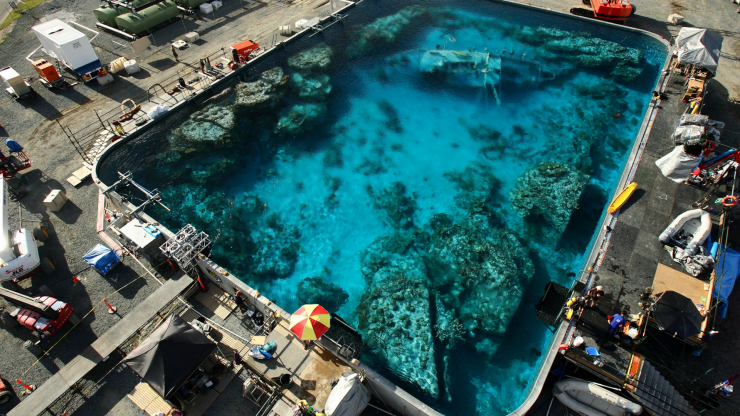 Artificial large pool that simulates the real environment of the seabed

In terms of shooting conditions, although it is a story that happened on the bottom of the sea, it certainly cannot go directly to the sea, so the studio became a temporary water park. 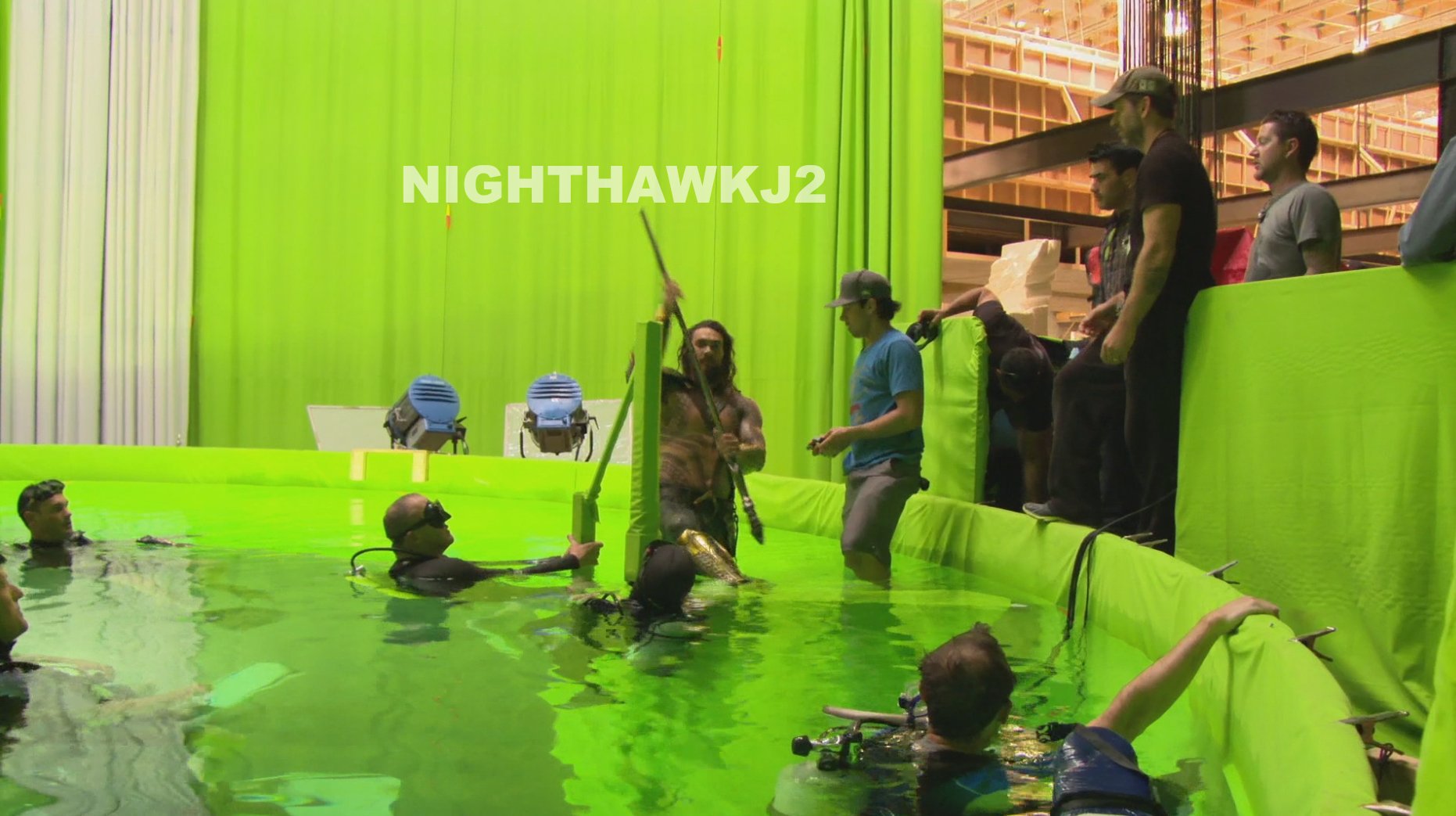 Any auxiliary items need to be painted green to remove later.

There is a scene in the film that Arthur took the crew on the canoe at high speed in the water. At the shooting scene, it wasn't Arthur that pulled the canoe, but the staff who were hiding in the pool. 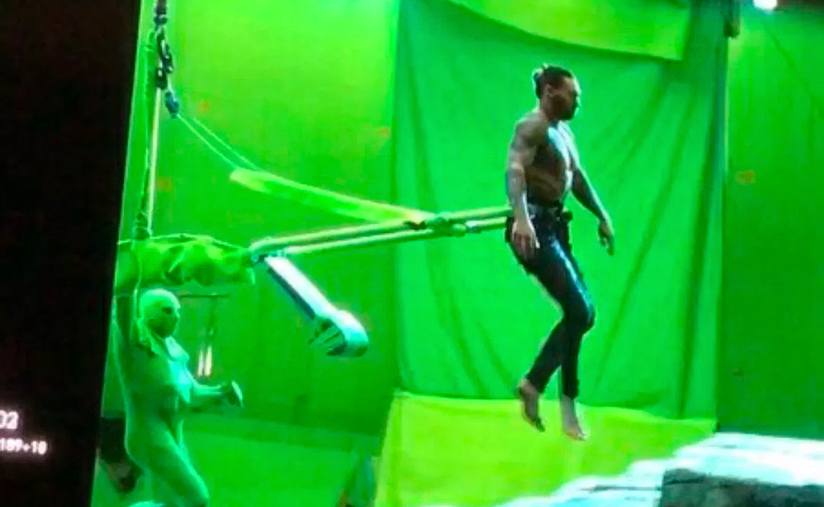 Shoot most underwater shots, use the most advanced VFX technology to shoot actors on the pressure, and use CGI to make them look like they are in the water. Aquaman and Mela are the same as Superman who can walk freely through the sea without gravity. It is a kind of mechanical support arm called "the tuning fork". It is a very long pole with a tail at the end. A fork can pick up the actor's hips while keeping the actor's body balanced. It also allows the actor to do some gentle floating moves. 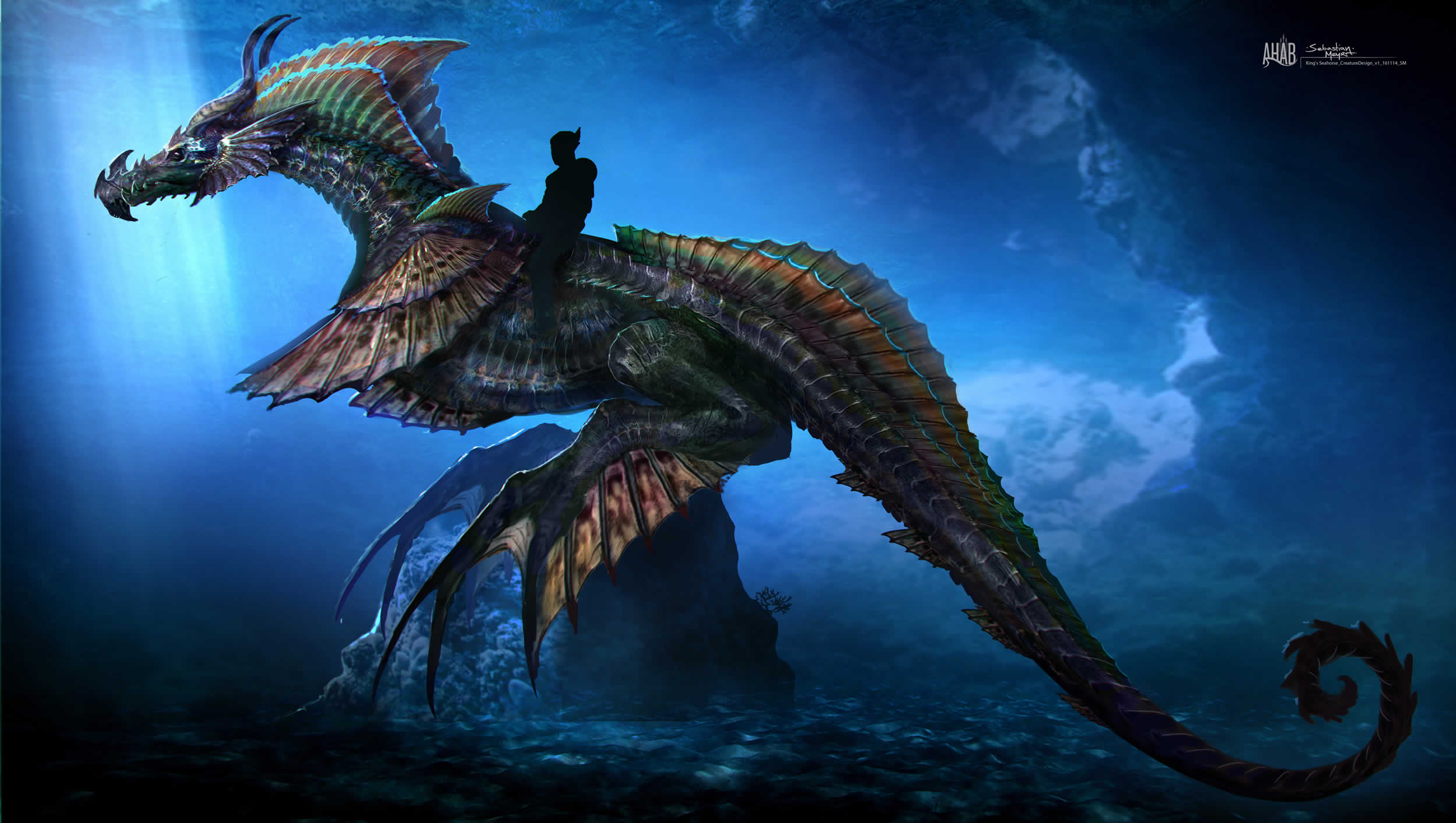 The design of the sea creatures is amazing.

James Wan and his team spent a lot of time to conceive Atlantis's worldview. They think that the seabed kingdom is not just putting things on land directly into the sea. The buildings in Atlantis were built by people living underwater. Aquaman can bring the audience to an unprecedented world, but its worldview is based on our human society. The myth of Atlantis has existed for thousands of years. The degree of human exploration of the ocean is negligible compared to space and land. Is there really Atlantis on this mysterious seabed? Aquaman gave us a great opportunity for visual imagination.

Previous: Disney Will Shoot the True Dog Edition of Lady and the Tramp 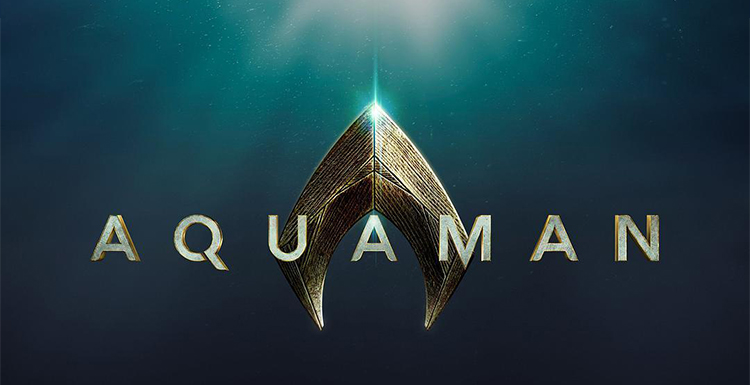 Aquaman, the Last Piece of 60 Billion Puzzle
After entering December 2018, the so-called Lunar New Year Stall in China is no longer the appearance of 5 years ago, can not attract large-scale, the period of blessing is getting smaller and smaller, and eventually the Lunar New Year Stall has become a disadvantage existence. Open the next sheet to see clearly, the big director, big IP, big production has almost bid farewell to the Lunar New Year, the biggest surprise left, is probably the rescue of Aquaman. The life-saving straw of DC Marvel's ten years has swept the global market by 10 billion US dollars, becoming the most popular series at the moment, DC always knows what to do, but slowly moves forward with the rhythm of "exploding a three-part", failing to form a real universe, did not extend into a "chasing drama" series, so that they have a big problem in user stickiness. Obviously, the landing of these films are helping to reach the 60 billion of 2018, but the market's heat and explosive power, after all, must rely on the promotion of blockbusters, which is why Aquaman has landed in China two weeks ahead of schedule. Of course, the stable play of Chinese domestic films will be very crucial, but "Aquaman" may be become the key of 60 billion box office, and will bethe last piece of the puzzle. Whether film's popularity or the current actual ticket sales, Aquaman is expected to become the top one in December, the current box office has exceeded 500 million, considering its excellent visual presentation and good popcorn attributes, go out a stable long line can be expected. It can be said that the current market expectation is far more than just breaking the DC box of Chinese box office record, and it will be more likely to exceed 1.2 billion.
More
2018-12-12