The VFX History And Future, Let’s Talk About The Invisible Effects In The Movie(2) 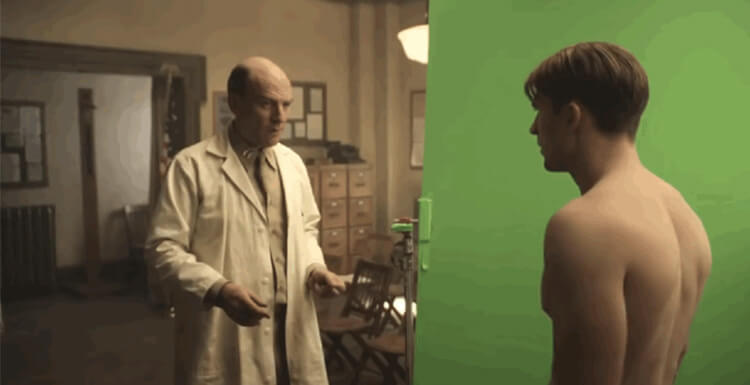 For the creation of the environment, it can meet the requirements of the character living environment in the story, and also save the cost and time required for real shooting. 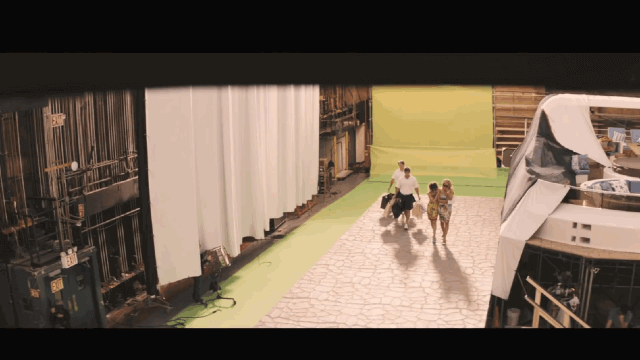 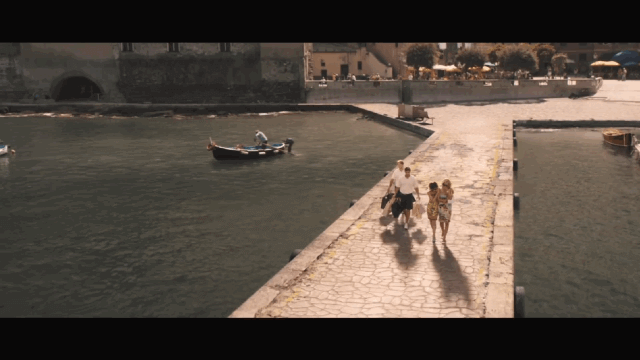 The VFX effect shown in the picture was created by Brainstorm Digital, and everyone will not be unfamiliar with this team. 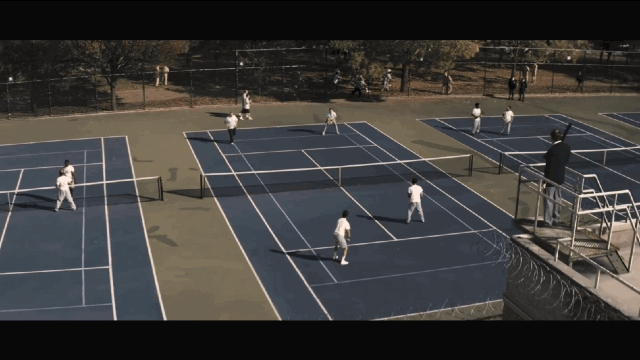 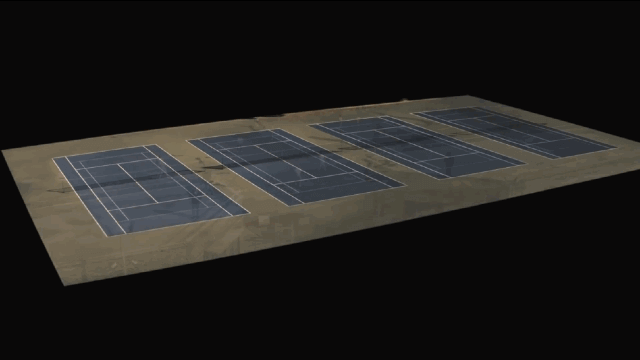 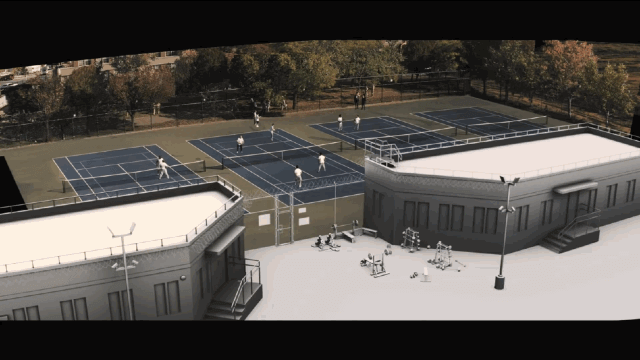 In addition, there are some "invisible visual effects" lenses even in some visual effects movies. For example, the Avengers series, all the story shots in New York City were shot in front of the green screen. 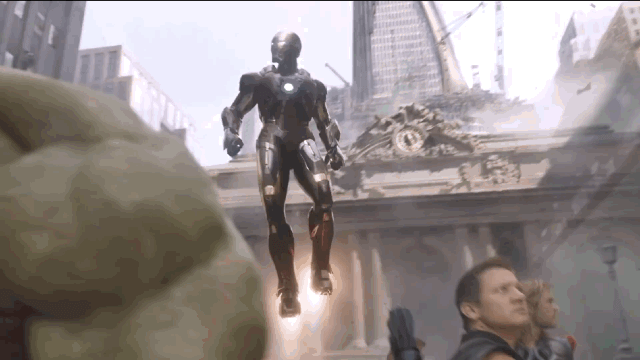 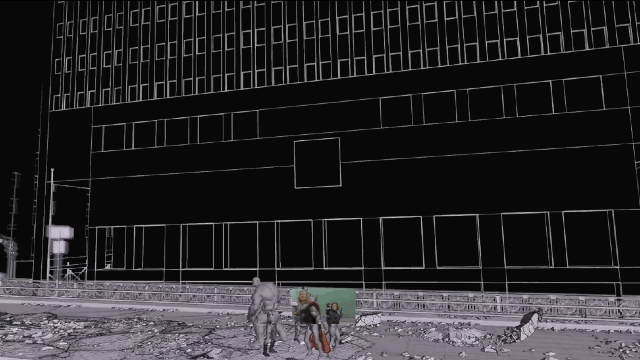 According to the director of the industrial light magic visual effects, if such a lens really wants to shoot in New York, it is really a little hard. Not only must the streets be blocked, but also the passers-by must be controlled; if you shoot, you have to use a helicopter, but you can't fly too low. 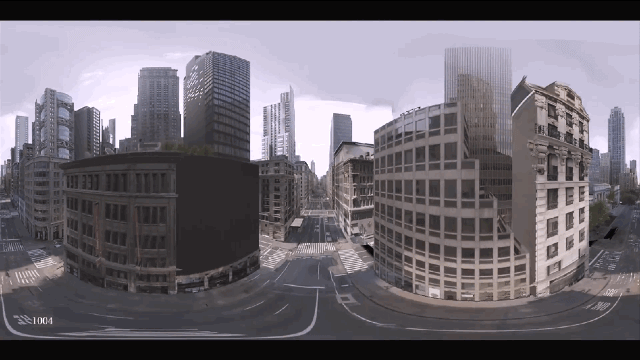 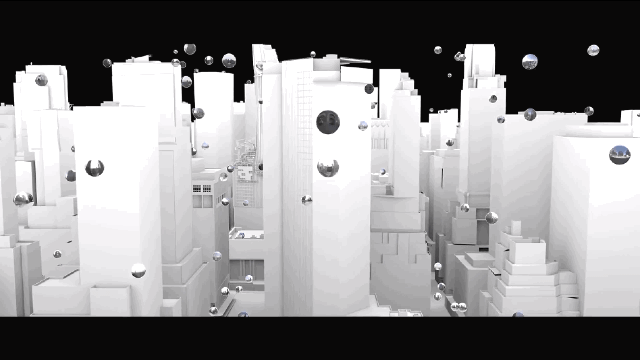 So the Industrial Light and Magic team produced about 2,000 spherical images through more than 250,000 photos, reconstructed nearly 20 buildings in the huge New York City, and replaced the green screen with New York numbers using 3D modeling and camera projection. Scene extension effect. Needless to say, the effect is absolutely true. 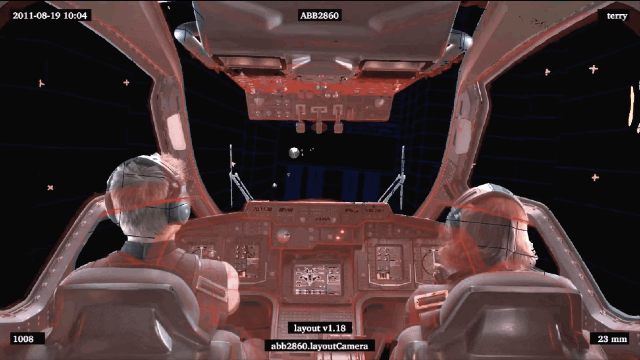 Scene extension is one of the most common types of technology in "invisible effects". It is often seen in the production of TV series, and the production budget designed by live shooting is not too expensive. 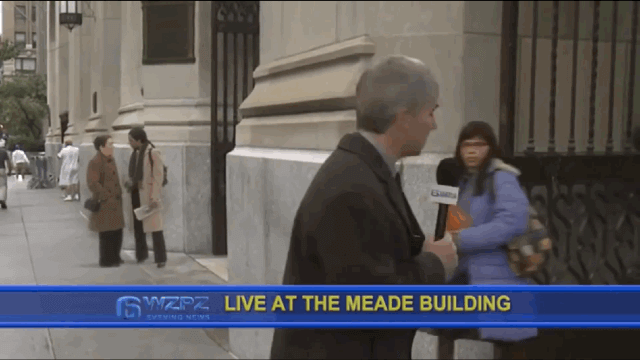 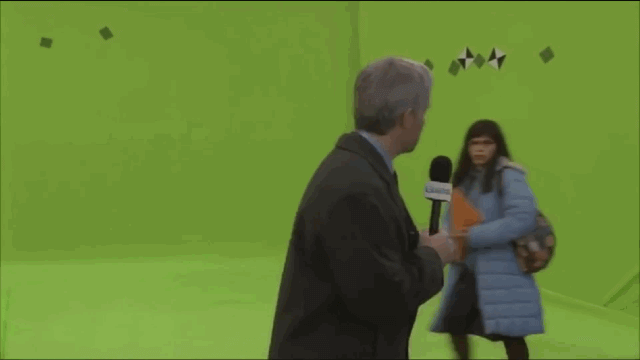 The most typical example is Ugly Betty, who won the 64th US Golden Globe comedy series in 2007. I have seen the little friends of this drama do not know that there is no such thing, it involves a lot of scene extension effects. The episode effects were created by Stargate Studios. 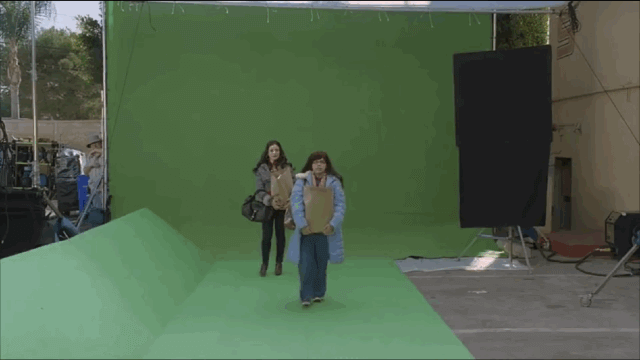 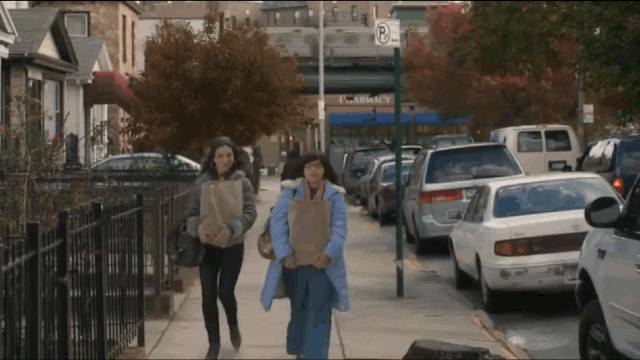 With the continuous advancement of technology, "invisible visual effects" have shown new uses. In the film Captain America: The First Avenger, the main character Steve Rogers needs to transform from a thin "little guy" into a muscular superhero, and Chris Evans, who plays the US team, is also the same. It is a handsome muscular man. 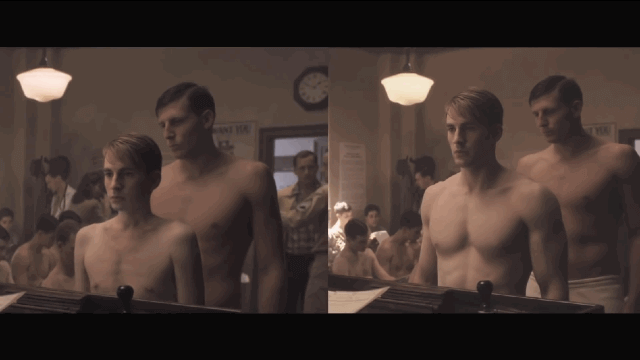 The production team did a lot of conceptual script testing, and the filmmaker recalled that in the scene where Steve was born again, “the door opened, many viewers expressed surprises. “Hey? How does he have muscle?” 'How does the muscle add to it? Actually, muscle is not a special effect, and the thin Steve is a special effect." 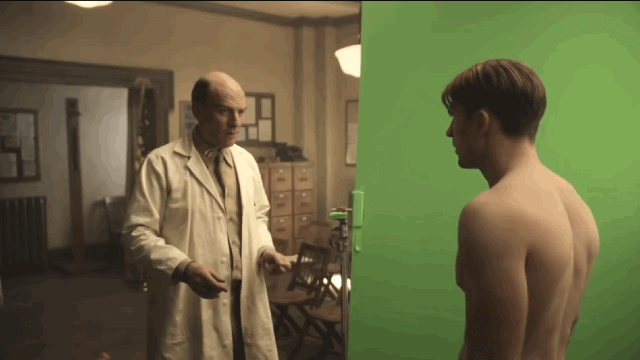 Therefore, under the efforts of the stuntman, meticulous preparation and digital synthesis, we have seen two different figures of the same person, and also added the weight of the story to the story as a “stealth special effect”.

With the continuous improvement of production technology, the simple "changing head" can no longer meet the project requirements, and then there is a "reverse growth" production, which can make the actors in the film younger than the actual age. 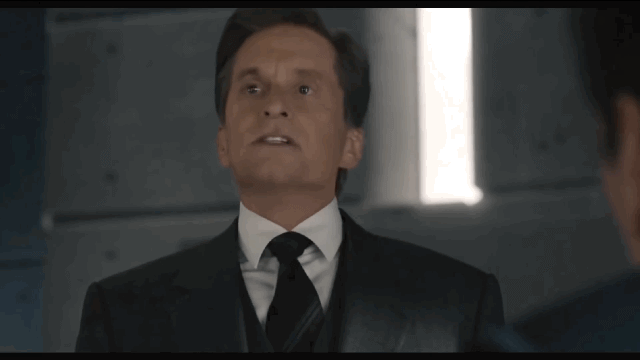 For example, in Ant-Man and the Wasp, Michael Douglas, who plays the role of a generation of ants, Dr. Hank Pim, with the help of visual effects and digital effects, the effect of "reverse growth" is very real.
The same technique has been used in the TV series Westworld, which we have already shared in the previous article. The Swedish-based VFX team, the Important-Looking Pirates, gave Anthony Hopkins a "reverse growth" process.
In the film Captain America: Civil War, the "reverse growth" technique that brought Robert Downey Jr. back to his 20s was the ultimate. Although it can't be called "invisible visual effects" in the true sense, the audience will certainly realize that these young looks are made through complex techniques, and indeed lead a new direction - digital human characters. 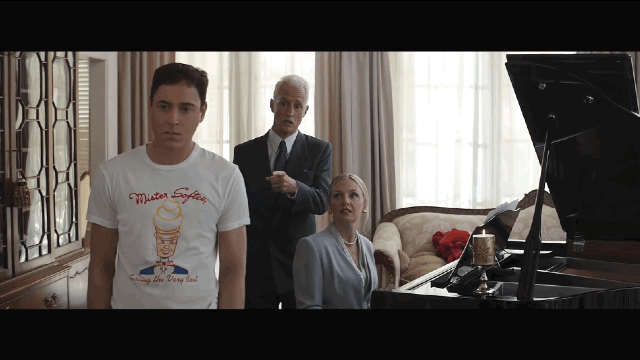 As for the digital personas we have also introduced before, although there are many attempts that are not successful, they do exist. Through technology, people can create a realistic 3D face model, and sometimes it is true that it is true or false, but once it is moved, the problem comes. 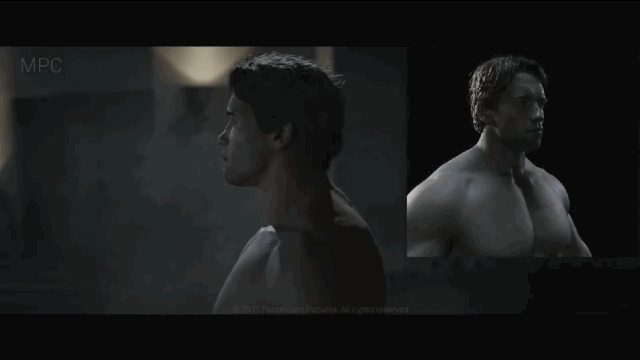 For example, Terminator Genisys. The young Schwarzenegger 3D model doesn't seem to have anything wrong, but it's a bit of a talk... because facial expressions are still very complicated to handle, and any subtle but unnatural change can be seen by the human eye. from. 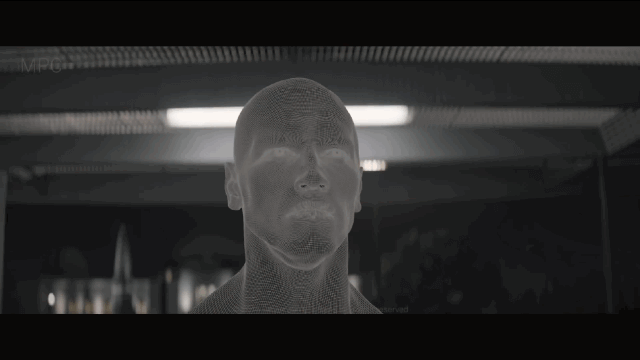 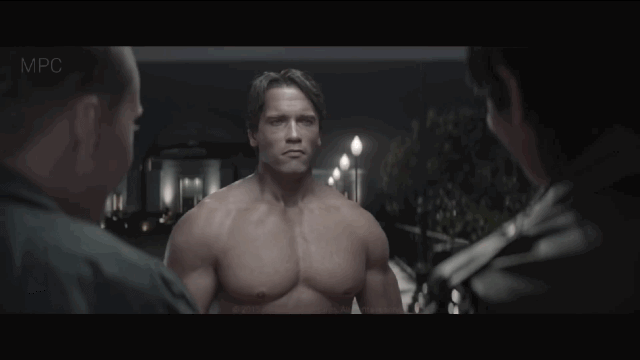 The most successful digital character is Rogue One: Princess Wilhelm Tarkin and Princess Leia in A Star Wars Story and Rachael in Blade Runner 2049. 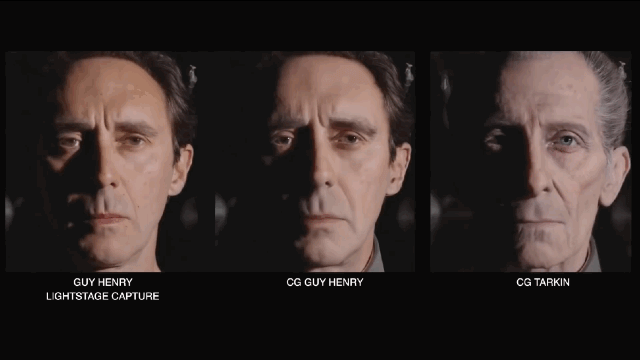 There is also the Children of Men, directed by Alfonso Caron in 2006. The newborn in the lens is completely digital, although you may not notice this, but it does allow the audience to feel the whole story more immersively, while avoiding the uncertain problems of using newborns. 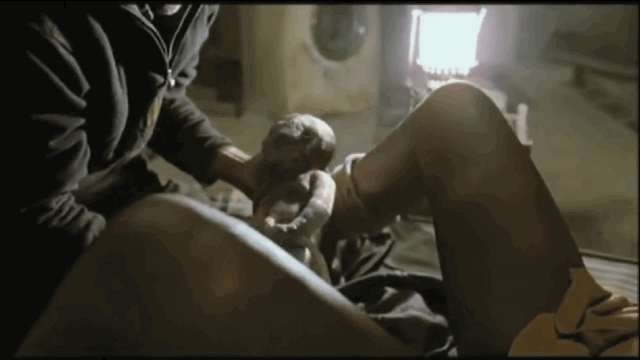 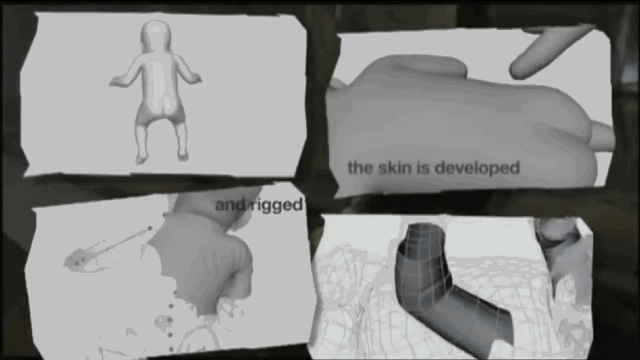 The development of “invisible visual effects” experienced simple element replacement, scene extension, and face changing. The reverse growth of actors or the reappearance of the screen of the deceased actor and the appearance of digital characters brought the film’s rendering effect. Unlimited possibilities, we are also very much looking forward to visual effects and non-visual effects technology to continue to develop.

Previous: Is This Simulated By Houdini? No! This Is Max!

Next: The VFX History And Future, Let’s Talk About The Invisible Effects In The Movie (1) 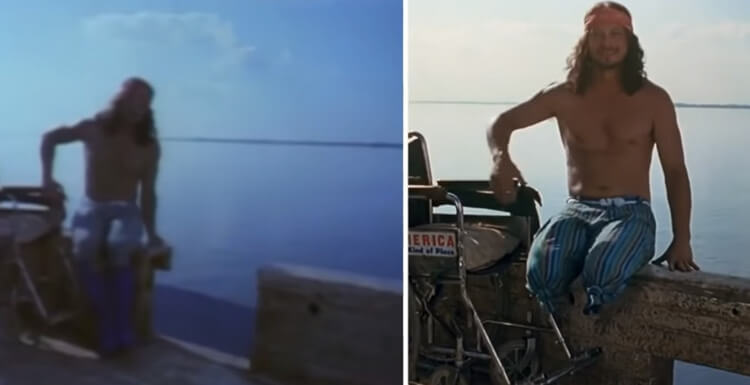 The VFX History And Future, Let’s Talk About The Invisible Effects In The Movie (1)
When you talk about visual effects and CG production, the first thing that comes to mind is the cool masterpieces that are heavily invested, costly, and synthesized by computers. The world, characters, and monsters in those movies. The effect is realistic enough to make it stand out. To be honest, it's hard to find a movie or TV series that doesn't contain any VFX production. You may refute this point of view because there are a lot of visual effects that you might not notice. These parts may seem ordinary, but they are crucial to describing the story. We call it invisible effects. Today, let's take a look at its history &amp; future. For the first time, the term invisible effects should appear in the 1994 film Forrest Gump. Even such a biographer/inspirational film contains 120 visual effects shots, which makes people have a new understanding of the Industrial Light &amp; Magic, and sent the ILM to the Oscar. When we first watched Forrest Gump, we couldn't immediately detect all the visual effects shots. For example, the opening of the film, the lens followed by a feather fluttering, fell to the role of the foot. Needless to say, everyone knows that this lens is impossible to achieve by shooting alone. What is the real situation like? I took a feather and floated in front of the blue screen, made an animation, synthesized it onto the original material, and let the CG feather fall to the position of the real feather. It was then Tom Hanks to pick it up. An important episode in the Forrest Gump is that one of the protagonists, Deng Taylor, lost his legs, which is undoubtedly a special effect shot. First, wrap the actor's legs in blue cloth and wipe off your legs during production. There are also some elements that are added during post-production. For example, this piece of table, this part of the wall, is exactly where the actor's legs will meet. Another audience that is less likely to notice is the shot of Forest Gump playing table tennis. In fact, there was no table tennis in the whole process of the real shooting, and the actors and actresses were there to perform in the "cloud". As for table tennis, it is all about post-production and smashing, including the lens of Forest Gump's dedicated training, and finally, it shows a real and smooth effect. Nowadays, visual effects are also widely used for the production of a large number of people. In Forrest Gump is the use of digital synthesis, showing the effect of hundreds of people, quietly, but in fact, there are only more than 1,000 extras on the scene. These people took several shots in different places and then synthesized them into a scene. To say that Forrest Gump is a bit far from now, let's adjust it a little closer. For example, the film The Wolf of Wall Street, directed by Martin Scorsese in 2013, is also an example of the ultimate use of Invisible Effects. Let's take a look at the following visual effects analysis to fully understand it. In fact, it is a scene extension of the main screen. For more, coming soon...
More
2019-02-19