Because TFD (Turbulence-FD) is compatible with Cinema 4D and can preview the fluid and model interaction in real-time, TFD is almost the first choice for fluid simulation in Cinema 4D. With Redshift, the smoke of the TFD can be illuminated by the scene light, and if it is a simulated flame, the flame itself can provide a true global light illumination effect as a light source.

Lighting smoke requires adding Redshift lights and increasing the Contribution Scale in the Volume tab of the lights. At the same time, add the Redshift Volume material to the TFD Container.

To render a flame with smoke, you need to set the Scatter and Emission channel sources in the Volume material.

How to render TFD smoke fluid

As shown above, there is a solved TFD Container in the scene. Because it is only intended to simulate smoke, only the Temperature channel is opened in the TFD. And the whole scene only uses one Dome Light for lighting. If you want the smoke fluid to be illuminated by the same light source, then you need to increase the value of Contribution Scale under the Volume tab of Dome Light. The higher this value, the more the fluid is affected by the light source.

For smoke (non-luminous), the most important are Scatter and Absorption. These two parameters need to be adjusted at the same time.

Comparative image of 2 parameters in the official document

In the Volume node's Advanced tab, you can adjust the overall transparency and projection of the fluid.

In this case, if you want to simulate the light and thin smoke, so lower the New Max in the Density Remap Range, the following is a comparison chart.

If you render the fluid separately, you can use the Denoise noise reduction that comes with Redshift, which will be faster.

How to separate smoke fluid

Unlike ordinary materials and models, Redshift cannot separate fluids through direct AOV. However, the separation effect can be achieved indirectly by separating the lighting effect of the fluid or rendering the fluid alone on a black background.

Add Volume Lighting to AOV Manager so that the lighted part of the fluid can be output separately.

Volume Lighting effect, the disadvantage is that if there is occlusion in front of the fluid, the resulting smoke effect will be incomplete. It is recommended to render the fluid separately.

Separate rendering method: Group other models except fluid, add Redshift Object tags to the group, check Override in Visibility, cancel Primary Ray Visible. This can hide other models, and retain the scene model's interaction with the fluid.

How to render flames and smoke

A simple burning effect was made using TFD. Because the flame and smoke are to be rendered at the same time, both Temperature and Density in the TFD Emitter must be given certain values.

The scene has a special area light to illuminate the smoke part of the fluid.

Scatter and Absorption mainly control the smoke part, and Scatter's Channel is set to TFD Density.

Emission controls the flame part, and Channel is set to TFD's Temperature. Scatter controls the flame brightness, the bigger and brighter. Emission Remap Ramp maps the specific color of the flame, and the left side of the gradient bar corresponds to the low temperature. Click to adjust the prefab, there are common flame swatches.

Because the flame itself is a light source, this flame also produces a global light effect.

Next: What is rendering in the cloud? 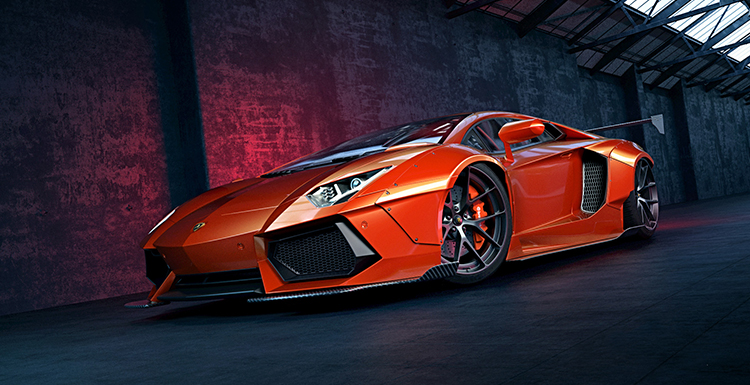