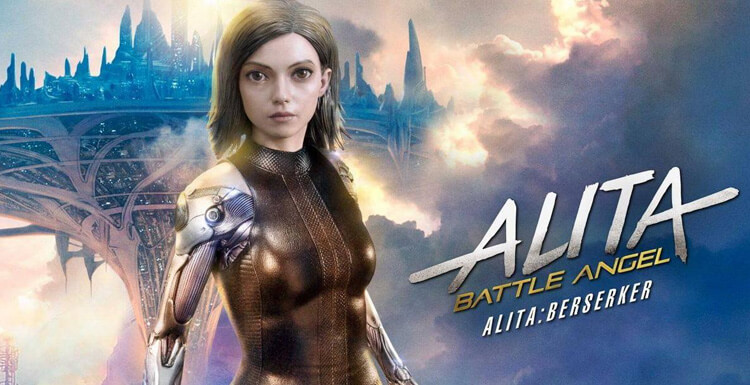 On February 22nd, the film Alita: Battle Angel was released in mainland China. The film was adapted from the sci-fi comic book Gunnm published by the cartoonist KISHIRO YUKITO in Japan in 1991. The original work not only has a great historical background, but also has a story about in-depth discussion of human nature, memory and social issues.

I haven't read comics. It's said that the film' s reproduction of the film is very high, but I can be sure that the adapted film is a success. The humanity, society, and future issues discussed in the film are not 20 years old. I feel outdated.

The story takes place in the post-apocalyptic era after the collapse of the 26th century civilization. After the Battle of Heaven, there is only one Sky City left in the world: Zalem; there is only one city left on the ground: Iron City, where the survivors gather around the world, humans and mechanical reformers live together in the abandoned Iron City below Zalem, looking forward to I can go to Sky City to live.

In the world of Alita: Battle Angel, there are also three spaces like heaven, earth and hell. The highest level is the sky city Zalem, the middle is the Iron City where ordinary people live, and the underground is the devil's residence.

Nova, who is in charge of Zalem' s supreme leader, is full of eyeliners in the world and seems to know everything. Through the organization and shackles on the ground, the factory and Vector, the rules of the earth to rule the world on the ground, and even the underground demons are under his control.

In order to maintain the stability of the rule, the factory does not allow Iron City people to have weapons that can threaten Zalem. Those who break the law will be rewarded and be chased by bounty hunters. It can even be said that people will not even have the idea of "resistance". Everyone is involved in the maintenance of this evil system, and resistance is only a very small number of people.

Although the film is not burning, the narrative is not complicated, but the world view constructed by the film is quite complete.

I watched this movie twice. The film does not construct a new world. The scenes, humanity, rules, and worldviews are all moved from our world.

Perhaps the key to sci-fi movies is not to build a lame world, but to hope in the real world through futuristic language, to explore the future, but to open up the desires of the people and explore that real and reliable hope.
In this world, human beings are like a "junkyard" with no trust, no virtue, and a weak flesh. People are disappointed with the real world. Entering Sky City life has become the only hope. People trade through the black market, earn hunters' bounty, participate in the mobile ball contest... and win the opportunity to go to Zalem at any cost.

Seeing their determination to dream, looking at Zalem every day, meditating on the future in the sky, I feel embarrassed. In contrast, my hope for heaven is so weak.

From the movie category, this is a sci-fi movie, maybe it can be labeled with action movies and romance films. Of course, a mature story will not only discuss one problem.

Some people say that the plot of this movie is very old-fashioned and illogical. The protagonist has a thick aura, a single love line, and a narrative. If you just think of it as a science fiction film, you can't tangled these details, but from the perspective of science fiction, this Alita: Battle Angel is not too surprising. Interestingly, however, if you look at the film from the sci-fi category, you will find it very different.
I have to admit that this Alita world is like the world we live in.

All good movies and stories have realistic meaning and humanistic care. Science fiction films are no exception. Of course, this is only my personal opinion. Instead of Alita: Battle Angel is a science fiction film, I prefer to think of it as a film combining realism and romanticism with special effects skills.

So a sci-fi movie like Alita: Battle Angel, futurism is the carrier of narrative, realism is the connotation, responsible for the essence of the narrative. Of course, the main attraction of science fiction films is futurism, which cannot be ignored. The New Yorker magazine commented on this: Alita: Battle Angel's futurism is far more substantial than the world of Ready Player One.

My views are roughly similar. In science fiction movies, the two should be equally important, but for those who watch movies, perhaps more important is to see the reflection of the real world.

Prototype and metaphor of the science fiction world

I don't know if the setting of the movie world is unique. All the characters, events, and scenes remind me of the world of biblical revelation.

Alita represents justice against evil. She is the only survivor of the Fire Union, carrying the task of defeating Nova to destroy Zalem. Perhaps the battle of three hundred years ago was the encirclement of human evil forces?
Although the fire union defeated the end, Sky City has only one left, but from the situation three hundred years later can also see the post-war Sky City tightening of the ground control, and even the Fire Union is portrayed as an enemy.

In the world of Alita, she is the "savior", not only the evil, but also the "redeemer" of the people around her. For example, Dr. Chiren's transformation, she was extremely selfish in Nova's eyes, unscrupulous for the purpose, but was demoted by Alita and withdrew from the evil camp. And Hugo, his freedom from accomplices to conscience, is the result of Alita's redemption.

High-quality sci-fi movies are more or less in the discussion or interpretation of the theme of salvation, which in turn is related to the achievements and depth of the film.

What is really powerful for Alita is her essence. As Nova said, this powerful power does not come from her body, but from her heart. The ability and memory left by the "previous life" have been leading her, and the battles have gradually reminded her of her identity and mission, and finally remembered everything after her "resurrection."

The most crucial battle in the movie was a battle between Alita and Grewishka at his home. Before entering the underground, Alita smeared the cheeks of the stray dog that was murdered by Grewishka and repeated, "I can't stand by in the face of evil."

In the underground battle, Alita almost died for a lifetime. Finally, with the help of Hugo and others, he escaped from the clutch and his body was completely destroyed. Then, Ido changed his mind and put Alita on the body that matched her strength. This is the rebirth of Alita and the resurrection of the dead. Really changing the people around Alita is also Alita after the "resurrection in the dead."

This crucial battle made Alita "fall in the underworld, better than death", but when he came back, he had the most powerful ability in the world.
Hugo, in my opinion, is the first supporting role, and his relationship with Alita also constitutes the main clue of the film. If the father-in-law Dr. Dyson Ido brings Alita into the world, Hugo is the one who really accompanied and led Alita to grow up.

Hugo was originally a street gangster, specializing in robbing the parts of the man (semi-robot) and selling it to the black market. Until one time, Hugo and his partner were hired by Vector to dismantle Kinuba's powerful new weapon. But this claws happened to be in the hands of Grewishka by Dr. Chiren, and Alita's life was almost in the battle of the underground. Hugo is condemned in his heart, and the transformation begins here.

Hugo then worked with Vector again to scam Alita into the arena and enter the almost dead trap. Perhaps Hugo didn't know Vector's conspiracy. He only played the role of Judas. After seeing the conspiracy, he decided not to do anything for Vector, and then completely repented.

At the end of the film, Hugo said the last sentence to Alita before he died, "Thank you, save me." Obviously, he refers to the awakening of his own soul (conscience).

Spiritual awakening is the highest level of salvation.

Of course, other characters are also worthy of analysis. This is a group of poor people, wandering, but dreaming of going to heaven, just like us.

Perhaps Alita: The Battle Angel team didn't put too much energy into polishing the story. The narrative was relatively peaceful, there was not much tension, and the plot transition was more common. The old-fashioned ending seems to also reveal the hope of the people in the real world.
In fact, what they really need and really pursue is not in Zalem, just as Dr. Chiren finally said when he rejected Vector. Zalem is only a desire in the human heart, and the biggest one. The essence of this desire is to escape from reality - from the control of God, into the sky city to replace God (or sit with God), the result of this desire is to perish, no one has escaped.

The film itself is not that important, but the reality of care and transcendence pursued by the film is worthy of repeated chewing.