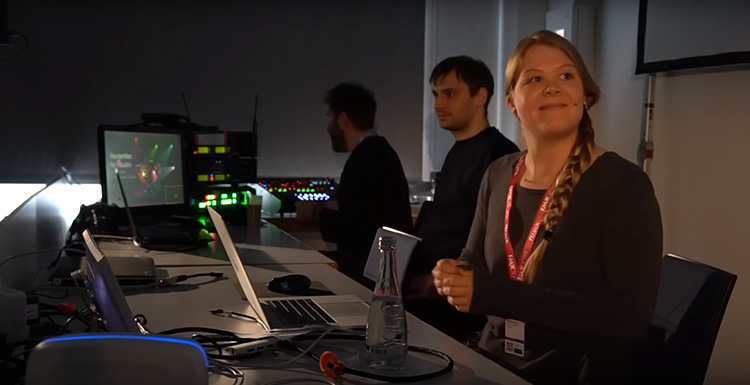 Renderman For Houdini 22.5 Has Released

The Renderman operation is too cumbersome, and Pixar is an animated production company that doesn't seem to care much about Renderman's sales. The user interface is not friendly. Unlike other mainstream renderers, not only is the user interface friendly, but new features are quickly followed up—for example, the previous big renderers announced support for RTX. Redshift is becoming more and more everyone's choice. Under this pressure, Pixar is not only introducing the user-friendly version of Maya, but also supporting the Houdini in 22.5 and launching the independent Houdini plug-in. Improved Houdini's internal use of Renderman's experience.

For those who don't know about Renderman, it's quite obvious to say that Renderman's advantage is obvious. As a fist product of Disney's Vice President Dr. Carmoth, Renderman has evolved over the past few years, from the previous REYES to the current Path Tracer, the rendering effect is more realistic and delicate. A. Industry standard Renderman is the industry standard for Hollywood movie rendering in the United States, and almost 90% of US effects films are rendered by Renderman. The history of Renderman is basically the history of the development of Hollywood digital effects. Because there are too many movies, I can't wait to say more. Take 2019 as an example, as of now, 16 special effects films use Renderman. The Avengers: Endgame Captain Marvel Godzilla Shazam Pikachu Spiderman: Far From Home Lion King Toy Story 4

B. Ease of use Renderman is not as difficult as it used to be. The previous Renderman was cumbersome to use because its positioning was "programmer friendly." So basically don't care about the graphical user interface. However, the newly released 22.5 broke the previous practice and designed a very friendly graphical user interface in Houdini. Because Renderman has visual material presets, the experience is very similar to Keyshot, just drag the shader to the window. Renderman's own rendering window "IT" is also powerful, not only can select objects directly in the window, but also directly select the material. Basically you can look at the rendering while modeling. Real-time segmentation and replacement is also a powerful tool. Now "IT" can't be integrated into Houdini's interface, you can use the T button to set the top.

C. Speed Renderman is not slow now. Pixar did a lot of optimization work on Renderman's rendering because the renderer didn't want to wait a long time to see the results. So 22.5 has a significant improvement in the time of the first pixel compared to the previous generation. Take an interior scene as an example. The Renderman20 takes 201 seconds, the Renderman 21 takes 3 minutes and 58 seconds, and the Renderman 22 takes only 4 seconds. From the rendering speed, it is about 10% to 15% higher than the previous generation. Now GPU rendering is also the trend, so Pixar is also actively developing XPU (cpu, gpu hybrid rendering). If Renderman's magical algorithm can be integrated into the GPU, it will be a huge impact on the industry.

A. High frequency details are rich Digital Domain has been doing digital human resurrection work, such as Michael Jackson's concert, after comparing various renderers, they found that Renderman's high-frequency details are the most abundant, which can produce very realistic effects. In science fiction films, high-frequency detail can significantly improve the scale of the scene, allowing the director to pass. Especially in the future production of digital real people, Renderman's prospects are very optimistic, because the human eye is too sensitive to humans.

B. Bight and dark transition Comparing the various renderers, it is found that from the very early version, Renderman's handling of light and shade is special, and there may be black technology from MIT Media Lab. So Renderman's rendered images and film have always been seamlessly combined. In the past, Renderman has always had a strong reputation as “Fallin”, which means that film is very strong. Now the film industry has gradually entered the digital age, and Renderman is also trying to adapt to the new era. Nowadays, many Hollywood A-level productions still use film shooting, so Renderman is very compatible with both forms. C. The optimization of large scenes is obvious Renderman is especially good at big scenes and can handle a lot of data, probably thanks to decades of real-time optimization of Hollywood blockbusters. The special effects company of the TV series, SpinVFX, is actually not strong in technology. The operating system used is Windows. After using Renderman for production, the production efficiency is greatly improved because they have more sci-fi films and more scenes. Renderman, the first is that the chance of crashing is getting smaller, how can it be rendered. The second is the high quality of appearance, saving money and time. Comparing Unreal and Unity, is Unreal technically higher? Not, it makes the appearance more attractive. A large part of the production of high-quality CG lies in the choice of the renderer. The renderer represented by Renderman is seamlessly integrated into Houdini. The close collaboration between the two great god-level software will open up more possibilities. As Chris Rydalch, Director of Production Technology at Blue Sky Studios, said: “This new plugin is great. The integration is very compact, making our Houdini artists work in Renderman easier than ever! We are very happy to see the Houdini / RenderMan workflow become Getting better and better!" Renderman22.5 for Houdini opens up new possibilities.