As the leading cloud rendering services provider, Fox Renderfarm, continues to share with you the virtual production.

The Birth of Virtual Production

In 1978, Eugene L. proposed the concept of "Electronic Studio Setting", pointing out that future programming can be completed in an empty studio with only personnel and cameras, and the sets and props are automatically produced by electronic systems.

The Virtual Studio System (VSS) is a new TV program production system that has emerged in recent years with the rapid development of computer technology and chroma key.

In the VSS, the position and scenes of the cinematography are transmitted to the virtual system in real-time. The green screen (or blue screen) is cleared by chroma key to replace the pre-made virtual three-dimensional space model. Then the host or actor of the picture emerges with the three-dimensional virtual scene into a new picture. Finally, the compositing video can be displayed on the TV in real-time.

Actually, the virtual scene does not exist in reality, but the technology that seamlessly integrates with the real shot characters makes the virtual studio a reality.

Next: Virtual Production：Past, Present, and Future (1) 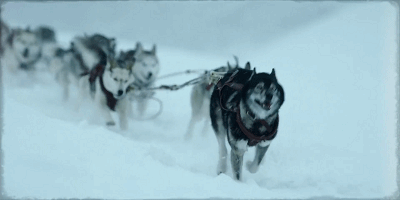 3D Tutorials: How to Make Dogs in Togo (1)
!3D Tutorials How to Make Dogs in Togo -19As the leading cloud rendering services provider and fast render farm, Fox Renderfarm will share you how to make dogs in *Togo*.The visual effects of *Togo* are produced by DNEG, Lola Visual Effects, and Soho VFX. The most impressive thing in the whole film is the loyal and brave sled dogs and the local weather. DNEG began production after shooting in October 2018. The cycle lasted for about one year. A total of 872 artists from 4 different branch teams completed 778 VFX shots. Next, we will divide the parts made by DNEG (CG Dog and Digital Environment) into three parts to introduce to you. 3D scanning of sled dogsThe husky sled dogs we saw in the film are not necessarily real, some are full CG, and some are CG replacements of a dog head. The sled dogs produced by CG need to match the real shots of the sled dogs. It will involve 3D scanning of real sled dogs, collecting reference materials, redesigning hair tools, building muscles and bones, and reconstructing the roaring appearance of the sled dogs.!3D Tutorials How to Make Dogs in Togo -28 Live shot 1. TestingDNEG has done a rocket raccoon with 800,000 hairs in "Avengers 4: Endgame", and has also tested wolves in previous projects, but has not done a dog, nor has it dealt with something like this Such a huge fur/hair production in the film.For the "Togo" project, they updated the internal hair tool Furball. Through some development and optimization work, they first created the largest amount of hair on a single dog as much as possible, and then met the hair of 11 dogs in 1 shot. In addition to the real appearance, it is necessary to simulate the state of hair with water, ice, and snow and its rendering effect.!3D Tutorials How to Make Dogs in Togo -22 2. 3D scanning of sled dogsDuring the shooting, DNEG performed two photogrammetric scans of 30-40 sled dogs in the studio using Clear Angle, one wearing summer clothes and the other wearing winter clothes. The dog handler introduces a single sled dog into the studio, first familiarizes himself with the environment, and then takes him to the designated C position. The scanning process must be completed all at once, otherwise, there will be no chance to do it again if the dog is scared away.There is a separate shed next to the Clear Angle shed, which is equipped with an animation reference camera, which can capture the detailed dynamics and characteristics of the sled dogs outside of the actual shooting, and provide reference materials for creating CG character bindings and assets.!3D Tutorials How to Make Dogs in Togo -12 3. From data to sled dogsA 3D scan of a sled dog can get feet, legs, head, and rough body volume data, but not including fur/hair data. Without hair data, it is impossible to analyze the muscle mass and the tissues under the fur. The solution adopted by DNEG is to manually measure the fur on the sled dog’s neck, back, tail, and other specific locations with a measuring tape in the small shed mentioned above.However, this method of creation is more based on the dogs involved in ideal, anatomy textbooks, not necessarily data-driven, and some specific details of the sled dogs need to be added on this basis.!3D Tutorials How to Make Dogs in Togo -21Real shot!3D Tutorials How to Make Dogs in Togo -6Final shotThe final creation is to customize the muscular system and the skeletal system, use Ziva Dynamics to create the muscle and fat system, Maya's nCloth to create the skin, the fur tool Furball to handle grooming, and Houdini vellum to handle the hair follicle dynamics.The production team found that a lot of fur movement actually comes from fat. The fur itself is very stiff and will not twist left and right. Instead, fat and muscles move around underneath, forming a feeling that the fur is moving. Of course, it also needs to simulate the effect of pulling the fur after putting on the protective gear for the sled dog.!3D Tutorials How to Make Dogs in Togo -3Real shot!3D Tutorials How to Make Dogs in Togo -9Final shotNow follow the TPN-accredited render farm and cloud rendering services provider, Fox Renderfarm to the next part: 3D Tutorials: How to Make Dogs in Togo (2)").
More
2020-08-27 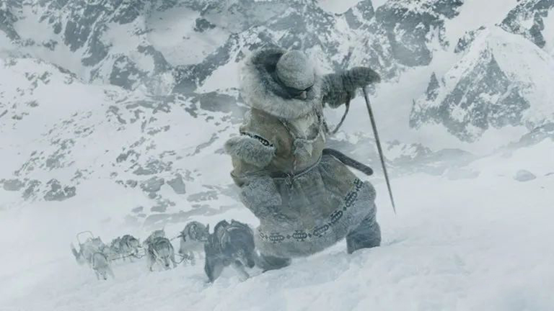