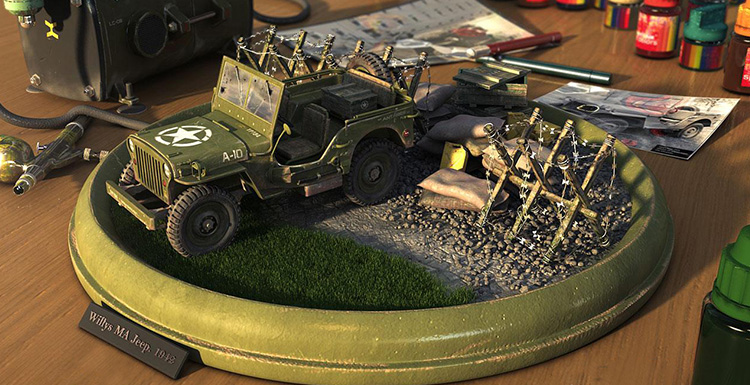 The first step in creation is a material collection, which requires careful observe and study of the structure of the car body. It is only after you understand the image and structure that you can start modeling, which will improve efficiency and prevent excessive modification. 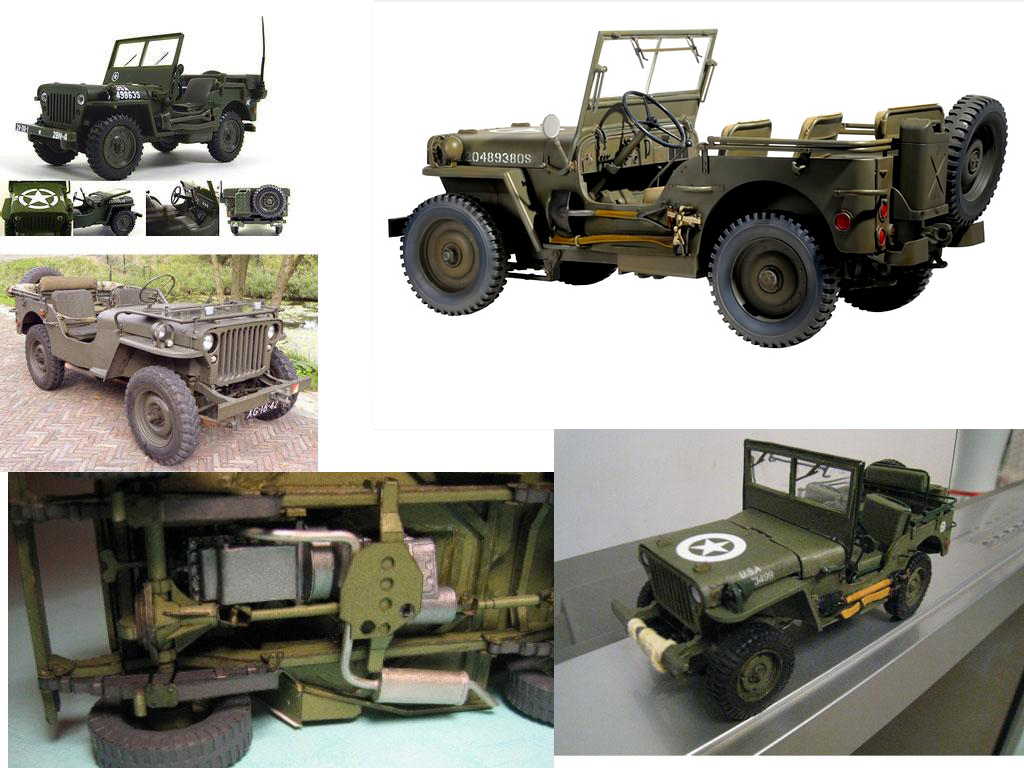 After the conception, the production started. The first thing to start is the creation of the model. The model here is mainly based on the mechanical body, so it can be done with the polygon modeling tool in 3ds Max. Since there are no shortcuts, only basic modeling ability and patience are required. Of course, modeling takes a considerable part of the time.

Considering that the vehicle has a certain degree of damage and dirt, it is necessary to specifically paint the damaged paint and dirt at a specific position, which requires UV splitting of some models. The UV split is using 3ds Max's default Unwarp UVW tool. The UV of the car body, tires, ammunition box and fuel tank must be split, and the small parts can be used without UV removal. Only UVW Mapping can be used with appropriate mixed materials (textures). Here only the UV split of some key models is shown, as shown below. 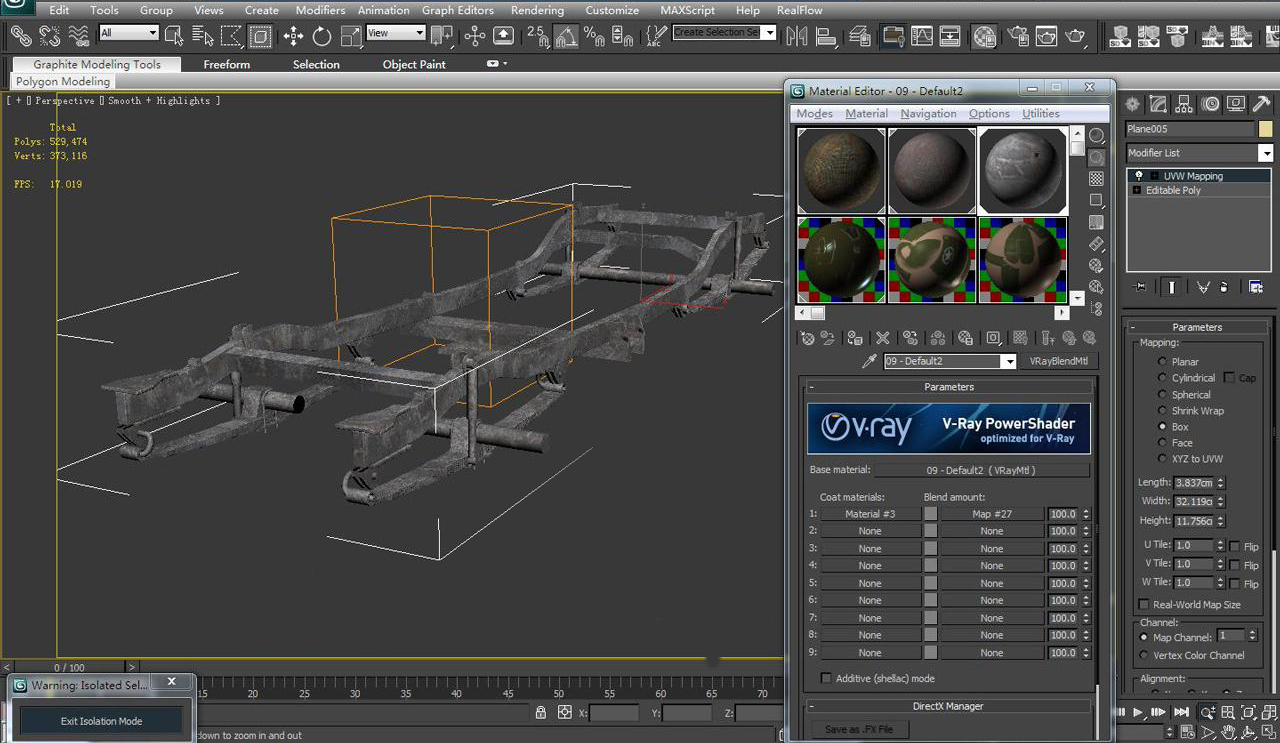 However, some models such as: steering wheel, seat, armrest, car suspension system including sandbags, obstacles, stones do not need to be split, but with UVW Mapping with Composite texture or VRayBlend Mtl material can be used, so for trivial small Objects can save a lot of time to remove UV and improve work efficiency.

There are also some models that are used with the VRayBenldMal material in conjunction with the UVW Mapping tool. 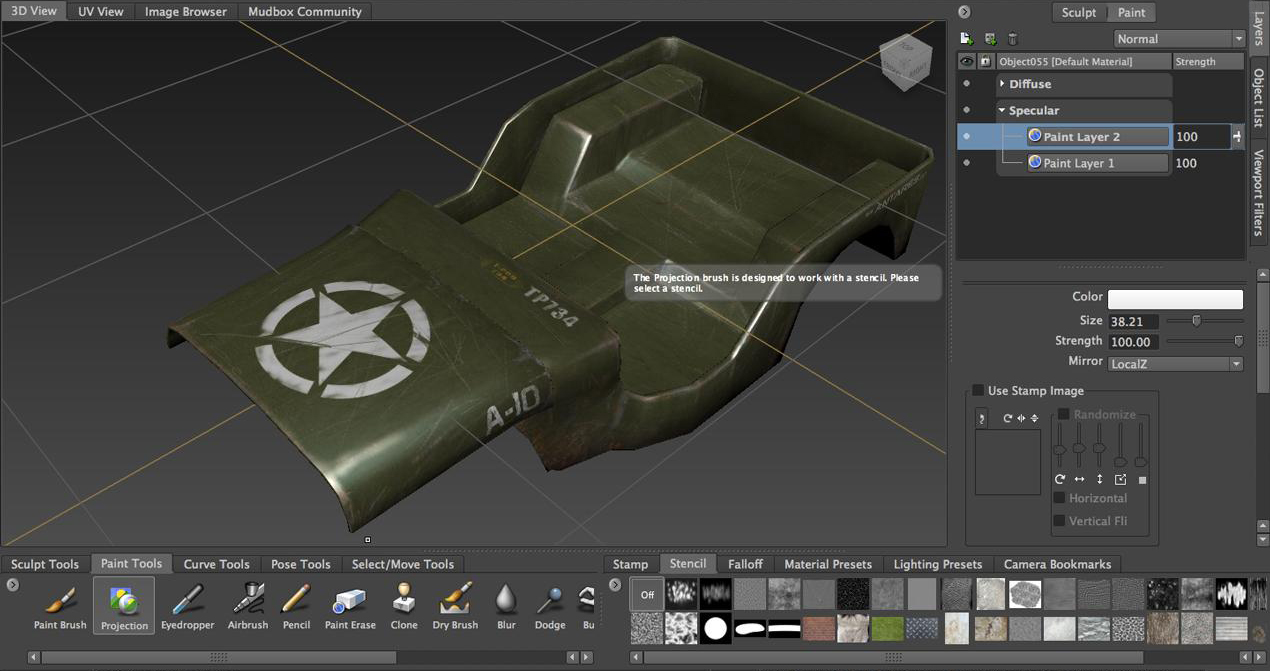 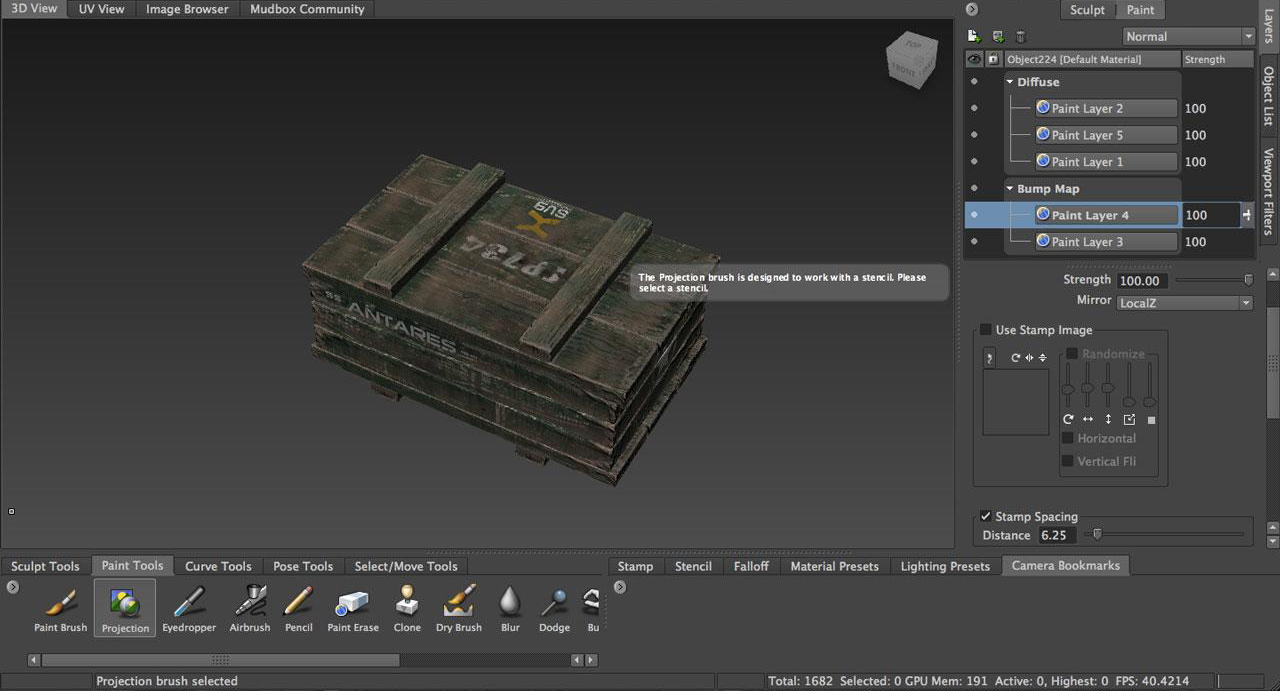 After the model UV is split, the texture map is drawn. The software used here is Mudbox2014. Mudbox is very powerful in drawing textures. The real-time model mapping makes the texture alignment and seam processing very simple and efficient. Very high. The display here takes the car body and the ammunition box as an example.

The main tool used in Mudbox is Projection, which maps textures, dirt, and LOGO to a UV-removed model. Since Projection can be projected with photos or processed images in PS, this can greatly increase the authenticity of the creation, so Mudbox's texture drawing is also widely used in next-generation game production and some film production.

After the drawing is completed, the texture is baked and output to the PS for further color correction and adjustment. In this example, the textures that I baked include: inherent color map, highlight map, and bump map. 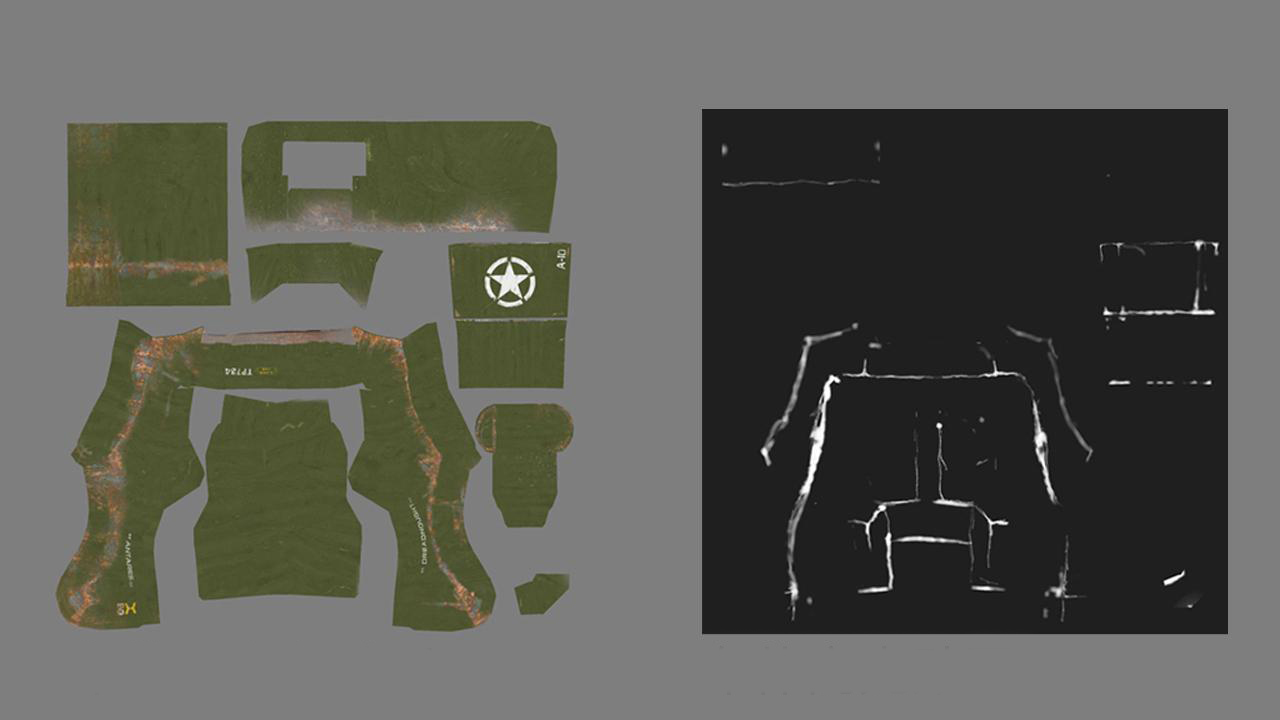 The final effect of the car and small scene: 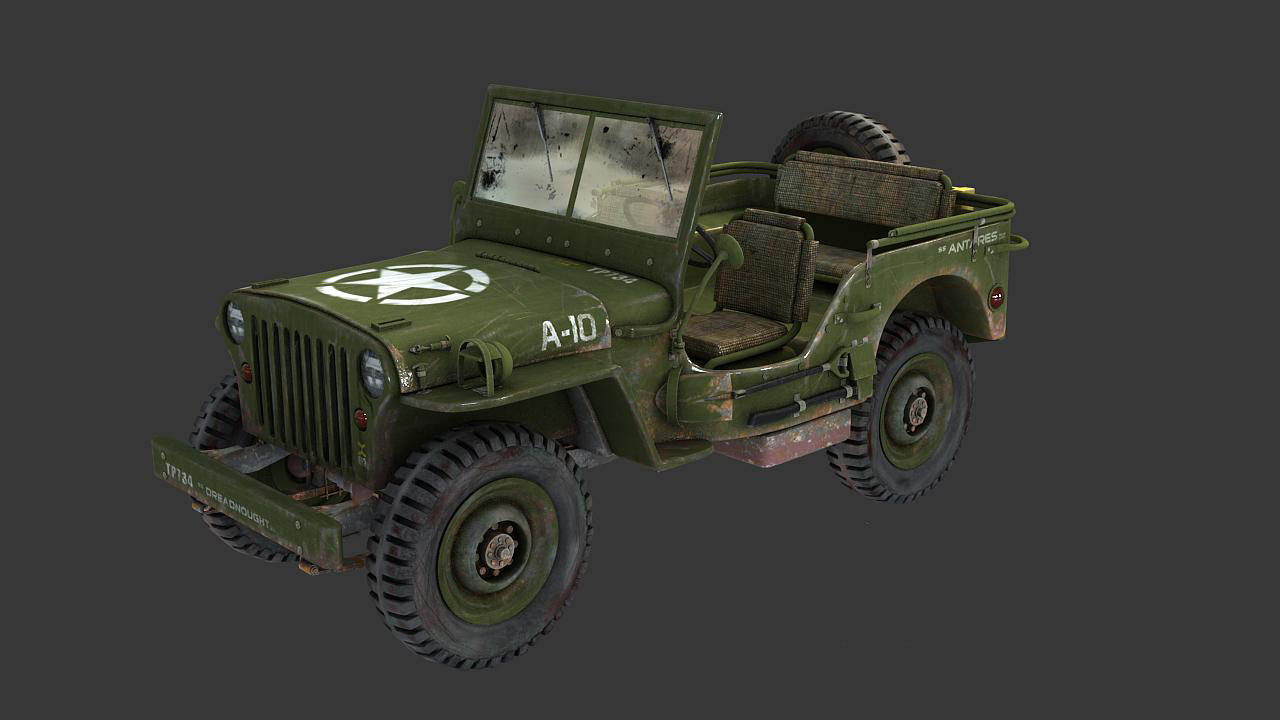 Since the ground is going to do some careful division, the ground UV is also removed and imported into Mudbox for texture processing.

According to the division of the texture (gravel land and grassland), the model of the ground is treated separately, that is, one side is the grass and the other side stone. The model of the stone is processed in 3ds Max, and the stone on the ground is brushed out by the default model drawing tool of 3ds Max. 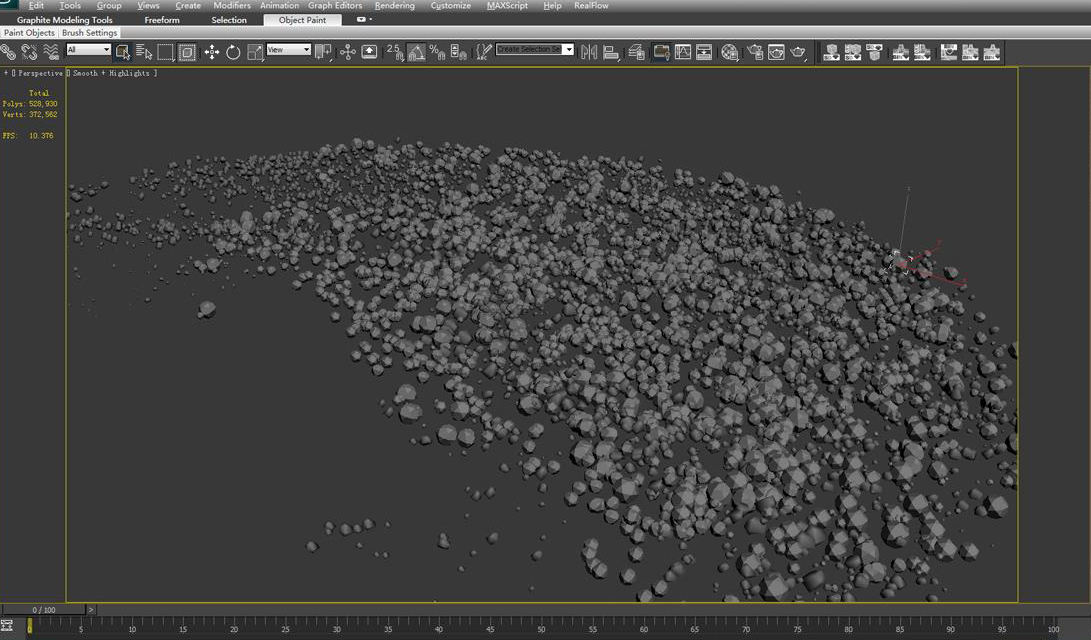 The grass itself uses a proxy model, and the whole grass is planted using the 3ds Max plug-in Forest. 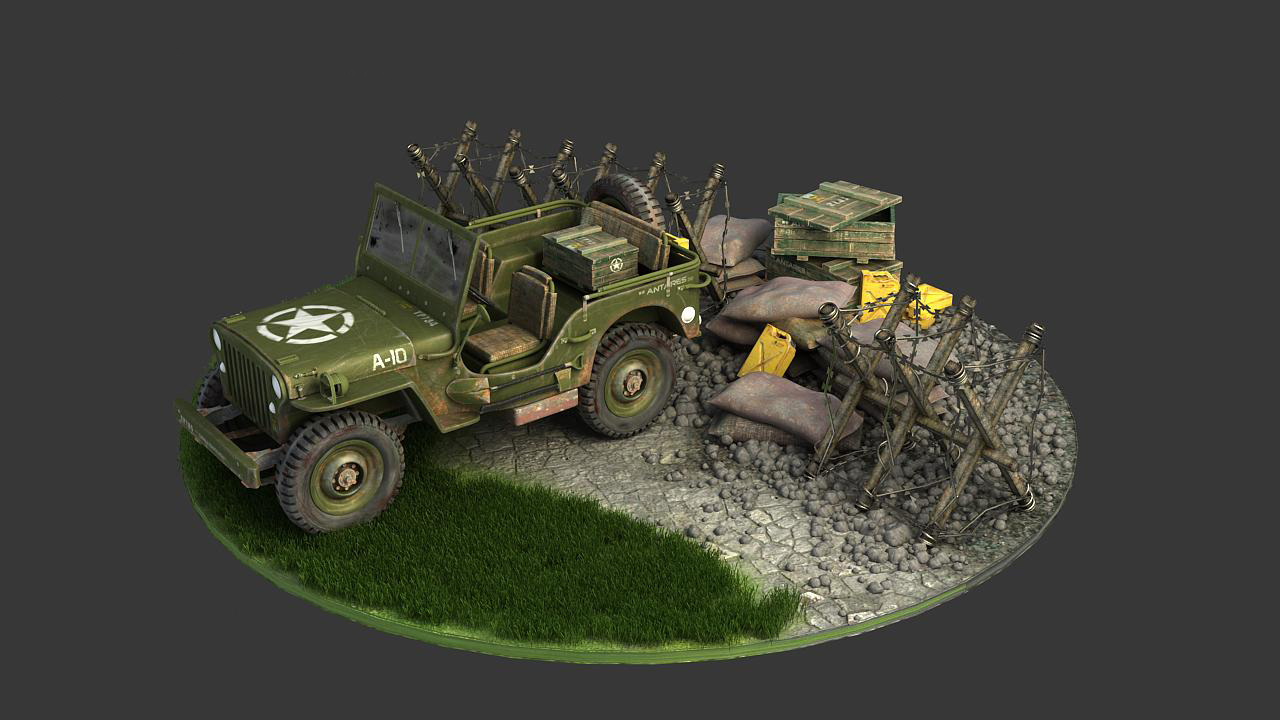 In order to have a strong sense of sunshine, VRaySun is used here because VRSun is better and simpler to show true sunlight. Putting it on the front of the model has a meaning of "bright guidance". The warm and bright light on the grass can also form a contrast with the obstacles on the gravel floor under the shadow of the back, the ammunition box and the sandbag. The specific light position layout is as follows: 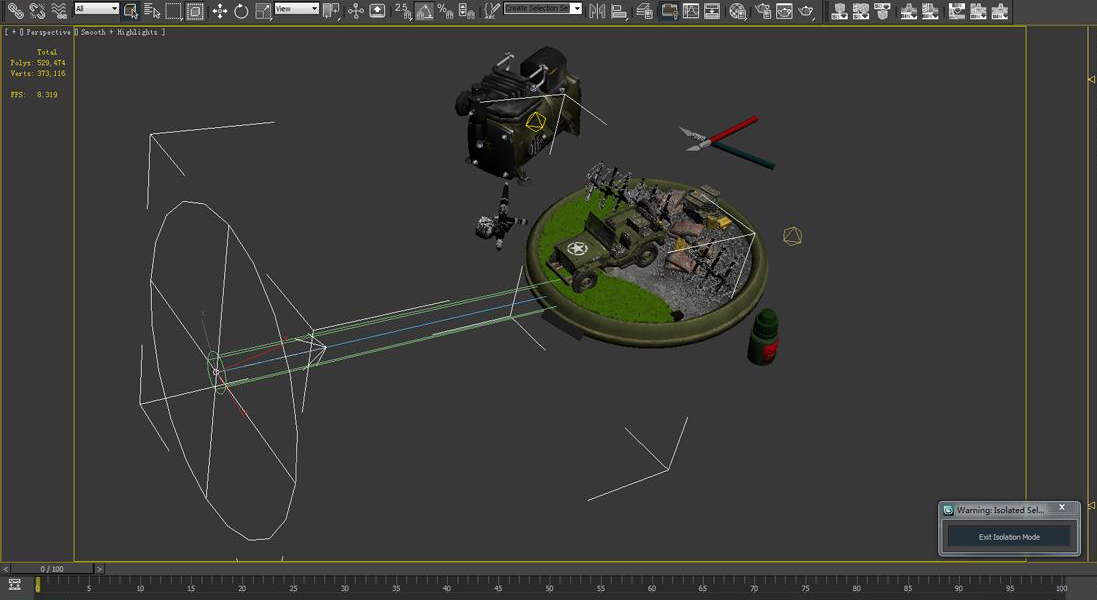 The main parameters of VRay specific parts are as follows: 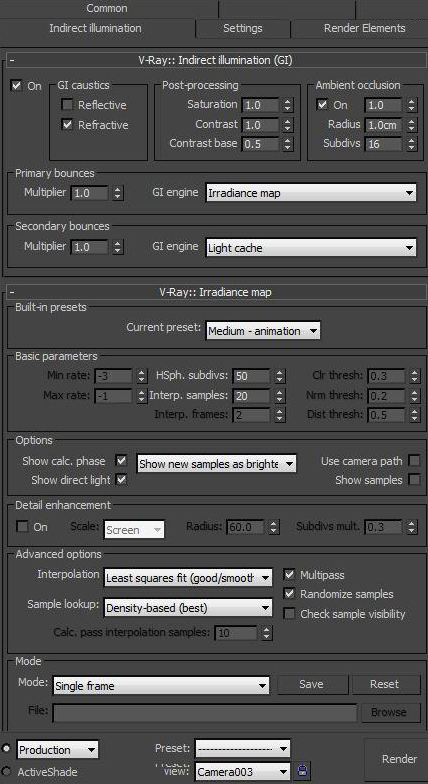 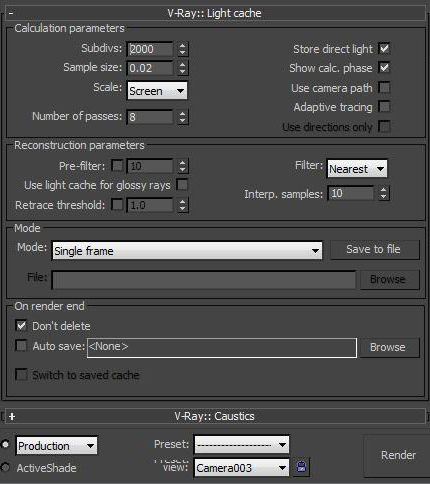 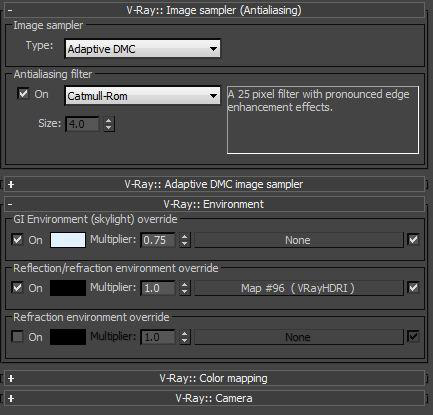 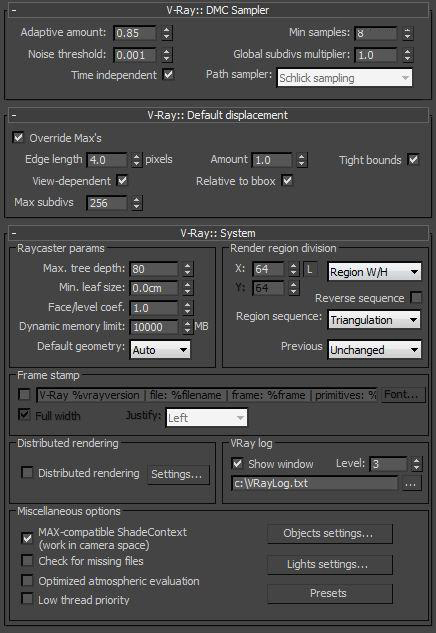 Post-production used are DF and PS. The output Z channel can be used as a depth of field and fog effect. The specific effects are as follows: 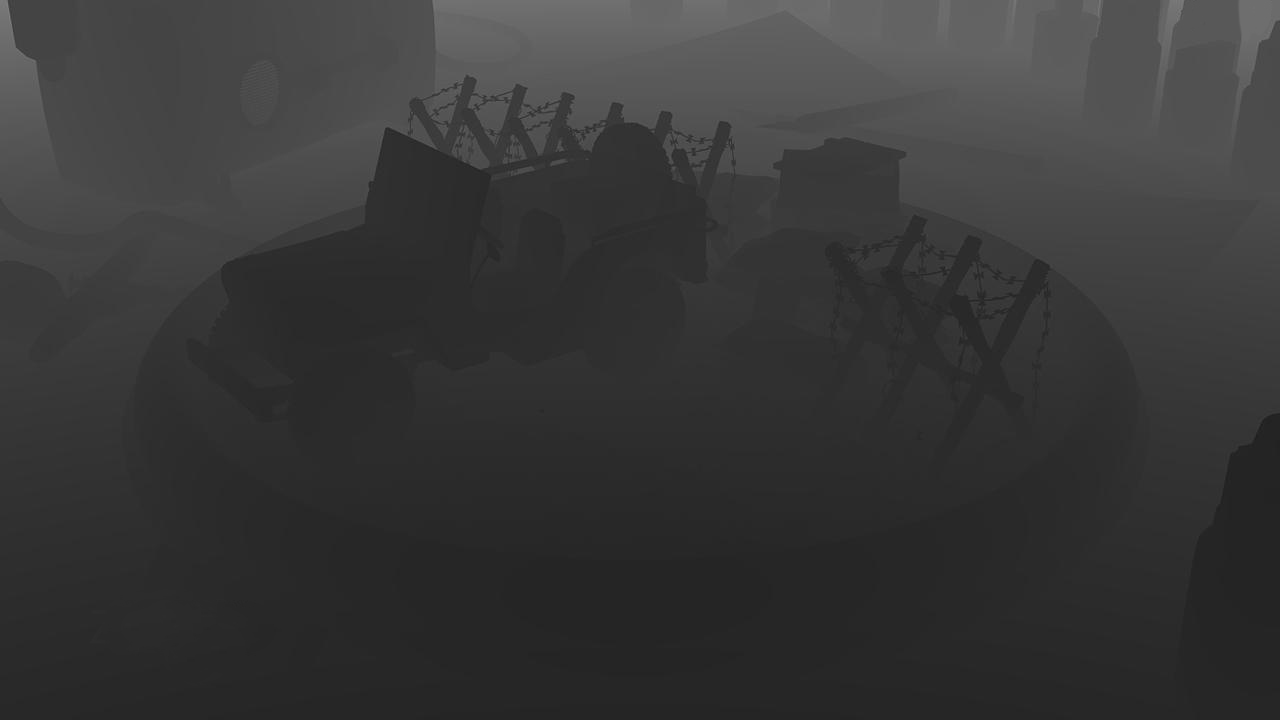 Depth of field effect selection is synthesized in PS. Of course, it can be added in AE or DF according to personal preferences and habits. In PS, you can adjust the depth of field effect by adding "Z channel" to Alpha in the channel layer and then using "Filter Blur Lens Blur". Basic color correction and fog and glow are added in DF. 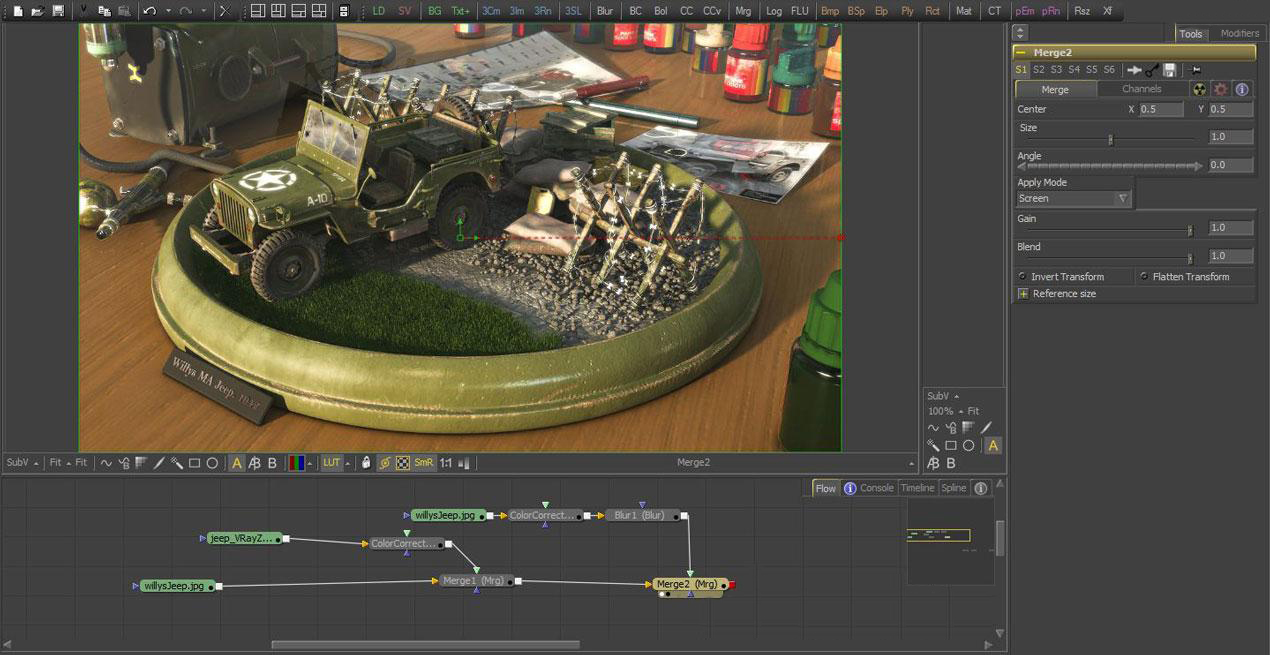 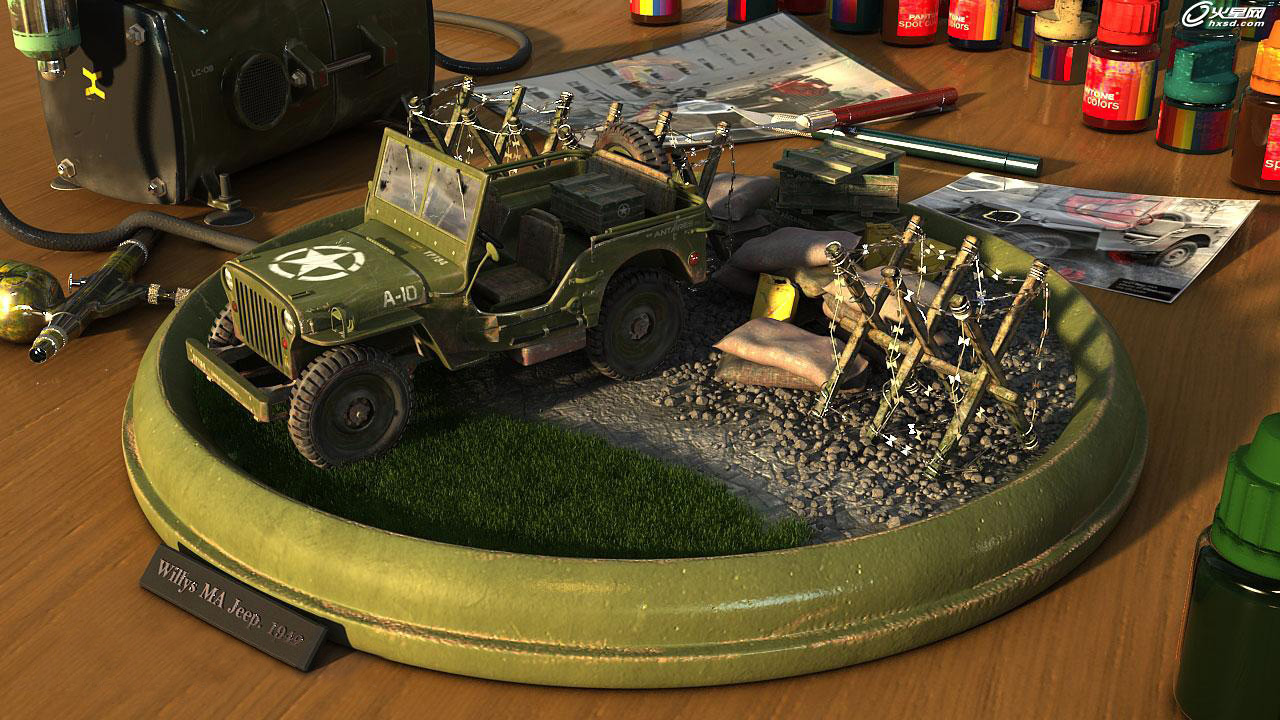 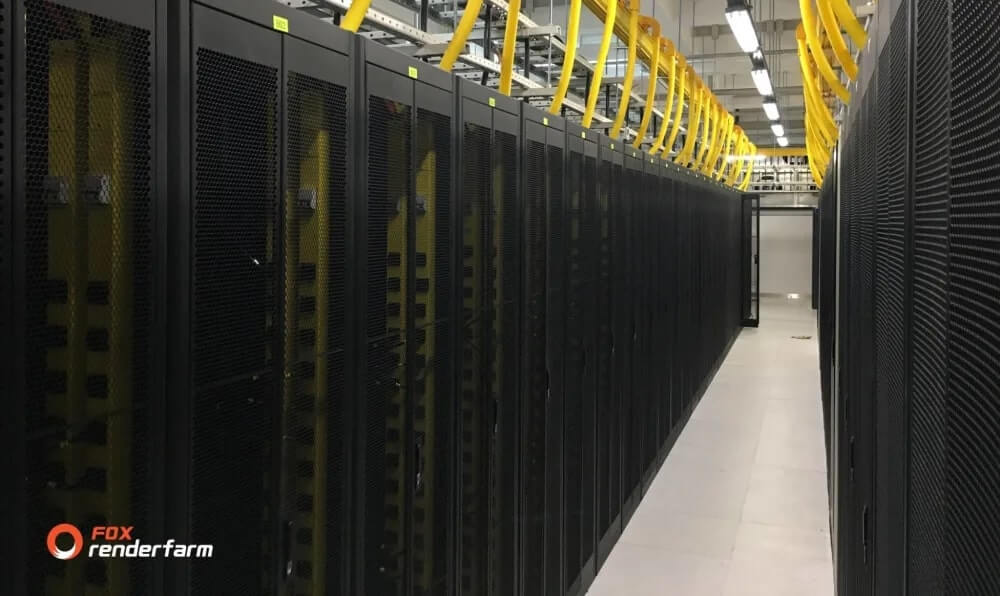 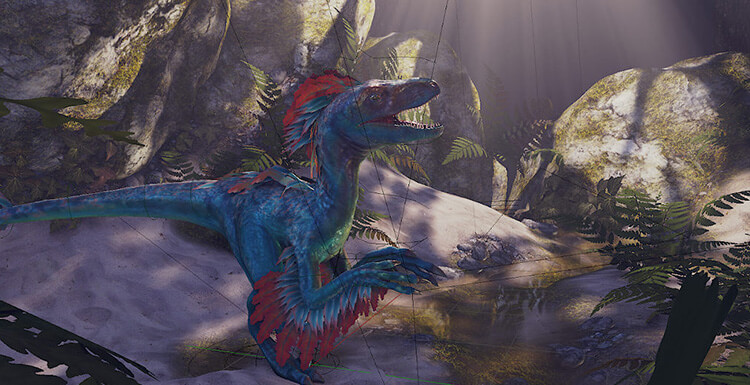 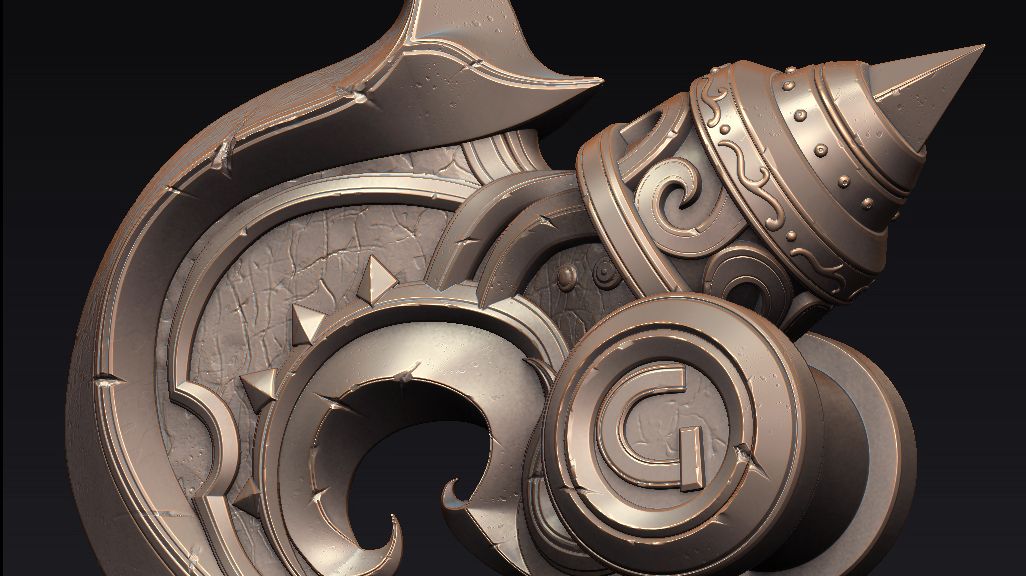