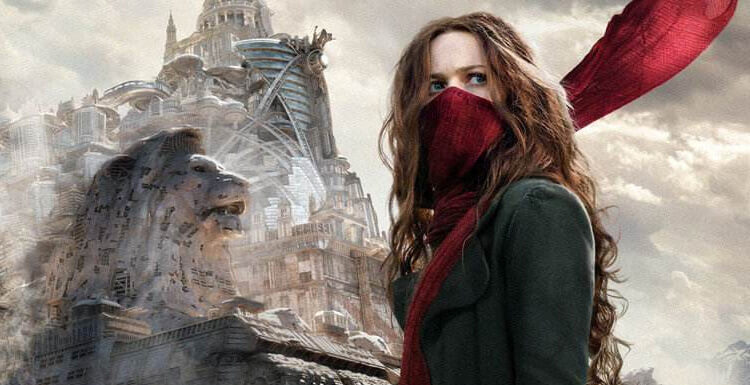 The new sci-fi epic Mortal Engines, which was produced by the famous director Peter Jackson, who directed the The Lord of the Rings and The Hobbit series, today released the Mortal Engines notice and role poster. The future world globe will become the "hunting battlefield". The tow city chased each other on the hunting battlefield. In order to seize more resources, London is more willing to fight the anti-traction alliance in the end of the battle. The speeding city, the giant airborne wing, and the killing of the nuclear weapons of the Quartet have made the epic battle of the glory shocking enough to subvert the audience's imagination. In the character poster, the four characters of the two camps are waiting for each other. The film will be released nationwide on January 18.

The new preview shows the audience the future world under the last days of the invasion - the era of traction. After a human war, the world’s resources have dried up. The surviving humans began to build cities on the giant wheel. The city of London swallowed and killed small towns in order to plunder rare resources. The earth also became a cruel and bloody hunting ground.

On the other side of the globe, there is a magnificent airport. A group of righteous people form an anti-traction alliance. They advocate colonization on static land and support their own population with their own resources. The images of life and death, weapons explosions, air battles, and defensive wall collapses between the cities in the trailer all reveal the cruelty and heroism of this doomsday war.

The advent of this doomsday war has also rewritten the destiny of everyone. The four protagonists in the character posters made a choice of destiny between the threat of war and the erroneous war. The terrible childhood experience of the heroine Hearst Shaw made her a woman who longed for revenge. But as the danger approached, she suddenly found herself part of the mystery of the war, and suspense identity sparked expectations. Tom, who grew up in the city of London, became the partner of Hearst's escape on the road. When they met the anti-traction alliance's main rebel army, Anna, their life trajectory changed completely. They will face the film villain Valentin.

Valentin was once respected by the people of London for his brave adventures and important discoveries. His research on the past made him think about the future, but in order to achieve his "goodness", he did not hesitate to do many evil things. It is his ambition that has pushed the world to a new and dangerous situation. In the face of the world to be destroyed by the City of London, Hearst, Tom and Anna joined forces against the anti-traction alliance and embarked on a journey to fight for peace and freedom for mankind.

The excitement of the battle of righteousness and evil is evident in the notice, and the founder behind this is Peter Jackson. Building a virtual world is what Peter Jackson and his team are passionate about and good at. They used six movies to create a stunning Middle-earth. This Mortal Engines also brought a new concept beyond imagination to the audience. The scene of the earth as a city hunting ground is breathtaking, and this huge hunting ground in the future world is a barren wasteland in Europe. When shooting the hunting ground, the crew built the set through scaffolding, polystyrene material, tons of mud and rubber paint. It is a vast organic land, criss-crossed with huge cracks and is full of destructive power. Traction tires left by the city. It is this desolate scene of the end, showing the different future worlds of Mortal Engines.

Mortal Engines is produced by Universal Pictures of the United States and will be released nationwide on January 18.