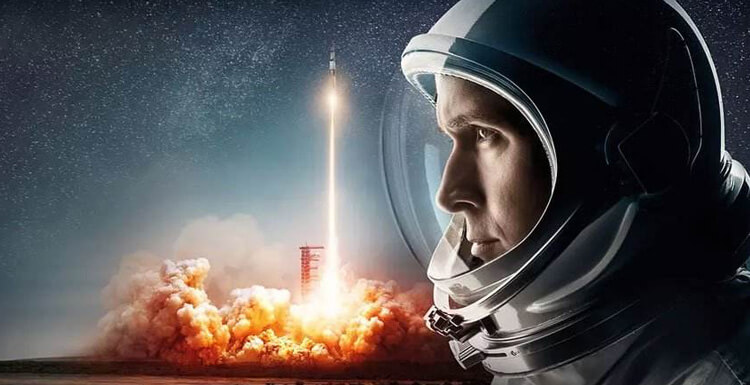 First Man Won The Oscar Visual Effects,But, Where Is Its VFX? (2)

Undertaking ‘First Man Won The Oscar Visual Effects, But, Where Is Its VFX? (1)’, many people may wonder why the wonderful travel outside the earth is so realistic.

First Man DFX supervisor Tristan Myles said in an interview that director Damien is trying to balance the visual effects of each shot to avoid the appearance of a particular lens, or let the audience find it to be a CG lens at a glance.

In order to let the audience immersively feel the width of the moon, landing on the moon, the surface effect seen at the moment of opening the hatch, all shot from top to bottom. The lunar area was shot in a quarry on the outskirts of Atlanta, especially like the "moon" surface. There are all kinds of rocks around, as well as craters. After shooting, you can remove some dust through the digital effects link, which will be more like the environment of the moon.

The CG team produced a model of the aircraft for the film. For some wide-angle lenses, the team needed to design 3D assets that fill the lens content; the medium and close-up lenses used miniature models and full-size models. The post-effects team also needs to fill the lens with some CG content.

One of the most important assets is the Genie target aircraft, which is orbiting the earth along the orbit and docking with the ATV. At the shooting scene, there is a model of the mating vertebral body. This model can't be controlled by the device. Only the manual position can be used to match the shooting needs. After the team gets the footage, it is projected onto the CG model to restore the real effect as much as possible.

Many people will ask what the moon is made according to? Good question. In fact, NASA has a lunar orbit survey orbiter in reality. It can be simply understood as an aircraft that orbits a sphere along an orbit. It is used to detect and scan the surface of the moon and collect data. The special effects production team was fortunate enough to get these detailed data, based on which the real effect of the lunar surface was produced.

The film's story comes from James Hanson's non-fiction book, The First Man: The Life of Neil Armstrong, which was first published in 2005. It is Armstrong's only official biography. This book tells the story of Armstrong's participation in the space program and shares the details of his personal life.

The scriptwriter Josh Singer spent four years researching the script, and spent several months talking to former astronauts and NASA stakeholders, as well as communicating and understanding with Armstrong's family. Singer believes that "objectively and truthfully presenting facts is a huge responsibility."

Finally, let's take a look at some of the footage.

This year's Oscar has no host, and it is also a peculiar way of organizing. The awarding process has also been simplified. Although it is not possible to win an award for each selected work, it can be nominated and is also recognized, congratulations to all the winner in the 91st Oscar Academy Awards. 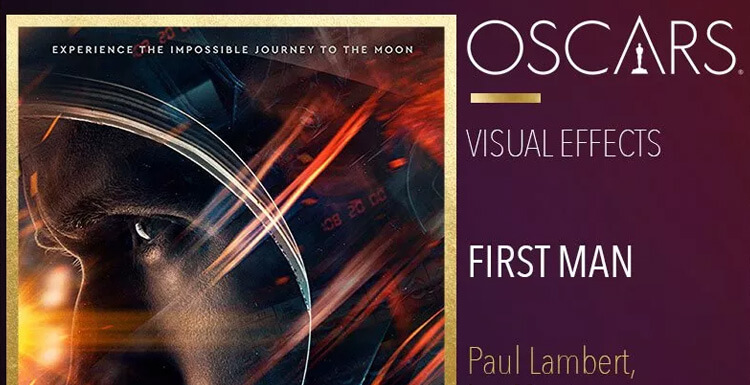 First Man Won The Oscar Visual Effects, But, Where Is Its VFX? (1)

First Man is a documentary film about the life of American legendary astronaut Neil Armstrong, focusing on his process of becoming the first man in human history between 1961 and 1969.

Visual effects are mainly done by the DNEG Vancouver team and more than 400 artists and technicians from India. If you just watch the movie, you can't see where the special effects are used. It's very real. Similar to Dunkirk directed by Nolan in 2017. Both are Invisible Effects. Where are the visual effects used? Today we will share with you some of the production stories behind.

In order to make the lens picture feel in the 1960s, the production team combined the previous technology with the modern new technology, in addition to using a huge LED screen as the background, the miniature landscape model and some Physical effects, precious NASA imagery resources and so on.

The director's idea is to redefine "camera shooting" throughout the shooting and production.

When visual effects supervisor Paul Lambert first met director Damien, the director showed him a full-featured notebook with all the story-lines, descriptions and effects of each scene. That is to say, the director has done a lot of preparation for how to shoot. His original idea was to circumvent the green or blue screen and get the real shot material from the "camera" as much as possible.

For this purpose, the on-site shooting team built a 35-foot LED screen with a width of 60 feet to provide a wide visual view. Play on the screen for 90 minutes CG rendered earth background.

The playback screen can be 360° flipped according to the specific requirements and actual conditions of the live shooting, for close-up or high-definition lens shooting.

For example, the lens shown below, starring Ryan Gosling driving the X-15 to break the atmosphere, we see the reflection on his goggles, is the picture of the big screen. Using the LED screen as the background for shooting, you can create interactive lights and reflections on the character, and the rendering effect will look more realistic.

They also used a miniature model when shooting. The team produced a number of different scale models for the LEM docking sequence. For example, there is a lens centered on the spacecraft. The model used is the following one, which is very real, but it seems to be S code.

When it comes to some distant shots, it will use CG production. For close-ups that are close at hand, a full-size oversized model is used. For example, the Gemini capsule is the 80%-90% oversized model of the real size, and the big guy we show below.

For more content, welcome to the arrival of First Man Won the ‘Oscar Visual Effects, But, Where is its VFX? (2)’.