Interview with Cheng Lei, Telling a Dream about Travel in Architectural Visualization

The CGarchitect Architectural 3D Awards, sponsored by Fox Renderfarm, is the largest and most prestigious awards event for the architectural visualization industry, attracting entries from top studios, freelancers and students from around the world.

Fox Renderfarm is honored to introduce the winner of the Film/Animation(Student) category, Mr.Cheng Lei and his team from China who love animation. 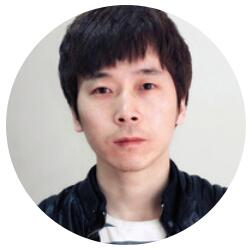 Behind the scenes of TRAVEL

Here’s the interview between Fox Renderfarm and Cheng Lei, one of the instructors of the winning work.

Fox Renderfarm: Hi, Cheng, would you please give a brief introduction about yourself and your team?

Cheng: Hi, Fox Renderfarm, my name is Cheng Lei, I am an animation teacher. I come from Xi 'an, the ancient capital of 13 dynasties in China. All my team members are college students are from different universities in Xi 'an.

Cheng: Of course, I am very surprised to win this award. I am very happy that my students can be recognized by the internationally renowned competition. It is their honor. This year's D2 conference was a great success and everything was arranged in perfect order. Thanks to the organizers and sponsors, it allowed me to see the wonderful works of different artists and promoted the mutual communication between the industry, which was a good learning opportunity.

Fox Renderfarm: What’s your inspiration for this amazing project of Travel? Why did you select this project to participate in the competition?

Cheng: My inspiration came from a sentence on the Internet a few years ago: "the world is so big, I want to see it." It was a resignation letter from an employee that went viral because of its unusual content. I asked my students if they wanted to make a film about travel, and they were all interested. Students in the animation class can only make two animations a year. They (can only) use the time of winter vacation and summer vacation (to create animation). Usually, they have a lot of courses to learn, there is no time to make animation. So there were only two animations, and we chose the one that is better.

Fox Renderfarm: The whole film is led by different kinds of animals transformed from a resignation letter, any ideas behind that?

Cheng: That letter of resignation actually represents the dream (in sleep) and dream (wish) of the Protagonist, taking the Protagonist to travel around the mountains and rivers, who gives up work to find the most authentic self.

Fox Renderfarm: The scenery sites shown in the video are designed to illustrate the word “TRAVEL”, any ideas behind that?

Cheng: Before the production, we asked the students to make the animation as delicate as possible. Because we wanted to take the animation to participate in the architectural 3D Awards which is about architecture, we chose to illustrate every character of the word “TRAVEL” in the form of architecture. About the shown architecture made, we did refer to many different architectural styles around the world, and then made up our mind about which to use and how to use them. And we tried to use mountains and rivers to demonstrate the idea of traveling around.

Fox Renderfarm: What’s the most unforgettable and interesting part of the creation process?

Cheng: The thing that’s unforgettable in the whole process is the adjustment of these animals because the students were not very good at character animation. Have you ever seen a cow walk on two feet, the deer flapped its front feet like a bird?

Cheng: The most difficult part is the paper crumpling animation. At last, we chose real shooting. We shot photos while folding once at a time, which was a bit like stop-motion animation, and finally synthesized into 3d scene through post-production.

Fox Renderfarm: SAN WEI KONG JIAN devotes to the education of CG creation in China, how do you feel about the integration of Chinese culture and CG creation?

Cheng: 3D Space (SAN WEI KONG JIAN) is an educational institution specialized in art design training. We welcome all of you to exchange ideas and learn from each other. Culture is diverse, and cultures from all over the world bloom together. It is because of regional cultural differences that a hundred schools of thought of artists' works contend. The national culture is the world culture, can combine their own national culture and modern computer animation to present to the world, is very meaningful.

Fox Renderfarm: How long have you been in the 3D instruction field? And how did you make the decision to step into this industry?

Cheng: I've been in CG for 8 years, just because I love it.

Fox Renderfarm: Who or what project inspires you most in this industry?

Cheng: From the moment I saw Up, I fell in love with animation, but somehow I got into the architectural animation industry. The two people who influenced me most were Alex Roman and Bohong Deng.

Alex Roman and his work

Bohong Deng and his work

Cheng: I have used render farm in China before, but never Fox Renderfarm, but I will use Fox Renderfarm in the future, thank the sponsors, I think it will make our rendering work better.

Cheng: Don't give up your pursuit and love of works because of others' malice and incomprehension. Good works take time and endeavour. Thanks.