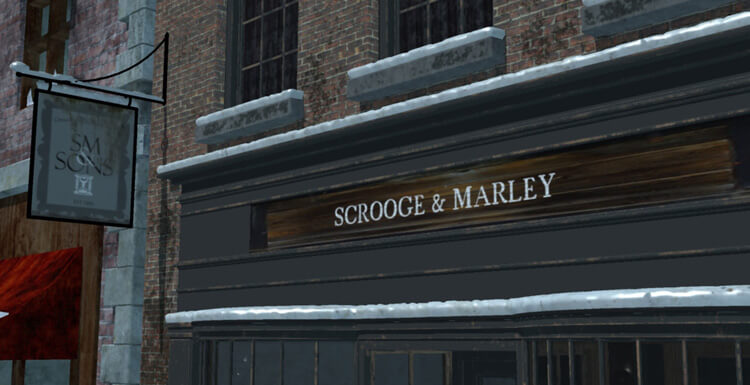 Fox Renderfarm: Hi Gary, would you please give a brief introduction about yourself?

Fox Renderfarm: So are you currently working as a CG artist?

Fox Renderfarm: Did you still remember your first CG work, how does it look like?

Gary S. Kennedy: Probably something in Bryce/Poser, maybe an NVIATWAS.

Fox Renderfarm: How did you know the Renderosity Contest?

Gary S. Kennedy: I've been a member of the Renderosity community for many years.  I'm not a modeler, I primarily purchase Poser format figures and props since they load seamlessly into Carrara Pro 8.5, my main software for animation.  Renderosity is the best source of such content, with great modelers who sell their products for very affordable prices.

Fox Renderfarm: Haha, you are not the first one to give it a high appreciation. About your work, what inspired you to come out with the idea of making "A Christmas Caper"?

Gary S. Kennedy: The contest was titled "The Ghosts of Christmas Past" which brought to mind the great Dickens' story "A Christmas Carol".  The animation is sort of a parody of that.

Fox Renderfarm: As a hobbyist, did you meet any difficulties when creating this work? If yes, how did you solve it?

Gary S. Kennedy: I participate in the 48 Hour Film contest here in Houston, which requires a 5 minute video (most are live action) in two days, starting with an assigned character (name & occupation) and prop, and a randomly drawn genre (about twenty total - comedy, western, noir, etc.)  Two days is very little time for a five-minute animation, there is no time for re-thinking or re-anything.  In this contest, I had a month or more, so the problem was not time, but discarding ideas which were too complicated, e.g. ghosts as in the Dickens' story.

Fox Renderfarm: Yes, that’s really a great difficulty, like what to do and how to do at the begging, it is very important. Beside the Renderosity holiday contest, did you participate in any other CG competition?

Gary S. Kennedy: Yes, as I participated in the 48 Hour Film contest in Houston I have said above.

Fox Renderfarm:  Anything else you would like to add or say?