The fast cloud rendering services provider and GPU & CPU render farm, Fox Renderfarm, will share with you a new version of Clarisse.

Clarisse has been updated to 4.0 SP5! This time, the processing of "Light Path Expressions" has been expanded, and a new firefly filtering system has been added to facilitate more realistic and flexible rendered output.

Although Clarisse iFX 4.0 has been releasing service pack updates this year, this time SP5 is the biggest update ever. The update extends the software's handling of Light Path Expressions, including the option to output the variance of the LPE for rendering denoisers that support difference as input.

It is also possible to export lobe constant values - used in the Disney Principled, Physical Hair, and clear-coat materials to simplify the process of baking textures during look development.

Isotropix has also introduced a new clamping method that ensures a more accurate reconstruction of channels from LPEs during compositing.

New firefly filters and improvements to the Standard materials

Other changes in SP5 include the addition of firefly filtering attributes to Clarisse iFX's path tracker to reduce artefacts and noise in "difficult" lighting configurations. By using Fresnel normals to calculate the Fresnel effect, the energy conservation model on the software's standard materials is improved, and the rendering effect will be more realistic.

Seeing a lot of friends here who use Maya and Clarisse must have a converter. Tell you, it really does! And recently updated to version 2.0. This tool called Maya / Clarisse Bridge Tool was developed by FX TD Muhammad Etman of Egyptian VFX company Aroma Studios. This tool can export Maya scenes to Clarisse iFX. Allows users to export Maya scenes directly to Clarisse iFX without having to use intermediate file formats such as Alembic. Although it does not create a live link between the two applications, after setting up the export, you can update the Clarisse scene with a single click.

During the export process, the scene is automatically converted between standard scale units, co-ordinate settings, and color spaces used in the two host applications.

Recently updated to version 2.0, which improves performance by updating lights and shaders in real-time. It is said that the shader conversion process is now "4-5x faster" than the original release. In addition, Alembic data is now supported, which means that animations can be transmitted, including "multiple shape objects (like) Skin Cluster". Export should also now preserves the hierarchies of all object types.

Next: What is Pixar's Universal Scene Description (USD)? Interview with Isotropix About the Cooperation with Fox Renderfarm
Just finished the interview with MAXON, Fox Renderfarm is so glad to announce our cooperation with Isotropix in 2018, we also start an interview with them regarding the Isotropix's future development along with the how the cooperation between Fox Renderfarm and Isotropix could benefit both users. Please check the detail interview as below:Fox Renderfarm: Since the first version Clarisse released in 2012, more and more CG artists and studios are familiar with Isotropix, tell us a little about your company.Isotropix: Isotropix is a global, fast growing company specialized in developing high-end professional graphics software for the VFX and animation industry. Founded in 2011, the company grew fairly quickly, and our team is now composed of about 40 passionate and talented people! Back in 2012, when we announced our flagship product Clarisse, there was a lot of excitement but we had to face huge challenges. It’s always difficult to introduce a new paradigm shift, especially in a market that hasn’t changed much in 20 years, and it took us a few years to be recognized as the player we are today in the Industry. Today we’re very proud that Clarisse is being used in production by world leading studios such as DNEG, Industrial Light &amp; Magic, WETA Digital or DreamWorks Animation as well as mid-sized to small CG studios of all around the world! Lately, Clarisse has been rendering the amazing VFX of feature films such as Star Wars The Force Awakens/The Last Jedi, Star Trek Beyond and more recently Wonder Woman, Dunkirk, Valerian, Blade Runner 2049 as well as many TV-series like The Young Pope, American Gods, Black Sails, Black Mirror and Altered Carbon.Fox Renderfarm: Share with us about Clarisse current brand awareness and situation in China.Isotropix: Today, our customers are mostly located in the Western market. We have only a few customers in China. However, Clarisse has already been adopted by studios such as Oriental Dreamworks and Base FX which used Clarisse on several feature films including Star Trek Beyond, The Great Wall or Captain America: Civil War. We’re really excited and looking forward to the next few years to expand our position in this market.Fox Renderfarm: Share with us regarding the product development strategy and promotion in the near future?Isotropix: Many artists still don’t know how Clarisse can revolutionize their workflow: it’s a new software that introduces a paradigm shift allowing users to work interactively on their final images. To make sure that users understand Clarisse’s true power, we need to help them think a bit out of the box. This is why we are releasing more and more customer stories and tons of free tutorial materials so that everyone can truly understand the revolution Clarisse offers. You can find all these learning resources on our website and I strongly invite you to discover our latest Behind the scenes video: Blade Runner at DNEG as they recently won this year’s Best VFX Oscar!Fox Renderfarm: How about your thoughts about cloud rendering service and how it can benefit CG artists?Isotropix: Using a cloud rendering service has a real transformative effect on the CG industry, it gives access to a huge amount of rendering power while being very flexible. It’s a time and money saver for artists and studios that can scale up their immediate needs super quickly without requiring physical machines.Fox Renderfarm: How can Isotropix work with Fox Renderfarm and what benefits that Isotropix can offer to Fox Renderfarm's customers?Isotropix: We’re thrilled to partner with the Fox Renderfarm team! It’s great to see that Clarisse is now part of their offer. Fox RenderFarm is a very serious company owning a large number of render nodes. It gives our customers a lot a flexibility as Fox RenderFarm provides them with a quick and easy access to a huge rendering power!Fox Renderfarm: Share with us about the new features and highlights of the latest released Clarisse 3.6.Isotropix: Clarisse 3.6 is a great release: it comes with a new shadow catcher, an outline shader, a powerful feature called shading variables and a real-time denoiser! With the new Shadow Catcher background plates can easily receive shadows and color bleeding of CG elements in scenes, simplifying greatly live action integration. 3.6 also introduces a new Light Path Expression (LPE) unoccluded event to extract diffuse, reflection and transmission occlusions in custom LPEs. In addition, this release brings a new outline subpixel filter which allows to render high quality edges and silhouettes from 3D scenes to easily create great non-photorealistic images such as blueprints or cel-shading style renderings. The all-new Shading Variables is a must have feature to streamline any look-development pipeline! Users can now create and share true material templates across multiple objects in projects to simplify the management of their scenes. Instead of duplicating whole material networks, users can directly specialize and drive them by defining Shading Variable values at shading group, geometry or shading layer levels. It’s really powerful! Finally, Clarisse 3.6 integrates the new NVIDIA Optix AI-driven denoiser technology to denoise interactive renders in real-time as well as final renders. It’s a real game-changing feature as it saves render times while allowing artists to make creative decisions faster than ever! You can check out our website to learn more about our latest release: 3dot6.isotropix.com and try it for free by downloading our Clarisse Personal Learning Edition at: try.isotropix.com
More
2018-04-13 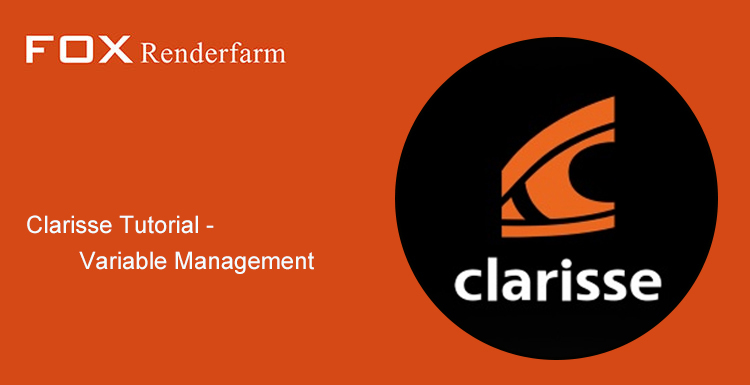 Process 100 Billion Polygons In Real Time! Clarisse IFX 4.0 SP2 Released
The fast cloud rendering services provider and GPU & CPU render farm, Fox Renderfarm, will share with you a new version of Clarisse. Recently, Isotropix released Clarisse iFX 4.0 SP2. An important update is the addition of GPU-accelerated ray tracing to the 3D viewport. The Isotropix official said it is based on Nvidia's RTX technology, which can process VFX scenes containing hundreds of billions of polygons in real time. The iconic feature in Service Pack 2 is GPU ray tracing: this is also the result of a three-year collaboration between Isotropix and Nvidia. Let's take a look at the video.It is currently limited to 3D viewports, not final quality rendering, but only wireframes and simple shadow views do not support Clarisse's Previz or Progressive rendering mode. Nvidia-based RTX technology, but works with older Nvidia GPUs. The system is based on RTX, a hardware implementation of Nvidia's DirectX 12 DirectX Ray Trace (DXR) API, available in the company's GeForce RTX, Titan RTX and Quadro RTX GPUs. However, Isotropix says it can be accelerated on any Maxwell GPU or newer version. The window can be set to GPU or CPU rendering, or it can be set to mixed mode. If the scene exceeds the available graphics memory on the GPU, the rendering will fall back to the CPU. Rollback is also used if the scene uses features that are not supported on the GPU (currently including rendering time shift and volume). Other new features include improved sampling of importance in CPU rendering and "massive" improvements in the importance of lighting and material sampling on the mirror and transmission paths.According to Isotropix, the current scene is "four times faster" than the previous Clarisse iFX version.Fox Renderfarm hopes it will be of some help to you. It is well known that Fox Renderfarm is an excellent cloud rendering services provider in the CG world, so if you need to find a render farm for Clarisse, why not try Fox Renderfarm, which is offering a free $25 trial for new users? Thanks for reading!
More
2019-04-30