See what is ready for your Thanksgiving!!! The long-awaited The Croods: A New Age (also known as The Croods 2) is set for release in theaters on November 25, 2020. As the next evolution of cavepeople comedy-adventure produced by DreamWorks Animation and Universal Pictures, it tells a story that the prehistoric family the Croods are challenged by a rival family the Bettermans, who claim to be better and more evolved. Pixar's Turning Red Will Meet You in Spring 2022
Growing up is a beast. Check out the new trailer for the upcoming all-new original feature film “Turning Red” from Pixar Animation Studios’ director Domee Shi, who won an Oscar® for her 2018 short film, “Bao.”Young actress Rosalie Chiang lends her voice to Mei Lee, a 13-year-old who suddenly “poofs” into a giant red panda when she gets too excited (which is practically ALWAYS). Sandra Oh voices Mei Lee’s protective, if not slightly overbearing mother, Ming, who is never far from her daughter—an unfortunate reality for the teenager. Directed by Shi and produced by Lindsey Collins, Disney and Pixar’s “Turning Red” releases March 11, 2022. Turning Red is coming out next spring, and this trailer notably makes no reference to where it’s coming out. Pixar’s last two movies opened on Disney+ because of COVID-19 shutting down all theaters, so it remains to be seen if Turning Red will really be Pixar’s return to the big screen or if Disney’s just going to keep this streaming thing going.
More
2021-07-15

Star Wars: The Bad Batch, An Original Animated Series Launched Exclusively on Disney+
Check out the brand-new trailer for Lucasfilm’s “Star Wars: The Bad Batch,” an original animated series launching exclusively on Disney+.The Bad Batch follows the elite and experimental clones of the Bad Batch (first introduced in The Clone Wars) as they find their way in a rapidly changing galaxy in the immediate aftermath of the Clone War. Members of Bad Batch—a unique squad of clones who vary genetically from their brothers in the Clone Army—each possess a singular exceptional skill that makes them extraordinarily effective soldiers and a formidable crew. In the post-Clone War era, they will take on daring mercenary missions as they struggle to stay afloat and find new purpose. “Star Wars: The Bad Batch” makes its debut on Tuesday, May 4, with a special 70-minute premiere, followed by new episodes every Friday starting on May 7.
More
2021-04-07 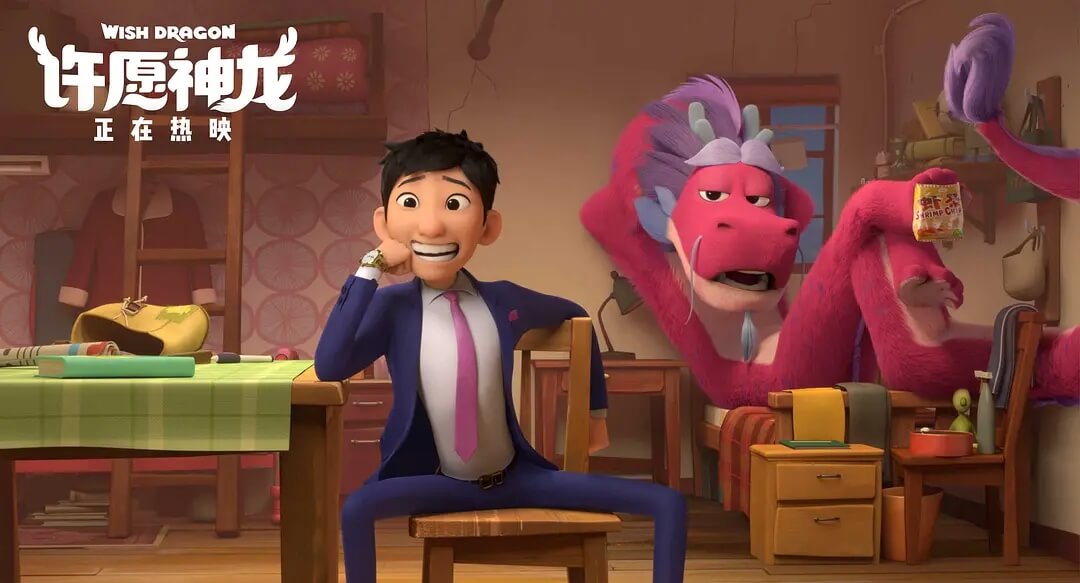 Wish Dragon, You Can Make A Wish Without Gathering Seven Dragon Balls!
Receiving cumulative revenue gross of US$25.89 million at the Chinese box office, Wish Dragon, the first original feature developed and animated by China’s Base Animation, co-financed by Sony Pictures Animation, rendered with Fox Renderfarm, the best render farm in the CG industry, hit Chinese theatres nationwide on January 15th and will be released on Netflix internationally later this year. !Wish Dragon-5The film was written and directed by Chris Appelhans, starring Jackie Chan, telling the story of Din, a working-class college student with big dreams but small means, and Long (Jackie Chan), a cynical but all-powerful dragon capable of granting wishes, set off on a hilarious adventure through modern day Shanghai in pursuit of Din’s long-lost childhood friend. !Wish Dragon-7Wish Dragon, a 2021 computer-animated comedy film, we can make a wish and get a pink hairy dragon without gathering seven dragon balls!Wish Dragon is in theaters now! Go and discover the greatest wish of all with your families and beloved ones!
More
2021-03-17