Why do you need to use a render farm?

With the rapid development of 3D movies in recent years, VFX movies have also received more and more attention. From the point of view of the box office of European movies, the top 5 movies Avengers: Endgame, Avatar, Titanic, Star Wars: The Force Awakens, Avengers: Infinity War. They are almost inseparable from VFX production. And Disney relied on the 3D animated film Frozen series, sweeping $ 2.574 billion in the world, creating a new record for the global animated film box office.

Why do you need to use a render farm? Rendering is indispensable behind these movies, and rendering is almost done by various render farms of all sizes.

Rendering is the later part of 3D animation production, and rendering is a very time-consuming step in the later stage. An 80-minute animated movie can often be rendered in thousands to tens of thousands of hours.

In the animated film COCO, 29,000 lights were used in the scene of the train station; 18,000 lights were in the cemetery; 2000 RenderMan practical lights were used in the Undead World. The production team used the RenderMan API to create 700 special point cloud lights, which expanded to 8.2 million lights. These massive lights are a nightmare for the rendering artist. For the production requirements, the test can not complete such a huge rendering. They once tested rendering and found that these light-filled shots actually took 1,000 hours per frame! They continued their research and shortened it to 125 hours and 75 hours. The rendering time of one frame at the time of final production was 50 hours and one frame. The movie is 24 frames per second, 1440 frames per minute, if a movie is calculated as 90 minutes. That 1440 frames * 90 minutes = 129600 frames, 129600 * 50 = 6480000 hours. Converted into adulthood is 740 years?

If the rendering work is only on a general computer, this is almost impossible. So the production team created its own render farm, powerful machine performance and huge number to complete such a huge amount of work.

For small teams, studio, freelancer, and individual producers, rendering take the same time. If they want to spend a lot of time using the computer for rendering work, this is undoubtedly a time-consuming thing, and they are unacceptable. These various reasons, coupled with uncontrollable factors such as computer crashes, special effects artists often cannot complete the work within the time specified by the producer due to rendering problems. Moreover, the labor, material, and electricity required to maintain computer rendering. The cost is also a big fee for the production company!

So it is very necessary to work with some render farms. Not only can it save the time of the production staff, but also can use a large number of machines in a limited time to complete the work in a short time.

The emergence of cloud rendering technology makes the render farm more mature. Cloud rendering is to upload materials to the cloud and use this cloud computing system of the rendering company to render remotely.

Another advantage of cloud rendering is that small studios can also be responsible for rendering high-quality materials. In the film industry, this technological change is no less than the change that cloud computing itself brings to the IT industry.

Taking Fox Renderfarm as an example, no matter where the special effects technician is, they can use cloud rendering services to complete the "trilogy": 1. Upload your project; 2. Wait for the rendering to complete; 3. Download to the local machine. In addition, they can call more machines according to their urgency, and they can arrange the order of rendering and monitor the progress of rendering at any time. At the same time, the price is relatively low, which is accepted by many film and television special effects companies, rendering studios, and individual designers. So, why not have a free trial on Fox Renderfarm now? to experience the amazing cloud rendering services to speed up your rendering.

Previous: Behind The Scenes: Sagittarius(1) 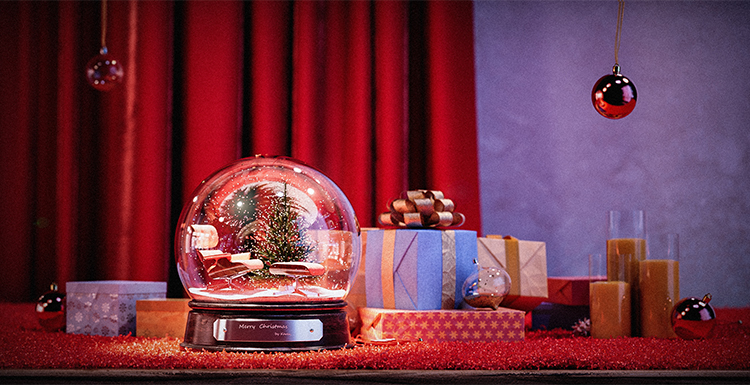 Top 9 Free And Best 3D Modelling Websites in 2022
Do you want to learn 3D modeling? There are some 3D modeling software that are very powerful, but often require you to pay for them. Blender is a free 3D software. But if you don't want to download the program and just model, then get to know these 3D modeling websites that allow you to model online.The best cloud rendering services provider and GPU & CPU render farm, Fox Renderfarm will share with you 9 best and free 3D model sites.- What is Cloud Rendering or Cloud-based Rendering?- Top 10 Free And Best Cloud Rendering Services in 2022 1. SketchUp - Free 3D Modeling Website!SketchUp - Free 3D Modelling WebsiteSketchUp is a powerful 3D modeling software for a wide range of drafting and design applications, including architecture, interior design, etc. SketchUp Free is free web-based 3D modeling software capable of making anything you can imagine without having to download anything. But SketchUp Free is more limited than paid versions like SketchUp Go, SketchUp Pro, and SketchUp Studio. However, it is still a very good and free 3D modeling website. 2. Tinkercad - Free 3D Model Site!Tinkercad - Free 3D Model SiteTinkercad is a free web application for 3D design, electronics and coding from Autodesk. It is a very popular online 3D modeling website, with a friendly interface and very easy to use. In addition, it is a popular platform for creating 3D printed models, as it can easily export STL files for 3D printing. 3. Vectary - Online 3D Modeling Site!Vectary - Online 3D Modeling SiteVectary is a free 3D modeling tool designed to help create, share and customize 3D designs. You don't have to download or code, you can do 3D modeling directly in your browser. One feature of Vectary is that you can use AR to enhance reality. If you need to request a workspace, then a paid version is available for you to choose from, but the basic version is always free. 4. Model Online With Figuro!Model Online With FiguroFiguro is a free online 3D modeling tool for 3D artists, game developers, designers and more. With Figuro you can create 3D models quickly and easily. 5. Free 3D Modeling Site - SelfCAD!Free 3D Modeling Site - SelfcadSelfCAD is a 3D modeling software that allows you to design, model, sculpt, sketch, render, and animate in 3D. He offers a free 3D modeling software program for students and hobbyists. With SelfCAD you can also do 3D printing easily. 6. Third Design - 3D Modeling Website!Third Design - 3D Modeling WebsiteThird Design is a 3D modeling and 3D animation creation software which is online and free. You can use it to quickly create 3D models and 3D animations. He provides free models to help you do 3D modeling easily. If you want others to give comments on your 3D designs, you can share an unlisted link to them so you can gain meaningful comments. Third Design's basic version is free and a more advanced paid version is available for professionals and businesses. 7. SculptGL - Free 3D Model Site!SculptGL - Free 3D Model SiteSculptGL is a free 3D modeling website and application focused on 3D sculpting. It allows you to create characters from basic shapes. The process of sculpting a character looks like sculpting clay. But with this 3D online modeling software it helps you to bring your characters to life. 8. 3DSlash - Easy 3D Model Site!3DSlash - Easy 3D Model Site3D Slash is a 3D modeling program that is very easy to learn and use, with a simple interface. 3D Slash works in a way that makes it feel like a Minecraft game. Users use a set of tools to create models by "cutting cubes". 3D Slash is web-based, but of course the desktop version is also available. The basic version is free. 9. Online 3D Modeling With Clara.io!Online 3D Modeling With Clara.ioClara.io is a full-featured and free online 3D modeling, animation and rendering software that runs in your web browser. It supports rendering in the cloud using VRay, which allows you to generate realistic renderings.Fox Renderfarm hopes you can find the best 3D modeling website to create your own 3D work! It is well known that Fox Renderfarm is an excellent cloud rendering services provider in the CG world, so if you need to find a render farm for 3D program, why not try Fox Renderfarm, which is offering a free $25 trial for new users? Thanks for reading!
More
2022-07-11