Next year’s edition, SIGGRAPH Asia 2021, will once again be held at the iconic Tokyo International Forum in Tokyo, Japan, from 14 – 17 December 2021.!SA21-Opening-Shuzo-(2)“It has been a crazy 2020, but I am hopeful that by this time next year, we should be able to freely travel and be able to meet each other physically at SIGGRAPH Asia 2021 in Tokyo, Japan. The theme for SIGGRAPH Asia 2021 is ‘LIVE’ as live interactions is integral in our context, and the humanization of technologies has become unavoidable,” said Shuzo John Shiota, SIGGRAPH Asia 2021 Conference Chair.!SA21-Opening-Shuzo (3)Shuzo also revealed the meaning behind the SIGGRAPH Asia 2021 key visual – a digital waterfall – which symbolizes a continuous cycle of creation and destruction, abundance of energy and vibrancy. This is exactly how he envisioned the 2021 event to be.Visit http://sa2021.siggraph.org for more event details.

Attendees were impressed by the high quality of inspiring sessions and sharing by industry heavyweights from Double Negative, Netflix, Pixar Animation Studios, Walt Disney Animation Studios, DreamWorks Animation and more.17 December 2020 – The very first virtual edition of SIGGRAPH Asia concluded its week-long gathering of the global computer graphics community, with over 1,500 attendees tuning in to the on-demand and live sessions from over 38 countries and regions. Although the live event is over, registration remains open, and all content is available on-demand to participants till March 2021.“10 days flew by in a flash and I can’t believe that we have now come to the end of SIGGRAPH Asia 2020 Virtual. It has been a truly amazing and inspiring ten days with a diverse set of pre-recorded sessions, as well as live and premiere sessions. I have learnt a lot from the insightful and informative sessions delivered by our amazing speakers from all over the world, and I am sure that the virtual event this year was yet another inspiring conference in the history of SIGGRAPH Asia,” shared Conference Chair, Jinny HyeJin Choo.“For me, the best part of SIGGRAPH Asia is being able to connect and bring friends (both old and new) in the industry together, in one space. While we miss in-person, physical events, I am glad that my team and I managed to successfully transition and bring everyone together in a virtual setting despite the many challenges that came along due to the pandemic,” she added.!Keynote-Glen-Keane!BOF Creating Inclusive and Accessible Technology Through Immersive Interactions!Featured-SessionsDavid-Morin!Emerging Technologies!CAF-Raya!TechPapers Fabrication Carving!XR - Cinematic VR-SHEThe virtual event featured over 400 talks and presentations that deep dived into the latest technologies in computer graphics, visual effects, virtual reality, augmented reality, and interactive techniques. Highlights from the virtual conference included keynote sessions by Academy Award-winning animator Glen Keane; VFX Supervisor & Creative Director from Double Negative, Paul Franklin; invited speakers from Epic Games, Facebook Reality Labs, Google, Soul Machines, Face the FACS, Motus Lab, Digital Domain, Pinscreen, USC Institute for Creative Technologies, Naughty Dog, Reel FX, Ubisoft, Pixar Animation Studios; 113 Technical Papers, 22 top films from the Computer Animation Festival’s Electronic Theater; a Diversity and Inclusion Summit, 19 specially curated Emerging Technologies and more. For Programs like XR (Extended Reality), that traditionally had live demonstrations within the Experience Hall at the physical event, some of the presenters managed to go beyond the conventional video conferencing to find creative ways to engage the audience and conduct live demonstrations of their projects in the zoom rooms.!Virtual Party (1)!Virtual Party (2)!BOF IRC Beyond Student VolunteersThe event ended on a high note with the first-ever virtual party held on Gather Town – with rooms customized and created by our very own Student Volunteers. Over a hundred delegates joined us at this party on the last day of our event.To access SIGGRAPH Asia 2020’s on-demand content, register here: https://bit.ly/sa20reg 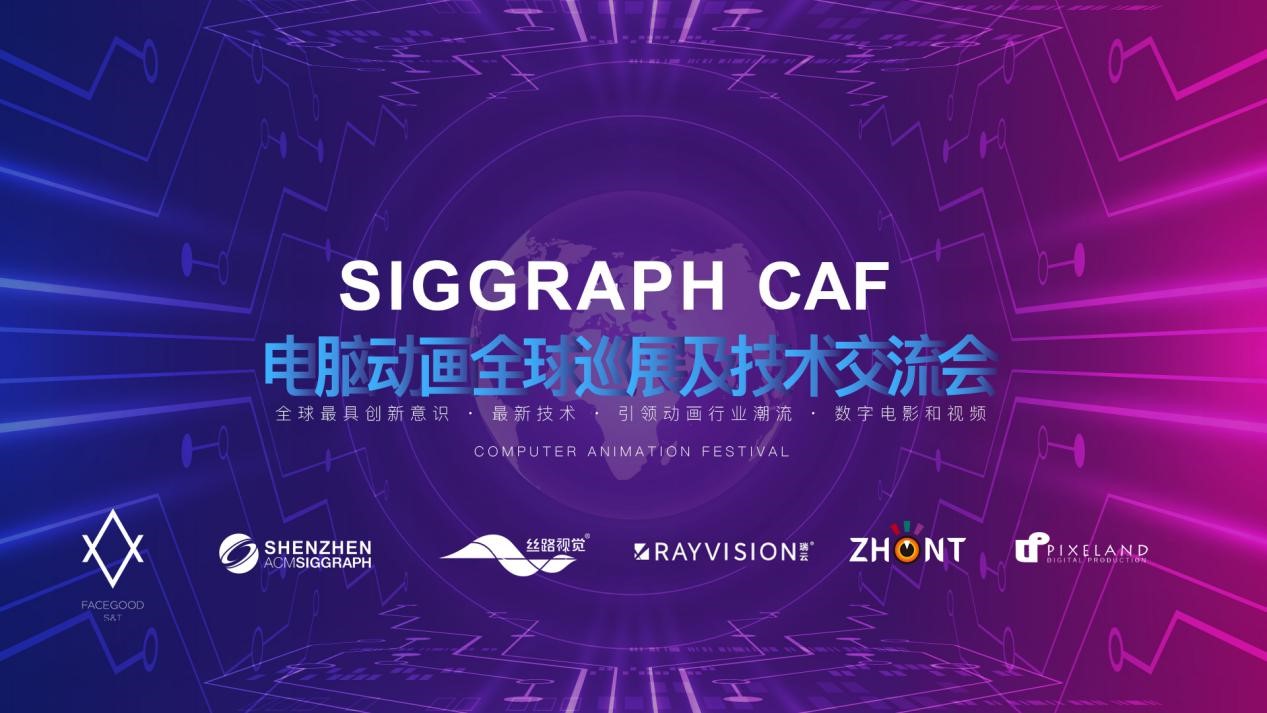 The SIGGRAPH (Special Interest Group on Computer GRAPHics and Interactive Techniques) Computer Animation Festival (CAF) is the world’s most innovative, most technologically pleasing Digital Film and Video Content Organization in the Animation Industry. CAF is also recognized by Oscar as one of the world's leading animation festivals.On 10th March 2018, the inaugural SIGGRAPH Computer Animation Festival and SIGGRAPH computer animation global exhibition and technical conference co-jointly organized by Rayvision Technology (Fox Renderfarm), Shenzhen ACM SIGGRAPH Chapter, Silk Road Vision, Zhuohua Entertainment and others was successfully held in Shenzhen, Mainland China. This Computer Animation Festival Global Tour - Shenzhen station is the first time that SIGGRAPH Computer Animation Festival has landed in the Mainland China. It is both a good opportunity for domestic computer animation industry practitioners, enthusiasts and students to learn and understand the dynamic development of global animation. Furthermore, it is also a milestone for domestic international computer animation industry in terms of international exchanges. Rick Xu, the Chairman of Shenzhen ACM SIGGRAPH Chapter, as the host of this event, introduced the event rundown before the opening and welcomed the audiences who attended the event.In the screening, Tomasz Bednarz, the Chairman of SIGGRAPH Asia 2019, introduced the audience to the 45-year-old SIGGRAPH, the SIGGRAPH Computer Animation Festival and the SIGGRAPH Asia 2019 Conference in Brisbane, Australia. At the same time, 25 SIGGRAPH Computer Animation Festival award-winning works were screened. The excellent and superior animation production level and vivid storyline won the audiences’ continuous praises.At the same time, Tomasz Bednarz and Rick Xu awarded Rayvision Technology (Fox Renderfarm) and other organizations with SIGGRAPH Best Partner Certificate on behalf of SIGGRAPH.At the technical conference, SIGGRAPH Asia 2019 Chairman Tomasz Bednarz shared about the “Expand Perception and Interaction” and introduced the world’s highest resolution movie that the EPICenter in the Australia studied. Hsin-Yao Liang, senior partner of Silk Road Vision, took the title of “Virtual Human Economics Outlook” and shared the rise and application of virtual characters in animation works and the future development trend of virtual characters. The marketing director of Rayvision Technology (Fox Renderfarm), Mike Zheng, talked about the topic of "Exploring Chinese Animation Films" to explain to the audiences the current animation industry trend in the Mainland China. The status quo of China's development has sparked deep thoughts of everyone... The sharing has also included Zhuohua Entertainment CEO Xianhua Zhuohua Entertainment, Yang Xi from FACEGOOD, as well as Billy Pang from Jadason Technology. The event not only provided visual and technical exchange opportunities for practitioners and students of the domestic computer animation industry, but also inspired them to express their enthusiasm for the CG industry. Most people in the industry also praised the successful of the event organized. The organizer will also use its original intention of "Bringing Hollywood's latest technology practices to China, to share and exchange CG production experiences", and will continue to inject strength into the domestic computer animation industry.