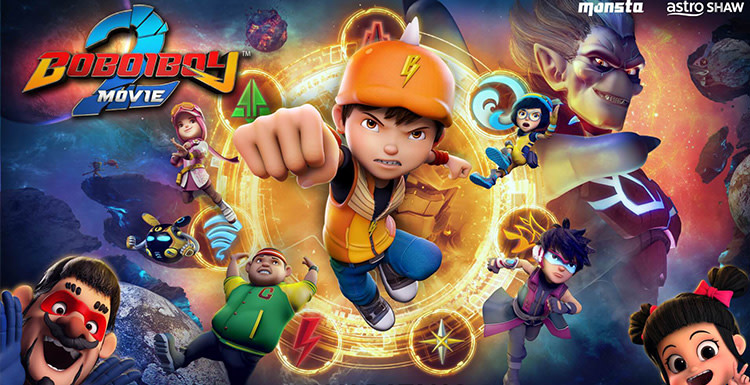 BoBoiBoy Movie 2, which used cloud rendering service provided by Fox Renderfarm, is a 2019 Malaysian computer-animated superhero comedy film. It is Animonsta Studios second film and the sequel of BoBoiBoy: The Movie (2016).

This is the first time a Malaysian animated film will be released simultaneously in 5 countries, including Malaysia, Indonesia, Brunei, Singapore, and Vietnam on 8 August 2019.

While most animation studio takes close to four years to complete a film, Animonsta Studios pushed itself to finish BoBoiBoy Movie 2 in just 12 months with a budget of RM 7 million.

Animonsta Studios’s CEO Nizam Abd Razak, who is also the film’s writer, director and co-producer explained: “We did face a lot of challenges making this movie in 12 months.”

“Fans can expect exciting visuals and plenty of action sequences. We’ve enhanced the animation quality with some new software, which allowed us to not only work on the product faster but animate moving water, moving trees and even add movements to hair. In the first film, we didn’t have any of this.” said Nizam.

BoBoiBoy will see you guys on the big screen this summer!