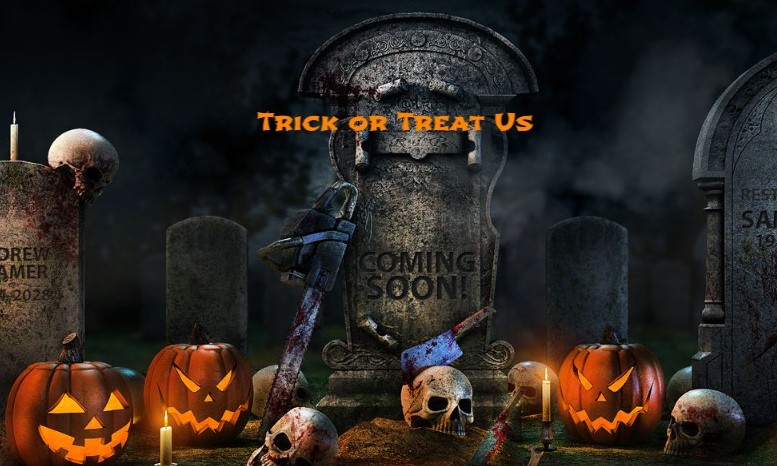 It is our style to talk about the ‘sweet-n-popular’ animation characters’ production stories, and you would assume we do the same thing all the time…hmm…I guess you are right! But in this spooky season and especially spooky day like today-Halloween! I know, right? We would like to shy away from the classic Mickey Mouse, Scooby Doo and Looney Tunes, to explore some dark minds instead! It is definitely our favorite day when girls and boys dress up with pumpkin heads, fake skulls, ghostly sheets, and Batman capes asking for candy. If there’s any holiday inspires the artists, it’s Halloween!

Usually, animations and cartoons are geared towards younger audiences and depict a fluffy, light-hearted version of the world we live in. That makes the movie created by worldwide famous studios, like Disney and Pixar, a magical escape for kids of all ages. Anywhere you go you will find people that like the characters and stories found in movies that created by them. Some of these animations come with darker elements stirring just below the surface: death, darkness and evil lurking in your favorite characters and moments. We rummaged through the vast cinematic history and picked a few to show you first.

Fans love to rewatch these movies every year around Halloween, and Disney still plays them on its channel to this day. (Woo. It’s on live now, check it out)

In a world of modern technology, we've gotten used to most effects being done with CGI technology or motion capture. But back in the 1990s, on a film set with a very small budget, things had to be done differently. The small budget was a huge obstacle throughout filming. From special effects to the number of takes they could afford, to the number of people they had on set - everything had to be planned meticulously. Dunham remembers how they made it seem like more monsters were roaming around Halloweentown than were actually present.

"We had just enough extras, and we would double up and change costumes and make it look like there were more and different people and that sort of thing," Duhman told.

If you're wondering where Halloweentown was filmed, it wasn't just on a Disney lot. In fact, the real world town of St. Helen's, Oregon is where it all began. The cast and crew absolutely loved it there, because it really felt like stepping into another world. Kimberly J. Brown-who plays Marnie remembers it fondly to this day, saying,

"It was the perfect location, with a town square and everything."

Director Duwayne Dunham loved the location because of how easy it was to film in. He called it, "basically an abandoned town" that was an "ideal place" for the film. Dunham also fell in love with the color scheme of St.Helens, and admits they got lucky, seeing as how the film budget was so small.

One of the most iconic characters from Halloweentown is definitely Benny-the skeleton taxi driver. He is one of the first monsters that Marnie, Dylan, and Sofie meet in Halloweentown, and he is a recurring character throughout the franchise. Kimberly J. Brown revealed that he was actually a robot.

"The actor dubbed his lines after filming, so we actually worked with a robot," Brown recalls, "I’ll always remember the ‘errr err’ sound it made." Knowing this detail makes it even funnier looking back on their scenes together. Marnie and her siblings always look pretty confused when they're with Benny-- now we know why, haha.

On the surface, you might be asking what’s scary about an animation about toys? Well, Toy Story is the foundation on which Pixar was built, with a rich history of memorable characters, hilarious scenes and emotional moments. As wholesome and endearing as the franchise is, the film also has disturbing characters and “cover your eyes” scenes that certainly give young children nightmares.

Even though Toy Story 3 takes this spot, the original Toy Story got some serious consideration due to the sadistic, evil character of Sid and his terrifying toy abominations. That sociopath kid set the table for bleak elements to pop up in the series.

2010’s Toy Story 3 finds Woody, Buzz and the rest of our favorite toys fighting to stay together. The infamous incinerator scene at the end of the film, shocked viewers in just how horrifying and brutal it was. Kids and adults got teary-eyed seeing these classic characters that we’ve all come to love, almost meet a fiery end. If that wasn’t traumatic enough, the new toys at the prison-like Sunnyside Daycare, headed by the twisted Lots-O’-Huggin’ Bear, are straight out of a horror film. Big Baby and the cymbals monkey are just plain freaky.

Parents were a little taken aback when they saw how much graphic violence and how many intense scenes were found in this 2012 Pixar film. The medieval story about a young princess named Merida who uses a spell to transform her mother into a bear was a commercial and box-office hit. Positioned as a Disney princess story, the filmmakers played around with the storytelling, incorporating adult themes of betrayal, selfishness, and redemption. They also added a good amount of the supernatural and darker elements, primarily found in the Scottish Highlands.

The main source of fright for kids 5 and under, comes in the form of the massive scary bear with a taste for human flesh. Mor’du is the “villain” of the film, as he was once a prince who let his dark desire of power overtake him, leaving him as the monstrous bear.

Taking a page out of past Disney films like Sleepy Hollow, the animators used a dark color palette, utilizing dark heavy shadows each time Merida left the safe world of the castle and stepped into the mystical woods. In a majority of Disney animated films, the woods are a setting where good and dark magic resides, which is true with Brave as well.

A great scary movie has the power to stick in audiences’ mind for a while, distracting your work and normal life. But are all the scary movies scared you？I doubt that, otherwise there wouldn’t be tons of unknown scary movies and article with the content of” “Why Today's Horror Films Are Just Not Scary Anymore”. Fear and unease are emotions which can be used to help further your story. But the juxtaposition of familiar and unfamiliar, or friendly and unfriendly, makes us feel uneasy sometimes and not raise awareness among the audiences.

Let’s break down what makes something scary so that you can better use them in your own work. And that’s the pumpkin pie we delivered for you today.

If you’ve been around the computer graphics industry, you will be very familiar with this phenomenon. Simply put, the uncanny valley is:

“A computer-generated figure or humanoid robot bearing a near-identical resemblance to a human being arouses a sense of unease or revulsion in the person viewing it.” Remember Tintin? Spielberg was hoping to make him a global household name in The Adventures of Tintin: Secret of the Unicorn. But the phrase of “uncanny valley” cropped up a lot in early reviews of the movie.  As New York magazine put it:

"Tintin looks simultaneously too human and not human at all, his face weirdly fetal, his eyes glassy and vacant instead of bursting with animated life."

Usually, the uncanny valley is a problem for artists, but we can use it to our advantage when intentionally creating creepy art. In the real world, this mechanism has helped humans to avoid diseased creatures and to pair up with more genetically healthy partners.

The core principle here is to create an object or scene that is really close to something that is thought of as good but add some subtle attribute that contradicts that feeling.

A common trope of the horror movie genre is the jump scare. It’s simply something unexpected that happens quite suddenly. It’s hard to put a jump scare into a still image, but it’s possible if you put the devil in the details. Perhaps make the scary element a bit harder to spot, so that the viewer gets a nice shock when they do find it.

When something is creepy, it gives you a strong sense of unease. It’s similar to the uncanny valley in that something is not right, but this time there is a sense of real physical danger. It’s your brain telling you to get out of there now before something bad happens. There is nothing inherently dangerous about a skull. They sit in science classrooms all the time and have not suddenly attacked any students yet. So why would it be spooky to find one in the woods or in an abandoned house? It’s because the skull is no longer in a safe context.

We know the skull is not going to do anything to us on its own, but it implies that something around might cause us to become like the unfortunate owner.

The very height of terror is knowing for a fact that you are in danger, and you need to get away right now. It’s all fun and games until some terrorist threatens to cut off your kneecaps.

Putting your relatable characters in real danger will make the viewers feel danger as well. It’s one way to get them intensely engaged in your story.

“Very intense movies do increase heart rate, and if you have coronary heart disease, (they) can increase chest pain and blood pressure”

Level 5: Putting it all together

For maximum effect, layer these together! In order to convey the feeling of horror, remember that you need to first give enough visual information. Without any detail or a compelling and relatable story, your viewer will feel disconnected from the artwork and not give it a second thought.

Have You Made Any Halloween Render This Year? You can create a serious spooky character to TRICK us or an even more spooky one to TREAT us!

Three winners will be selected to give out our prices-rendering credits! (As always, haha) Oh no, I just figured we can call it pumpkin credits this time. Your artwork will be shown on our "Fox's Got Talent! Gallery" and shared on our social media platform as well as our newsletter. You will also get an interview opportunity to talk and share your artwork with all Fox Renderfarm users.

We'll announce the winner on Christmas Eve! All entries will be judged by Fox Renderfarm Oscar-level trained 3D artists.