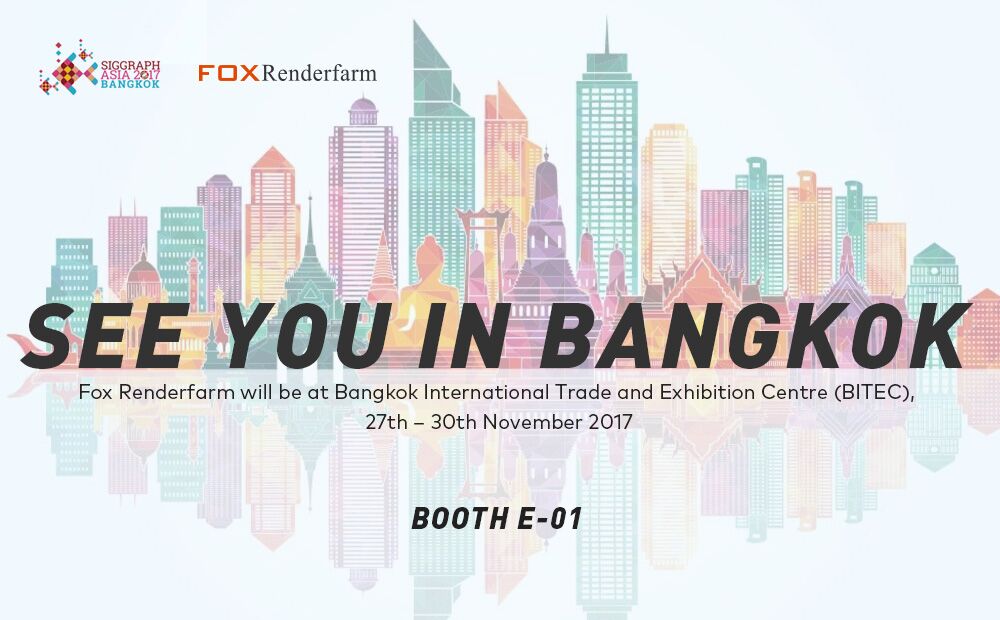 See You at SIGGRAPH Asia 2017 Bangkok!

The 10th ACM SIGGRAPH Conference and Exhibition on Computer Graphics & Interactive Techniques in Asia will be held for the first time at Bangkok International Trade and Exhibition Centre (BITEC) Thailand on 27th – 30th November 2017. As the world's most influential, the largest annual conference of computer graphics and interactive techniques in Asia, there will be CG industry giants and leading companies all over the world and more than 7,000 industry professionals gather here to share the feast of the CG industry! CG in China Summit, sponsored by ACM SIGGRAPH in Hong Kong, Shanghai and Shenzhen, is the highlight of this exhibition. The summit will invite CG industry experts and scholars to share the CG industry's development in China. It aims to give Asians a deeper understanding of China's CG industry and provide a focus for face-to-face discussions between Asian and Chinese experts and scholars.

At this year's CG in China Summit, Rayvision’s Fox Renderfarm Marketing Director and Head of VIVUE.io Mr. Mike Zheng will talk about the CG industry trends by sharing his analysis on the development of China's CG industry data based on the theme – "China's Animation Industry Development". At the same time, Rayvision’s render farm booth will also set up a lot of interactive games, such as darts games, on-spot Fox Renderfarm user registration and others. There are many attractive gifts waiting for you!