The Major Contender Films During The 2019 Chinese New Year 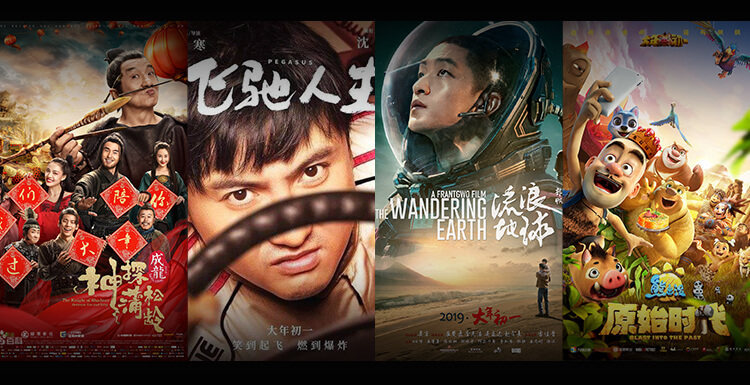 During the 2019 Chinese New Year’ holiday, the box office is 5.84 billion in total. Compared with 2018, although there is only a small increase, the variety of films has brought countless surprises to the audience.
In the 2019 China’s Spring Festival holiday season, 14 films including The Wandering Earth, Pegasus, Crazy Alien, The New King of Comedy, The Knight of Shadows: Between Yin and Yang, Boonie Bears: Blast into the Past, Peppa Celebrates Chinese New Year, etc. There are many styles, like comedy, science fiction, suspense, sports, family, animation.
Among them, Fox Renderfarm provided cloud rendering support for the Spring Festival movie box office reached 3.61 billion, accounting for 61% of the total box office of the Lunar New Year, and continued to rise in few days during the Spring Festival. What surprises did these movies bring to the audience? Let's take a look at it~
The Wandering Earth
Although the Chinese New Year has passed, the popularity of The Wandering Earth has not diminished. As of today, The Wandering Earth's box office has exceeded 4 billion, and reached 7.9 points on IMDb.
It is reported that 75% of the visual effects in the film are completed by the Chinese team. The post-production and special effects work lasted for two years. It has experienced more than 3,000 conceptual designs, with more than 10,000 visual effects props, more than 2,000 visual effects lenses and a large number of computer graphics.
In order to present a more realistic cosmic environment, the team used 8 studios in the film industry park, and the landscape workshop processed and produced more than 10,000 items. The exhibition area was nearly 100,000 square meters, equivalent to 14 football fields. Including trucks, underground cities, space stations, etc. are all real-life construction. In order to meet the illusion of space, the crew completed the production of tens of thousands of props. Among them, the exoskeleton armor was invited to the Hollywood special effects company Weta Studio. 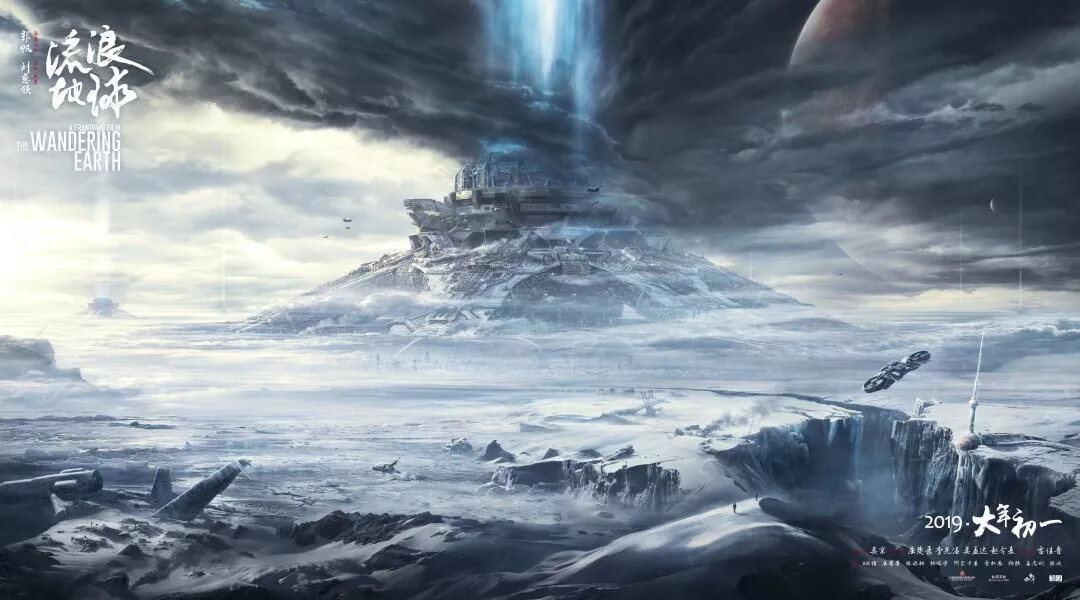 As the first step works in Chinese science fiction film history, although The Wandering Earth has an immature place, its breakthrough and innovation marks the first time that the type of science fiction film has been formed in the Chinese film industry, which has cultivated the audience's aesthetic.
Pegasus (飞驰人生)
In just seven months, Pegasus completed a series of processes from pre-production, post-production and improvement. The aesthetic tension and visual impact of the racing scene in the film were full and burning, and the current box office has reached 1.6 billion. The combination of Han Han and Shen Teng on the track also promoted the “cold humor” upgrade. 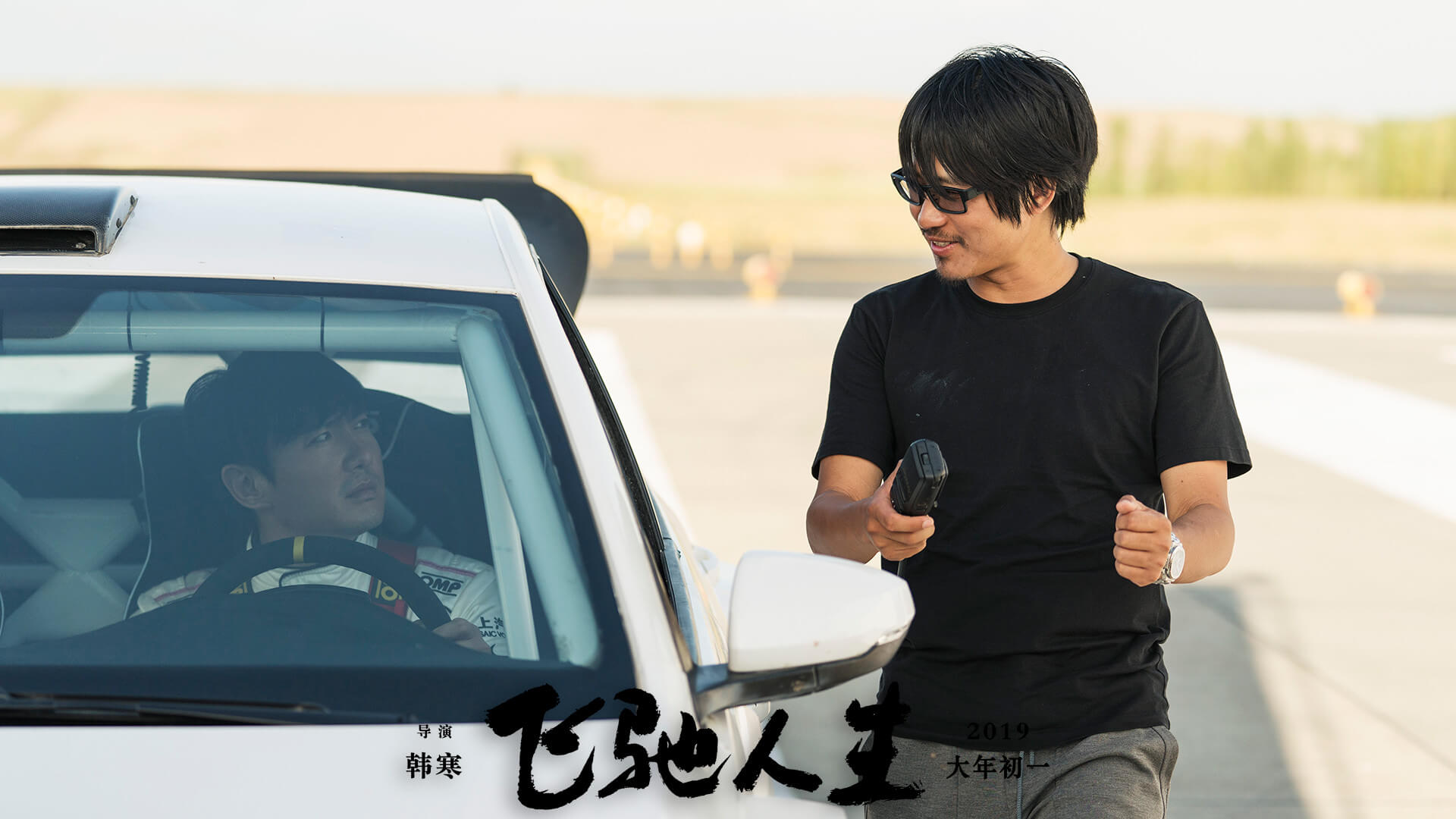 All the industrial attributes in the film are being rationalized for the plot. The crew unearthed a devil's track in the plateau of four kilometers above sea level in Xinjiang. Han Han, the director, also a racing driver, personally went into battle to make a carpet-style racing training for Shen Teng before shooting. More than ten valuable selected cars were unveiled. Through the film, you can feel the professionalism of the car, the humor of comedy and the strong industrial texture of film production.
Boonie Bears: Blast into the Past
As a series of animations, how to surpass the previous work and let the audience shine is the biggest challenge for the team. In order to ensure the vitality of the film, the Fantawild production team has made great efforts in terms of pre-production, production technology and post-performance. From the current 670 million box office, Boonie Bears: Blast into the Past has been successful. The audience satisfaction is also higher than the series of predecessors Boonie Bear: The Big Shrink and Boonie Bears: Fantastica, which is the best in the series.

Compared with the previous works, Boonie Bears: Blast into the Past has a great improvement in light and shadow processing. The production team also conducted in-depth study and research on Yeti and Houdini, as well as character production and scene effects. Before the film production, the production team practiced and copied the four-footed movements and performances that may appear in the film, analyzed the characteristics of the animals in depth, and developed a binding system specifically for the quadruped.
It is worth mentioning that this year, Boonie Bears: Blast into the Past, a large number of animals, hundreds of wolves and a variety of animal supporting hair production, put high demands on the production team. The production team updated the production plug-in, referenced the expressions of other animals in different environments and states, and produced the dynamic assets of the available Yeti system and Nhair system according to the project requirements. More than a dozen versions were produced, and the final film was obtained through continuous testing.
Besides, another movie that rendered by Fox Renderfarm, The Knight of Shadows: Between Yin and Yang, starring Jackie Chan, which is a collection of Chinese traditional culture elements. As the world's leading visual cloud computing platform, a leading render farm, Fox Renderfarm currently provides cloud rendering support for over 150,000 artists. In 2018, the total number of rendered works is over 60, the total number of rendered frames exceeds 150 million, and the rendered amount exceeds 8PB... 2019 It is a new beginning and a challenge. We hope to provide users with high-quality cloud rendering services, strengthen communication and cooperation with industry enterprises, and promote development.

Previous: Five 91st Oscar-Winning Films Poster, Which Is Your Favorite?

Next: Is This Simulated By Houdini? No! This Is Max!