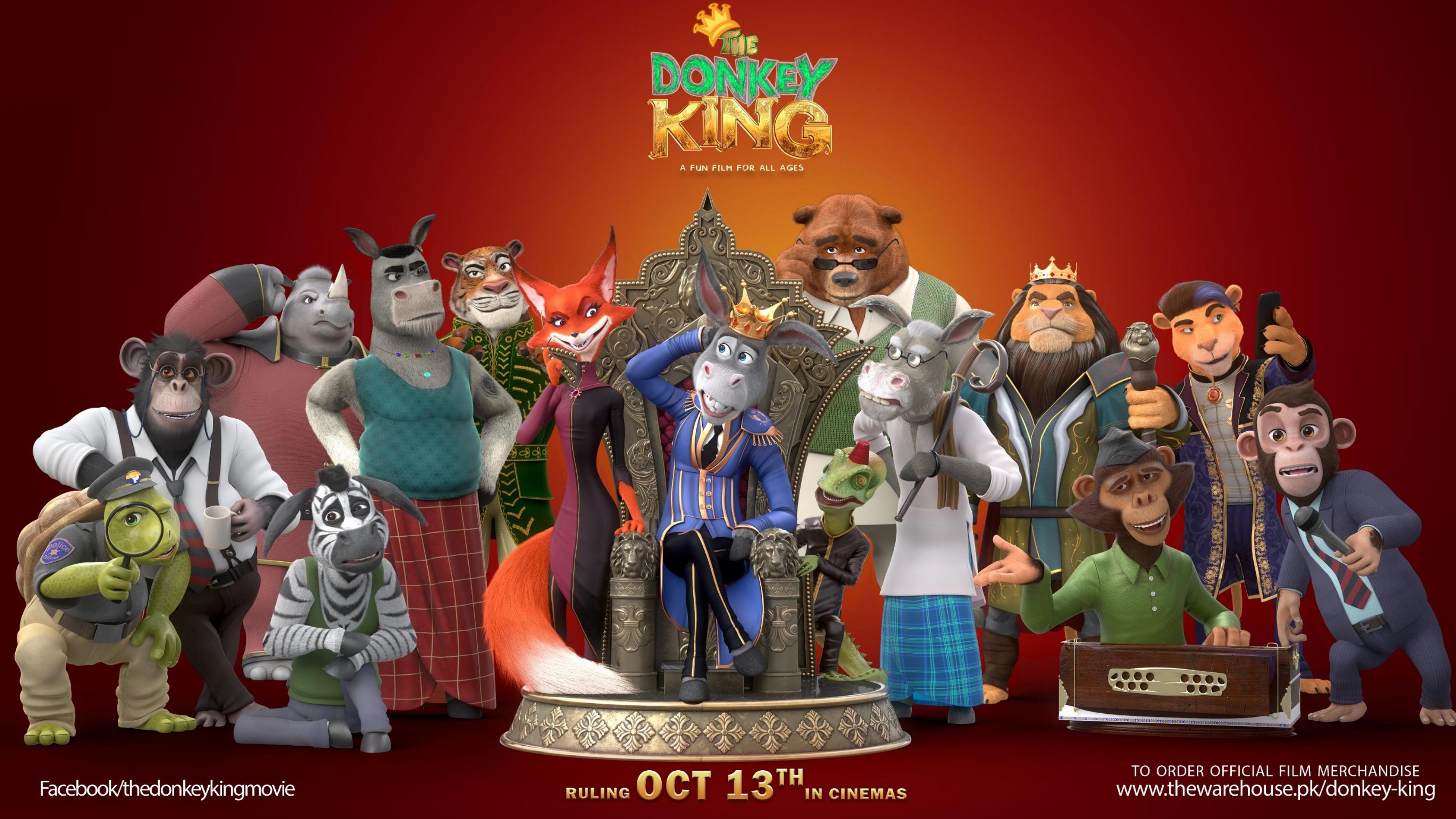 A roller coaster comedy film for all ages with a crisp run time of 105 minutes. Language is Urdu / Hindi with subtitles in English and Arabic. This is the story of Mangu, a happy go lucky, dreamer donkey. In his quest to realize his dreams and transcend his being, Mangu accidentally ends up as the “popular choice” to be the King of Azad Nagar. Little did he know that he was a mere pawn in the machivallaious design of Ms. Fitna (a fox) who had her ulterior motives to dethrone the Lion and prevent heir apparent from succeeding him. Will Mangu rise to be the king he had promised to be or will he resign to being a puppet? Will Fitna succeed in realizing her ulterior goals? Will Azad Nagar ever recover from this chaos?

A global brand builder with +17 years experience at Procter & Gamble across Pakistan, USA, Singapore, Kenya, and UAE.The architect of the Commander Safeguard animated series, a branded entertainment property designed to promote the importance of hand washing among children. This is the longest running and most popular local animated series in Pakistan and has also been re-applied across China, Philippines, Russia, Nigeria, Mexico, and the Arabian Peninsula. Commander Safeguard is featured as a case study on marketing to Low-income consumers in 5th Edition of Advertising and Integrated Brand Promotion by Chris Allen and Thomas Guinn (University of Cincinnati, Montana University and University of Wisconsin). Aziz has furthered his passion for animation by establishing Talisman Animation Studios, a storytelling company with the objective to create original Pakistani IP content. The Donkey King movie is the first property to come out of this endeavor. 1. Please tell us something about yourself, what do you do and what film projects have you participated?

I am a career brand builder with over 18 years of experience at Procter & Gamble, working across USA, Singapore, Kenya, Dubai, and Karachi. During this time I happen to lead the client team that created an animated superhero property for a leading anti-bacterial soap brand (Safeguard / sold under the trademark of Shu Fu chiya in China). This superhero character achieved cult status in Pakistan and has been reapplied in various parts of the world including China.  More recently, I have given up my P&G job and set up a content creation company in Pakistan by the name of Talisman Animation Studios and our first project is this film called The Donkey King.

2. Can you briefly introduce The Donkey King?

The Donkey king is an animated family comedy for children and children at heart. It's a story of Mangu, a dreamer, happy go lucky donkey. The story traces Mangu's extraordinary journey from a small town dhobhi ghat to a royal palace during which he rises, falls and then rises again to prove to the world that he may be born a donkey, but is not one. In a nutshell, Donkey King is an allegorical story of the triumph of an underdog. The core objective of the film is to inspire children and adults alike to reach their full potential, regardless of the skills and talents they are born with.The film has an ensemble voice cast including some of the top names from Pakistan film industry. These include Jan Rambo, Hina Dilpazir, Jawed Sheikh, Ghulam Mohiuddin, Ismail Tara, Shabbir Jan, Irfan Khoosat, Ahsan Rahim, Adeel Hashmi and Faisal Qureshi amongst others. The music score is done by Shani Arshad and songs are composed by Asrar, Shuja Haider and Shani. Direction, Story & Screenplay is by Aziz Jindani, former Global Business Unit head Procter & Gamble and architect of proven, successful iconic Commander Safeguard Animation Series.

3. Is it your own IP? How it was generated before making it into the animated film?

Yes. 100% original IP. It was developed over a period of 12-18 months before we embarked on production with extensive and iterative concept development exercise.

4. How long it took to finish the whole production? Any complicated scenes or technical barrier during the project? How you manage it?

All in all, it took us about 2.5 years to finish the film from start to finish. The climax sequence (6 mins of the thrilling chase) was the most difficult one to execute. The biggest technical barrier was the slow rendering time locally due to a fur-based character and limited render capacity in-house. That is where Fox came in.

5. Before using Fox Renderfarm, how you solve your rendering? Any big differences?

As said earlier, we were rendering in-house but were constrained by available nodes and high render time/frame due to fur based characters. The biggest difference between in-house and Fox is speed and reliability. Our speed shot up almost  5 times and there were seldom any issues with the output.  It was a great enabler to complete the project on time.

6. How do you think of Fox Renderfarm? Any comment?

I think of Fox as a savior for small production houses with big ambitions, like us. The cloud rendering solution is both affordable and reliable supported by some of the most collaborative team.

7. It's going to be released very soon, what do you want to say to the audience?

Well, what can I say? I'd just like each and everyone to see this film because it has a relevant story that appeals to children and children at heart and is made by a bunch of crazy people at Talisman Studios who have refused to grow up.