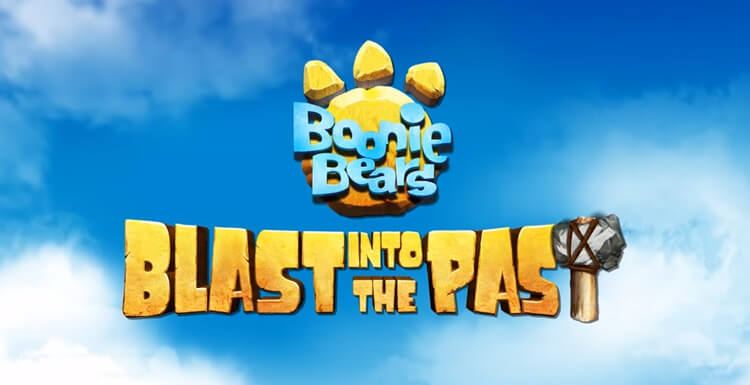 With Fox Renderfarm To See The Production of Boonie Bears: Blast into the Past

Boonie Bears: Blast into the Past, produced by Fantawild Animation Inc., has been officially released in February’s Chinese New Year peak period, and currently has more than 500 million box office. The six feature films of "Boonie Bears" have more than 2.5 billion box office, which is called the classic of Chinese animation IP.

With someone who wants to protect, you will become a real warrior.

Boonie Bears: Blast into the Past tells the story of the Logger Vick, Briar and Bramble, crossing to 30,000 years ago by accident. They met the "coward" little wolf female Feifei, experienced a series of adventures, and finally helped Feifei to know herself and find courage. This conveys: When you have someone you want to guard, you will become the real warrior.

According to director Huida Lin, every movie in the Boonie Bears series will show elements such as childishness and wonders, and convey the friendship, affection, love and other emotional concepts through the role, which is close to real life and also serves as a cut-in Point, expand the theme of the film, this is one of the fundamentals of their guarantee of the vitality of the series.

"We hope that the new work will make everyone feel the realities of the original era (such as mammoths, sabre-toothed tigers, rhinos running all over the place, etc.), and can see some new and interesting things different from the past. Through the re-processing of realistic elements and Fiction, to achieve a refreshing effect."

In order to ensure the vitality of the series of films, the Fantawild production team has made great efforts in terms of pre-production, production technology and post-performance. With the technical accumulation of the first five works, Boonie Bears: Blast into the Past can be said to have achieved a qualitative leap. What specific breakthroughs in production? Let us find out~

Interlaced picture Compared with the previous works, this year's works have greatly improved in light and shadow processing. In the early stage of production, the team has already had a deep understanding of the style and positioning of the film and improved the production skills through special training. Finally, a set of light and shadow synthesis methods was summarized for the style of the film. The team adopted the latest version of Arnold, which has a great improvement in efficiency and effect rendering. The fully automated ABC process, the ABC file generated by the lighting link can be automatically completed using the background tool to improve the efficiency of file creation and compress the rendering cost. By introducing a new lighting LightGroup layering scheme, you can output key channels such as Key_light, Filt_light, Back_light, and Fog_light, and the composition can bring out more delicate images.

In terms of character effects and scene effects, the production team also conducted an in-depth study and research on Yeti and Houdini. Boonie Bears: Blast into the Past uses Redshift renderer instead of Arnold to render crystal effects in some scenes. It gets rid of the slow rendering problem in the past; the panoramic lighting effect is used in lighting products, which greatly restores the real environment lighting; The painting scene adopts the method of two to three, and the layered patch is made in Maya for the mid-range, especially in the three-dimensional sense.

Hair styling has always been a problem in cartoon production. This year, Boonie Bears: Blast into the Past has a large number of animals, especially dozens of hundreds of wolves, as well as a variety of animal supporting hair, the production team can only It is difficult to "up". First of all, the use of the plug-in has been updated. Arnold 5's aistandardhair has better support for the texture of the hair. Secondly, they found many reference videos and pictures before production. By observing many animals as a reference, the hair is sorted out. Expressions in the environment and state. According to the project requirements, the dynamic assets of the available Yeti system and the Nhair system were used for hair dynamics calculation in the lens. They are only the main characters of the little wolf female Feifei and the wolf king's hair, they have produced more than a dozen versions, through continuous testing, to achieve the final film effect.

Before the film production, the production team practised and copied the four-footed movements and performances that may appear in the film, looked for reference materials, and conducted an in-depth analysis of the animal's characteristics. The quality of the character binding is very important for the animation performance, so they developed a binding system for the quadruped, which not only improves the efficiency of the animation but also greatly enhances the effect rendering.

Boonie Bears: Blast into the Past production director Qiang Wang told us: “When the team gets the whole paragraph, it will first start the analysis of the character's emotions, look for similar characters for reference, and take real-time assistance in the part that can be taken. In many real shots, the acting performances are extracted, and then detailed to the specific lens to strictly control each link, so that the animation is more refined, more realistic and vivid."

One of the headaches in the production of scenes is the production of forest plants of various shapes. In order to avoid the confusion of the picture, they rely on more reference, more understanding of the sense of line, more art communication, etc., repeatedly tried several combinations, and finally solved the problem of level confusion. Secondly, the terrain is complex, and how to embody the ground details also increases the difficulty of production. They use 4-8k scan textures, and after vector replacement, the ground details are more realistic than ever. The third is that in the overall big scene production, the amount of proxy files is too large, the files often crash, and later, by integrating small agents into large agents, the problem of crashes is greatly reduced.

1.In-depth study, learning to use

First, the asset management and division of labour between regions, Boonie Bears: Blast into the Past is produced by the teams of four bases in Wuhu, Beijing, Shenzhen and Xiamen. In collaboration, it is more in production and asset management. Shenzhen is a production centre, distributing and controlling the project as a whole, and doing a good job in the middle of the production of the film; using the special line to synchronize assets between the four places, unified audit results. The second is the synergy between the creative department and the production department. With the six years of running-in and technology accumulation, the entire team has reached a good understanding.

Large scene rendering requires a huge amount of computational support There are many large scenes such as volcanic eruptions in the film. The rendering of this part is very demanding on the amount of computer calculation. How does the team allocate the internal and external farms reasonably?

Production director Qiang Wang introduced: "There are also rendering machines inside the company. Before the scene is rendered, the technicians will avoid the repeated submission and rendering invalidation by splitting and assembling the rendering task. When the internal render farm can't meet a large number of rendering requirements, we part of the rendering task will be submitted to Fox Renderfarm, maximizing the use of rendering resources to ensure completion in the cycle. Fox Renderfarm can provide a large number of rendering clusters, ready to provision nodes, and provide timely technical support to complete project rendering on time made a good guarantee." Looking back and looking forward, there are challenges to improve Joyful and exciting journey, an immersive audiovisual experience, fascinating production details, with the accumulation of the first six works, Boonie Bears: Blast into the Past quality upgrade, team in project process management, role modeling, big scene There is a qualitative leap in long-lens production, animated emotional performance, and colour effects.

In addition to a qualitative leap in production, Boonie Bears: Blast into the Past also created a lot of surprises for the audience in the role dubbing, character image. 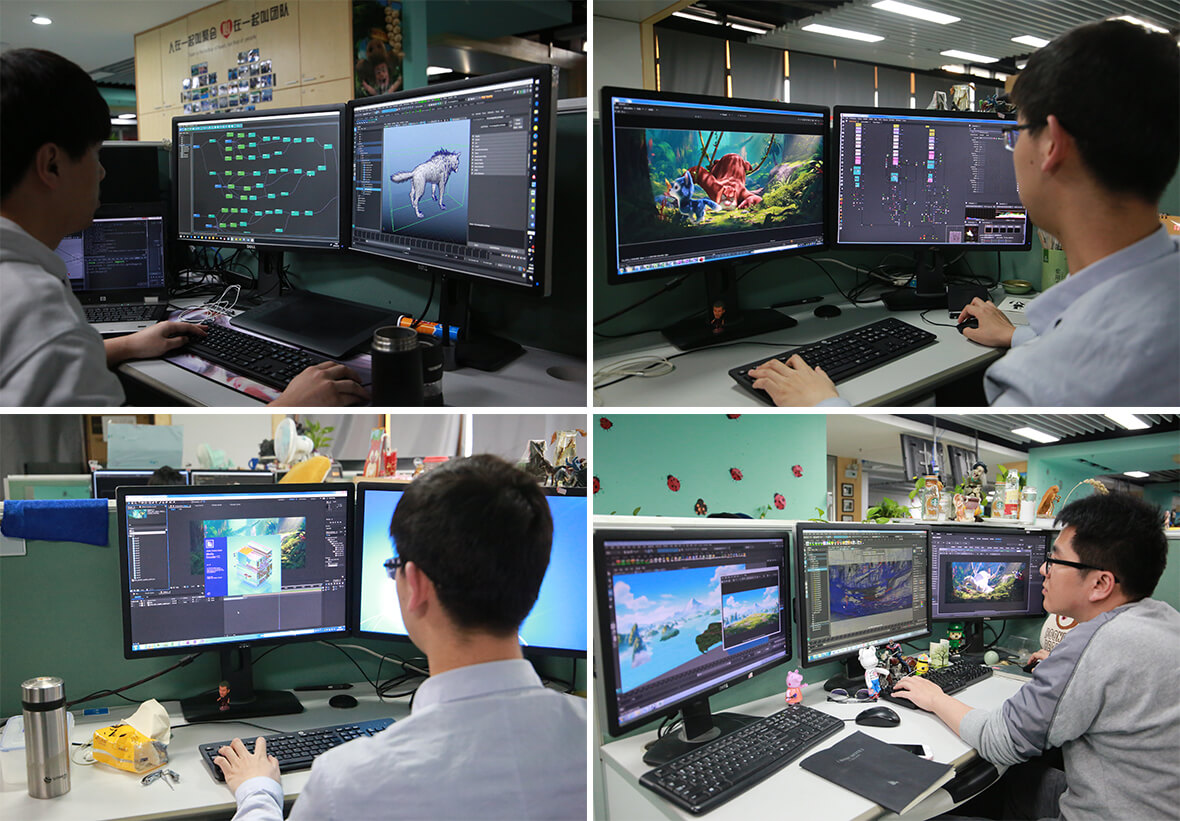