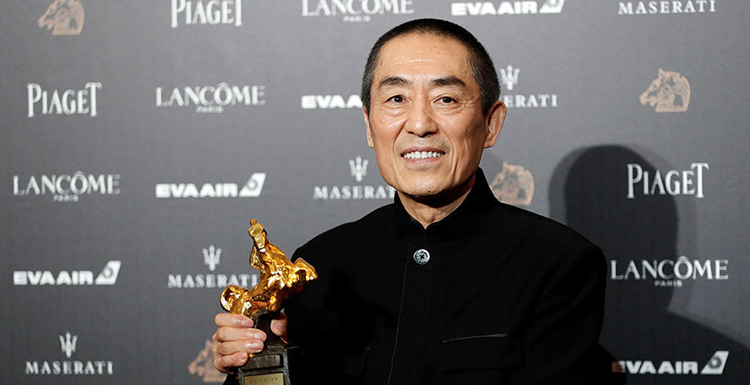 Golden Horse Award founded in 1962, was established to promote filmmaking in Taiwan and to recognize filmmakers who have made outstanding contributions to the Chinese film culture.Recently, the 55th Golden Horse Awards were held in Taiwan, China. "Shadow" which rendering by render farm of Fox Renderfarm was selected for 12 nominations. Zhang Yimou was nominated for the best director by the organizing committee for the first time, and won the Golden Horse Award for Best Director by defeated many powerful opponents in one fell swoop."Shadow" is directed by Zhang Yimou, starring Deng Chao, Sun Li, Zheng Yi, Wang Qianyuan, Hu Jun, Wang Jingchun, Guan Xiaotong, Wu Lei. The story tells us a small person who has been secretly imprisoned since he was eight years old. He is not willing to be treated as a substitute, and after hardships, he tries to find a free humanity.On 6th September, 2018, the film premiered at the Venice Film Festival and officially released in mainland China on 30th September of the same year. In October, the film was nominated for the No. 55 Taiwan Film Golden Horse Award for best feature film, best director, best actor, best actress and other 12 nominations. On 17th November, director Zhang Yimou won the Best Director Award in one fell swoop.Working for film 40 years, Zhang Yimou has never stopped exploring and innovating art, even though he is 68 years old. This time, washing the lead, fading the color, and integrating the thinking of human nature into the film is very different from the past. It was praised as "the most amazing movie by Zhang Yimou so far.""Shadow" strives to achieve the ultimate martial arts aesthetics of the East, without the gorgeous color of "Hero", without the human tactics of "Curse of the Golden Flower", and the ancient shackles of "Great Wall". No longer pursues grand and gorgeous, black and white ash as the theme color, ink-brush painting as the main picture style, "Qin, Se, Xiao" three national musical instruments created a "Chinese painting" image system with Chinese traditional aesthetics. The combination of yin and yang, soft and soft, combined with the virtual and the real, shows the balance of beauty.In addition to the excellent ink-brush painting, the bursting of the fighting scenes in the film is also the most extreme in Zhang Yimou's movies. Some of the fierce battle scenes even make the audience seem to really feel the pain of the characters in the film, such as bamboo inserted in the back, the big knife sees See the leg bones, the dagger straight into the neck and other scenes. As the special effects producer of "Shadow", PIXOMONDO made great efforts and constantly modified and communicated in the production process to achieve the final result. Fox Renderfarm, which provides cloud rendering support for “Shadow”, also provides powerful technical support for the perfect visual rendering of the film.Hoping that Zhang Yimou will bring more different works to the audience!