Blender Creations: How to Sprinkle Some Fun in Characters

Exclusive Interview → Street Musician Reindeer Made in Blender: Sprinkle Some Fun in Character

How to Improve Your Techniques and Creativity

In interviews with numerous outstanding 3D artists that won prizes in all sectors of 3D creations, participating in competitions is what they all mentioned when speaking of ways to improve.

Why not do it now, join FGT3D challenge themed 'Easter Egg', practice what you've learned, and win some decent prizes!

Send your artwork to FGT3D@foxrenderfarm.com with your name and/or the studio's name.

post your artwork in the group with tags #FGT3D and #FGT3DEasterEgg2020

Blender Tutorials: The Process of Making the Guyver 3 Dark Gigantic(2)
As the best Blender cloud rendering services provider, Fox Renderfarm still brings you the blender tutorial to share how to make the Dark Gigantic from freelance Digital Artist John Liu. And this is part two. Material The guyver armor belongs to alien biotechnology. The material itself should have biological visual characteristics, and at the same time, it must have a sense of future technology. John checked many materials and was not satisfied, so he could only design it himself. He wanted to create an extraterrestrial cell-strengthening material that was unique to guyver armor, which looked like futuristic technology and had real credibility. After trying many effects repeatedly, he positioned it in a mixture of beetles and technology. To construct Shade, we must first make a basic material, and then enrich it on this basis. The Cycles material library is used for the material, and then the original material is split and re-transformed, and combined according to the material requirements for the dark gigantic. The Surface part is obtained by the combination of multiple layers of materials, mainly simulating the texture of complex reflection details on the surface. The way of mixing is basically the idea of Substance Painter, so it uses the Pointiness in the Geometry node and the mechanism material taken to make it. With the ColorRamp node, it is easy to get kaleidoscopic effects. Bump is obtained by at least several texture combinations, two procedural textures Voronoi and Musgrave, six-grid texture, and hand-drawn groove line texture. The six-grid texture is obtained by modeling and baking Normal in Blender. Another part is drawn using Krita's powerful tetragonal continuous function and can be combined with these mechanisms to achieve satisfactory concave-convex light and shadow effects. Rendering The rendering output is in EXR MultiLayer format, which is Blender's film and television-level composite file format. Krita supports most layers, and Natron supports it perfectly! EXR is the format that guarantees all HDR color information and channels of the work and provides the strongest support for subsequent work. Synthesis Synthesis can be roughly divided into two stages: A. Complete the first stage of synthesis in Blender, which mainly completes the noise reduction of reflection noise and layered output Diff (with light and shadow), Glossy (with light and shadow), refraction (with light and shadow). B. Complete these output 16-bit PNGs are sent to CSP or Krita for final synthesis effect. To sum up The production and sharing of the Dark Gigantic are completed, and I hope to provide you with some references. In terms of sculpting ability, Blender is capable of producing high-precision characters, and his dynamic sculpting is very efficient.
More
2021-02-04

Blender Tutorials: The Process of Making the Guyver 3 Dark Gigantic(1)
As the best Blender cloud rendering services provider, Fox Renderfarm brings you a blender tutorial to share how to make the Dark Gigantic from freelance Digital Artist John Liu. John is good at expressing his art in a variety of different creative techniques. He used to like Mr.Yoshiki Takaya's manga "The Guyver: Bio-Booster Armor", and was really amazed by the superb biological armor design inside. He prefers this kind of curved design to the European and American mechanical design with straight edges and corners. Yoshiki Takaya's manga "The Guyver: Bio-Booster Armor" The Dark Gigantic is redesigned on the basis of Guyver's original. The entire head is like a crown, with a domineering and powerful shape! There are not too many straight lines to show his toughness, but through the overall domineering shape, an aggressive aura from the depths of the character is revealed. Therefore, as part of the process of learning Blender, John chose to use Blender to reproduce the role of the Dark Gigantic, which is rich in super curve structure. The final effect of the Dark Gigantic, Modeling At first, traditional polygon modeling was used. Due to the highly complex surface structure of the Dark Gigantic, the traditional polygon modeling is more difficult, so the latter part is converted to the engraving method to complete, and the topology is completed after the model is completed. The entire bust is probably composed of more than 50 parts, and the overall number of faces maybe around 30 to 40 million. Blender performs well in this respect. Number of faces: 49954816 If the number of subdivisions is 12 million and the engraving will freeze, you can try to display only the object currently being engraved independently, and switch the viewport to a viewport display mode, which will be better. Because Cycles has very powerful rendering capabilities, and the very small details of the engraved surface, you can get rich and small details through the mixing of mechanism maps, and you can freely control those gorgeous mechanisms. Structural redesign When the model was rendered for the first time, it was found that there were no details at all. This result is far from the manga. After some observation and thinking, John found that the dark gigantic in the manga is composed of black and white line drafts. Numerous line drafts are intertwined and drawn to produce a lot of so-called "details" in black, white, and gray. It feels that the giant armor is very layered. However, once this structure is placed in the 3D model, without the gorgeous interweaving of the line drafts, the model immediately presents a monotonous problem. Now it can only redesign the details on this basis. The entire design process has gone through many times, each time constantly changing and adding more structures, the texture design of the head metal controller, the head horns increase the detailed structure of the fin-like marine life, the eye segmentation structure. More insect compound eye structures have been added, the mouth has been added and improved with more levels of detail, and the chest has a line segmentation structure. Compare the effect of the model before and after The final effect: The structure of the chest particle cannon is a new design, which adds rich details and layers to him so that it can highlight a very powerful feeling. From this stage, the dark gigantic is a redesigned personal version. According to my thinking about the personality of the Agito Makishima/ Guyver III, the structure of some parts has been changed, and some parts with the characteristics of the beetle structure have been added.
More
2021-02-04 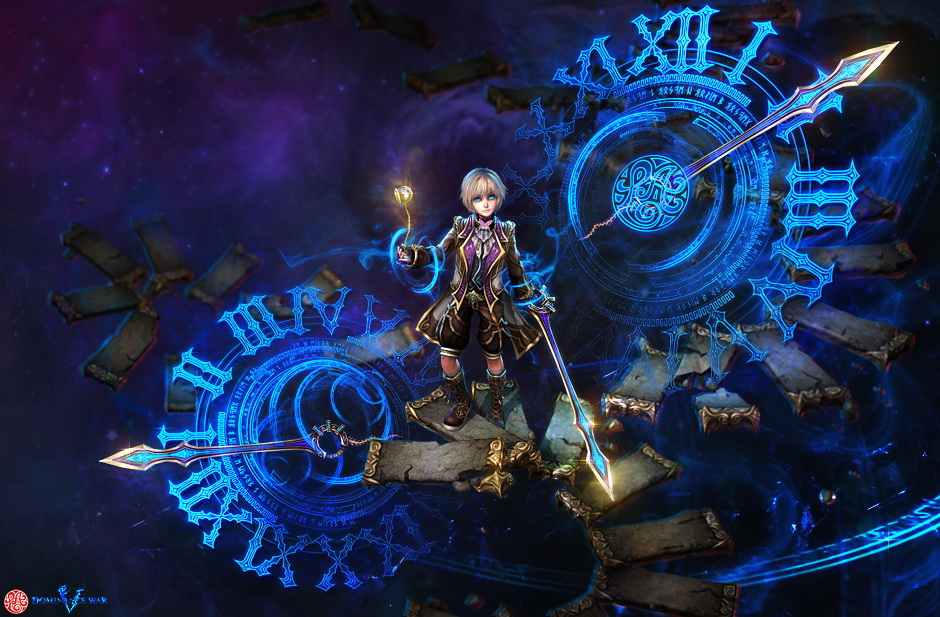 3D Modeling and Sculpting of Chronos in Blender(3)
Continue the 3D Modeling and Sculpting of Chronos in Blender(1) and 3D Modeling and Sculpting of Chronos in Blender(2), the faster and easier cloud rendering services provider, Fox Renderfarm still shares with you 3D Modeling and Sculpting of Chronos in Blender(3). Lighting Firstly, I added a stronger background light to illuminate the edges of the characters. The lights are roughly divided into the main light source, auxiliary light source, backlight source, and a group of lights around the character. Here is an introduction to the role of this group of lights to simulate a shadow of skylight for the characters. The rendering speed of such a light group is much faster than the sky shadow, and the effect is also good. Rendering The rendering was made using the default Arnold renderer of 3ds Max, and then layered rendering was used, and then composited and adjusted in Photoshop. Firstly, each part is rendered in colors. For post-processing in Photoshop, the advantage of layering is that it is easy to control the effect of each component and the effect of depth of field. 1. Simply put the components together first, and choose a starry sky picture for the background. 2. Add some glow effects to the magic circle. It is best to feather the magic circle and fill it with some fading blue to get an effect similar to the edge glow. 3. Add some glow effects to the metal parts, the production steps are similar to the magic circle effect. If it is not obvious enough, we can copy a few more layers of the boost effect. 4. Add some magic effects to the entire screen to enhance the overall atmosphere. Here I am using a set of Photoshop brushes. This brush is very practical and can easily draw all kinds of magic effects. 5. After adding magic visual effects, we can see that the overall picture looks cooler. The details are as follows,
More
2020-11-03