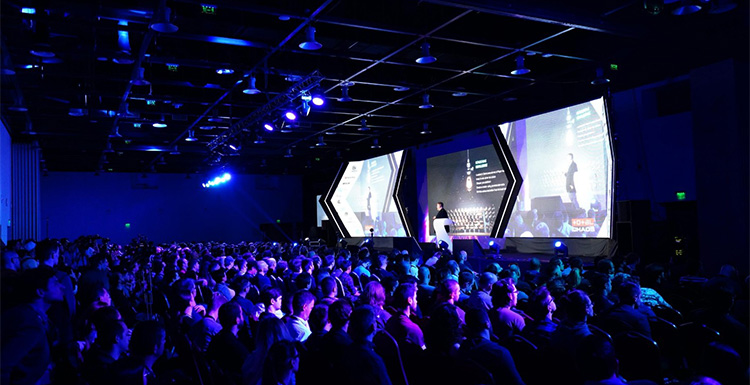 On May 17, Chaos Group launched its Total Chaos conference in Sofia, Bulgaria with a keynote from the minds behind V-Ray and Corona. The company reinforced its dedication to research and innovation, its commitment to bringing V-Ray to diverse creative industries and its continuing support for the creative community.
After an energetic performance from Rio Dance Crew 360 and singers Torlashki Napevi, CCO Lon Grohs welcomed the 1,000-strong audience of Total Chaos attendees to the Sofia Tech Park. Next, Peter Mitev, Chaos Group’s co-founder and CEO, presented the highlights of a busy year for V-Ray and Corona including the launch of V-Ray Next for all major platforms, V-Ray for Unreal, Corona 2 and 3 for 3ds Max and Corona for Cinema 4D.
The teams behind V-Ray and Corona have been collaborating closely on new technology. At Total Chaos, Corona’s Research and Development Partner Jaroslav Křivánek officially launched Chaos Research, a laboratory which will combine resources, experiment with new ideas and create the rendering technology of the future.
Jaroslav handed over to Corona’s Founding Partner and Main Developer Ondřej Karlík, who celebrated the innovative renderer’s 10th birthday with a demonstration of recently introduced features of Corona, including its caustic effects, and gave a glimpse at how they’ll be refined in the future.
No Total Chaos Keynote would be complete without a few words from Vlado Koylazov, Chaos Group’s co-founder and CTO. He introduced some of the exciting features users can expect in V-Ray Next updates for Maya, 3ds Max and Unreal, as well as the official release of V-Ray for Houdini.
VP of Product Management Phil Miller joined Vlado on stage to wrap things up. Together, they introduced a brand new demo of Project Lavina, the incredible real-time iteration of the V-Ray engine.
DAY ONE
The day started with an incredible keynote from the most important people behind V-Ray and Corona. Then, the 1,000-strong crowd dispersed to check out a diverse array of presentations from professionals in the CG industry. 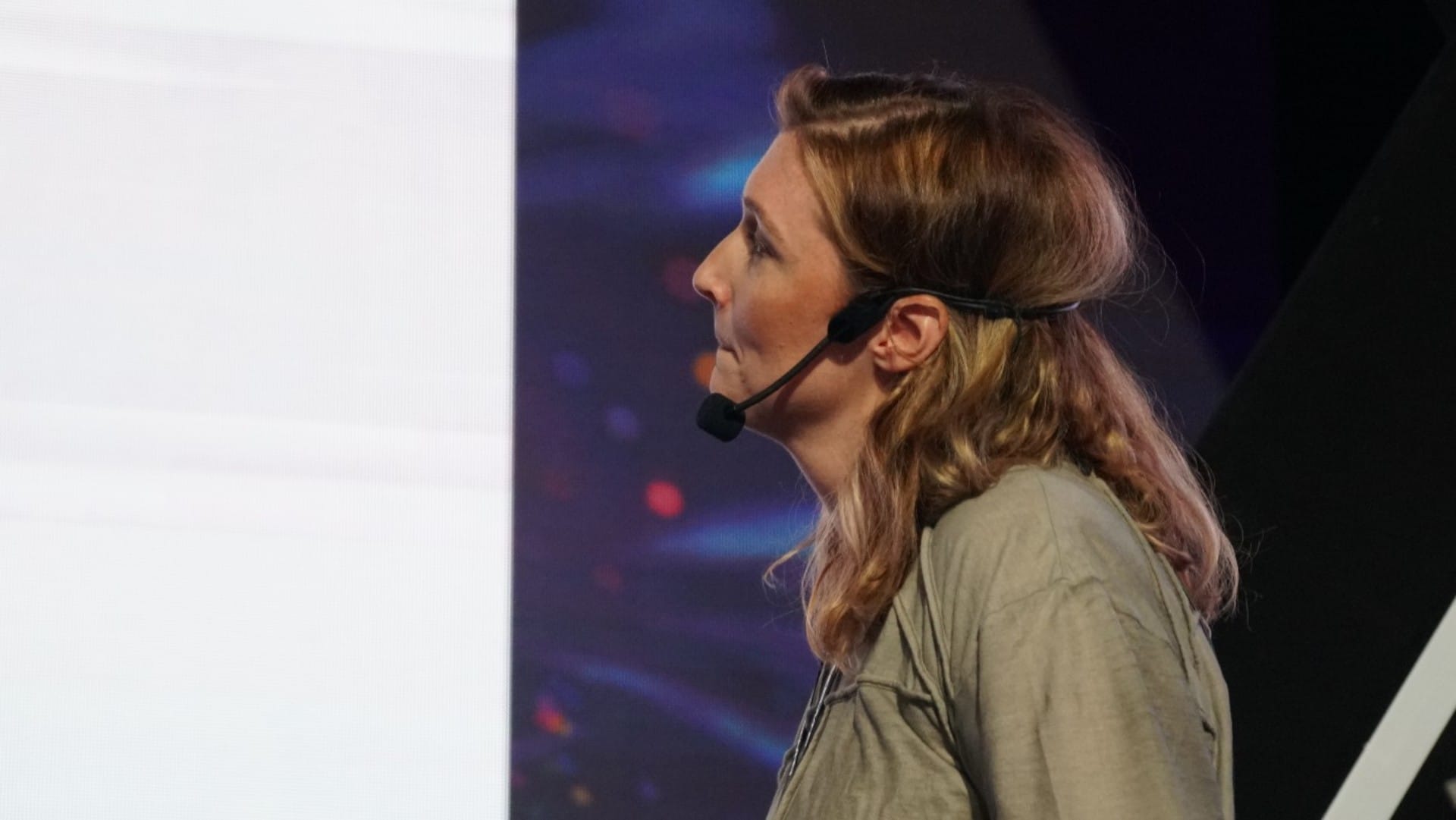 ·Art track
Arch viz and interior design was the focus of the first two talks on Total Chaos’ biggest stage, with WeWork’s Gregory Rogers and Kengo Kuma Architect’s Tomohiro Matsunaga deconstructing workflows and delving into the role V-Ray plays in their visuals.
Then, we switched lanes to a presentation from Sonja Christoph. Her inspirational and moving talk looked back on a varied career which has taken her from work on movies, including Tomorrowland and Doctor Strange, to her current role as an environment artist at Massive Entertainment for games such as The Division 2. 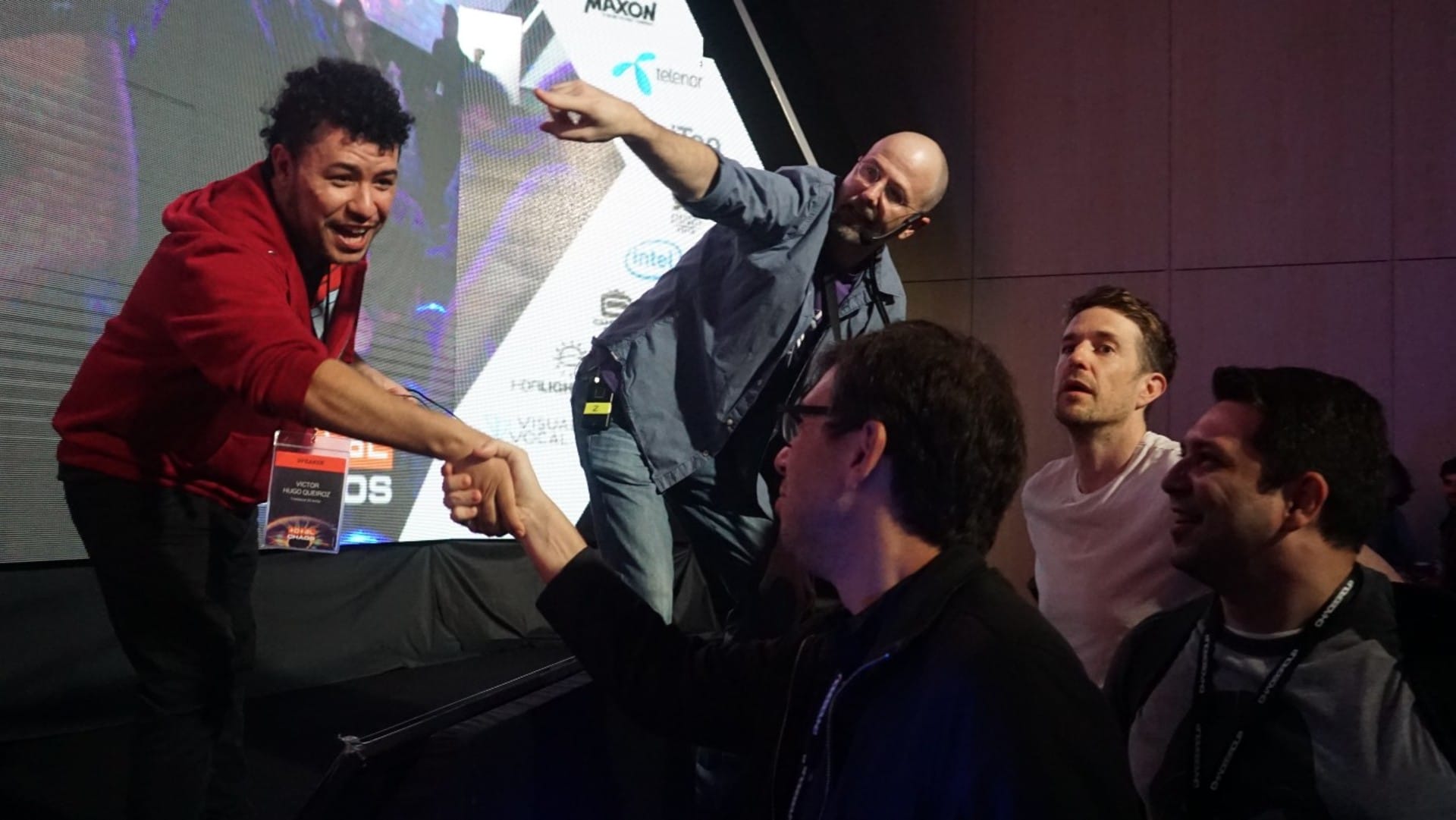 There are many ways of representing the human form, and a trio of presenters showed their approaches to digital characters. Victor Hugo charmed the crowd with his uniquely stylized characters, Ian Spriggs showed how he’s using traditional techniques with cutting-edge technology and anatomy expert Scott Eaton blew the audience's minds with his research in AI and human figures. In a hugely exciting announcement, Ian even debuted a new portrait of THU event founder Andre Luis.
·Women in tech panel 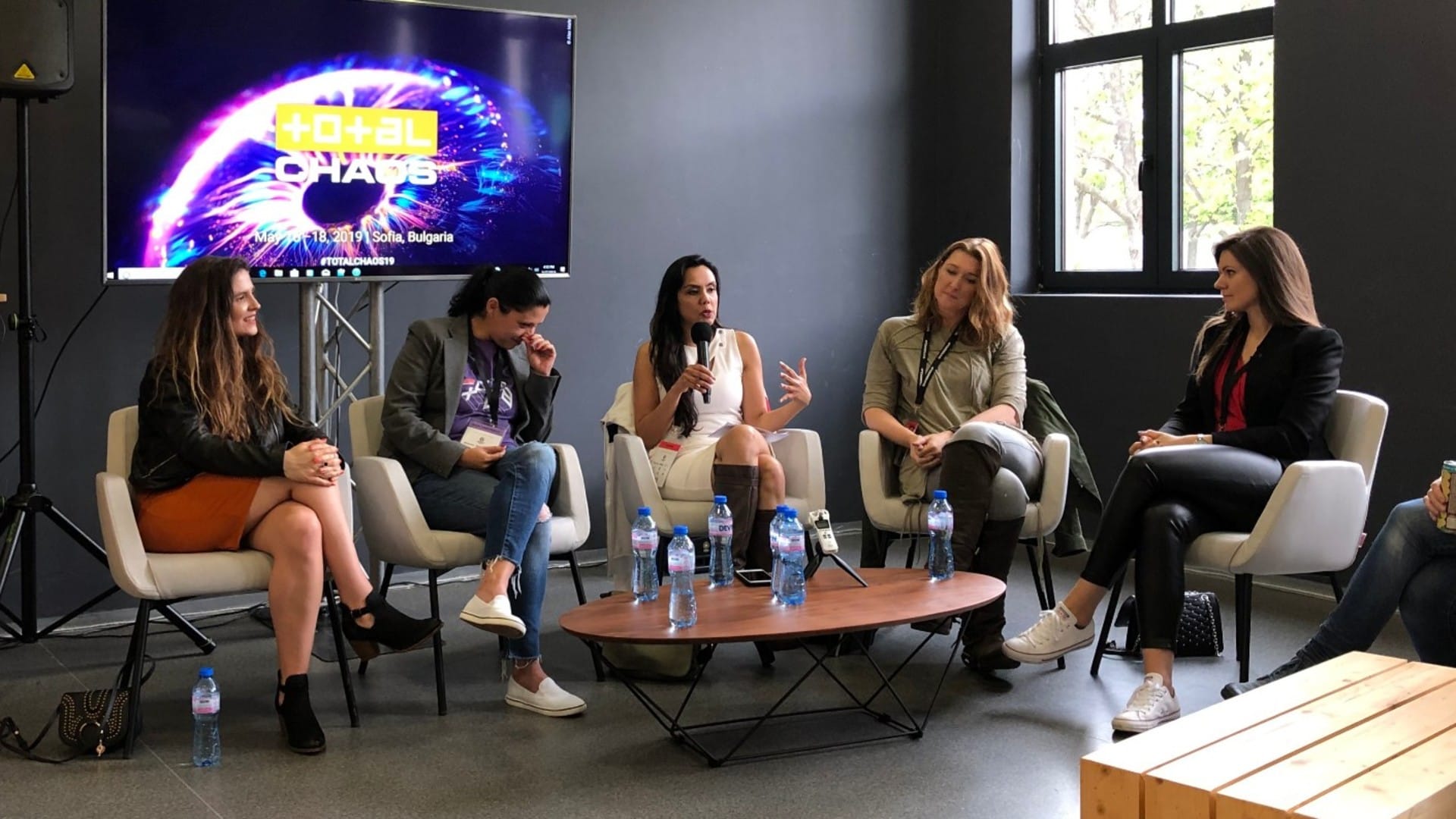 Total Chaos was host to a packed discussion on how women can forge successful careers in the worlds of tech and CG. Juice’s Natalia Lasota, Chaos Group’s Albena Ivanova, Avengers: Endgame’s Production Technology Manager Piya Wadia, Massive Entertainment’s Sonja Christoph and INK’s Ioanna Ivanova talked about their unique career paths and switching between industries, personal and workplace challenges, advice on time and stress management and communication in the workplace, and — above all — how to follow your heart and stay true to yourself. 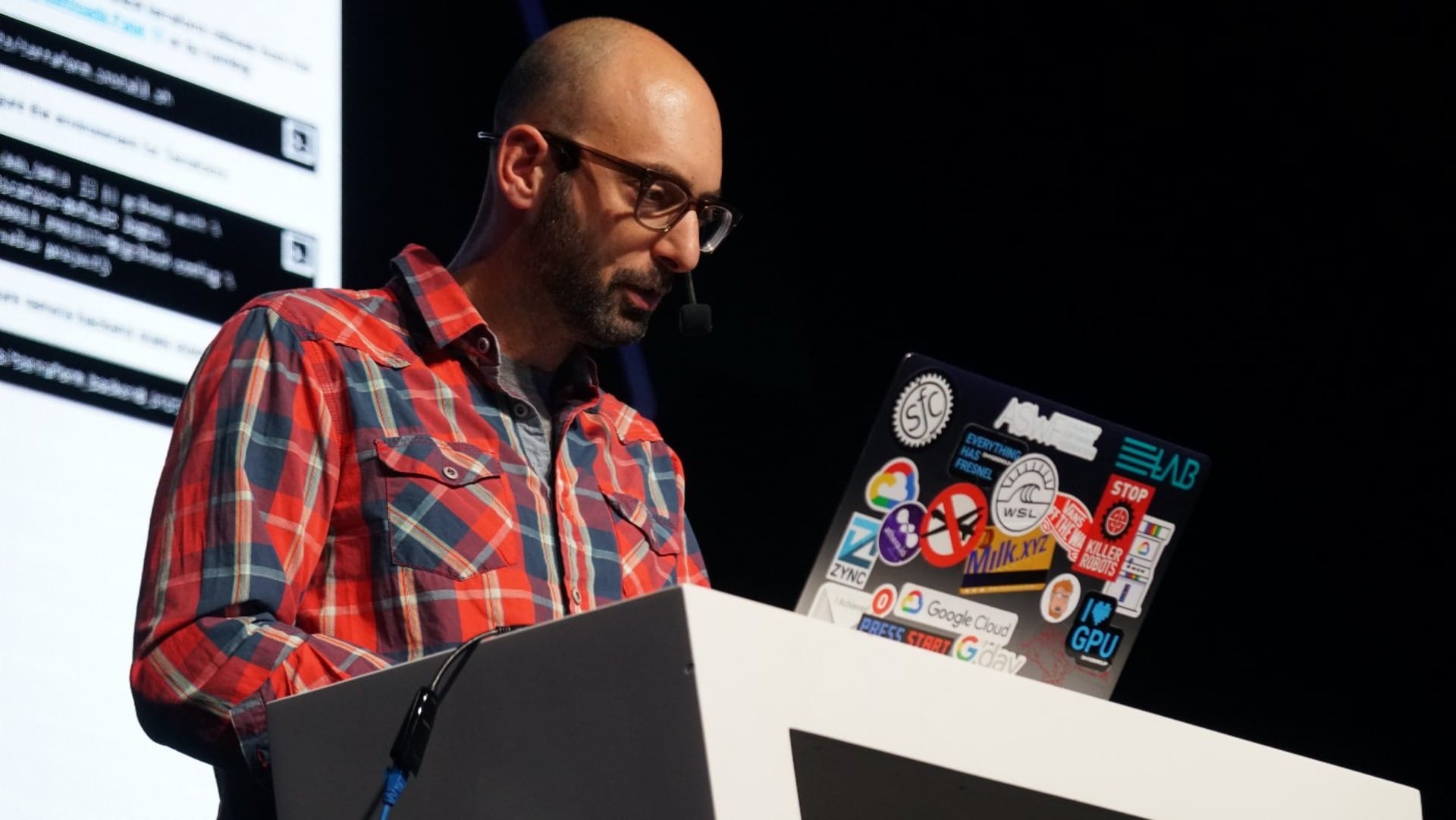 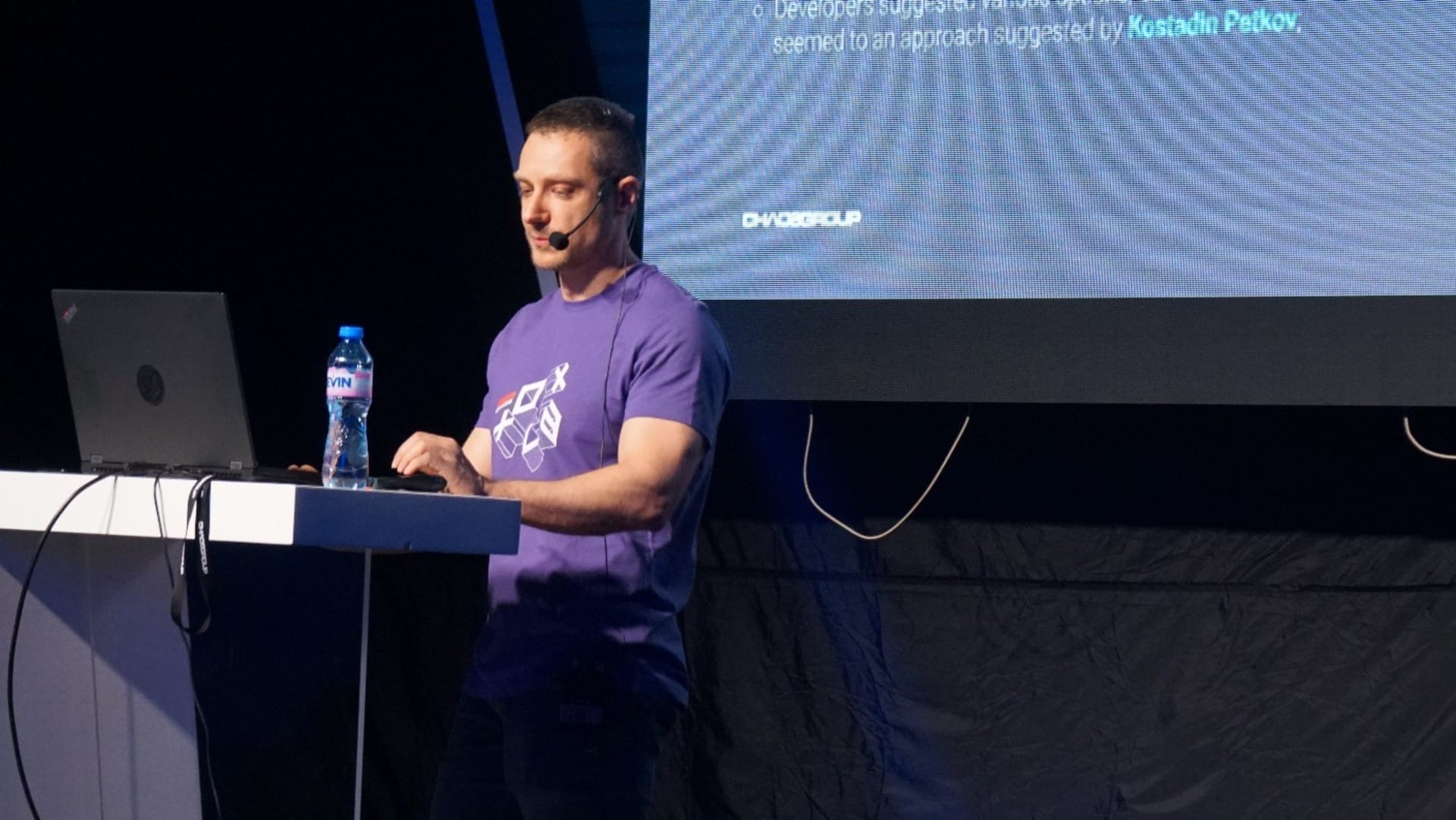 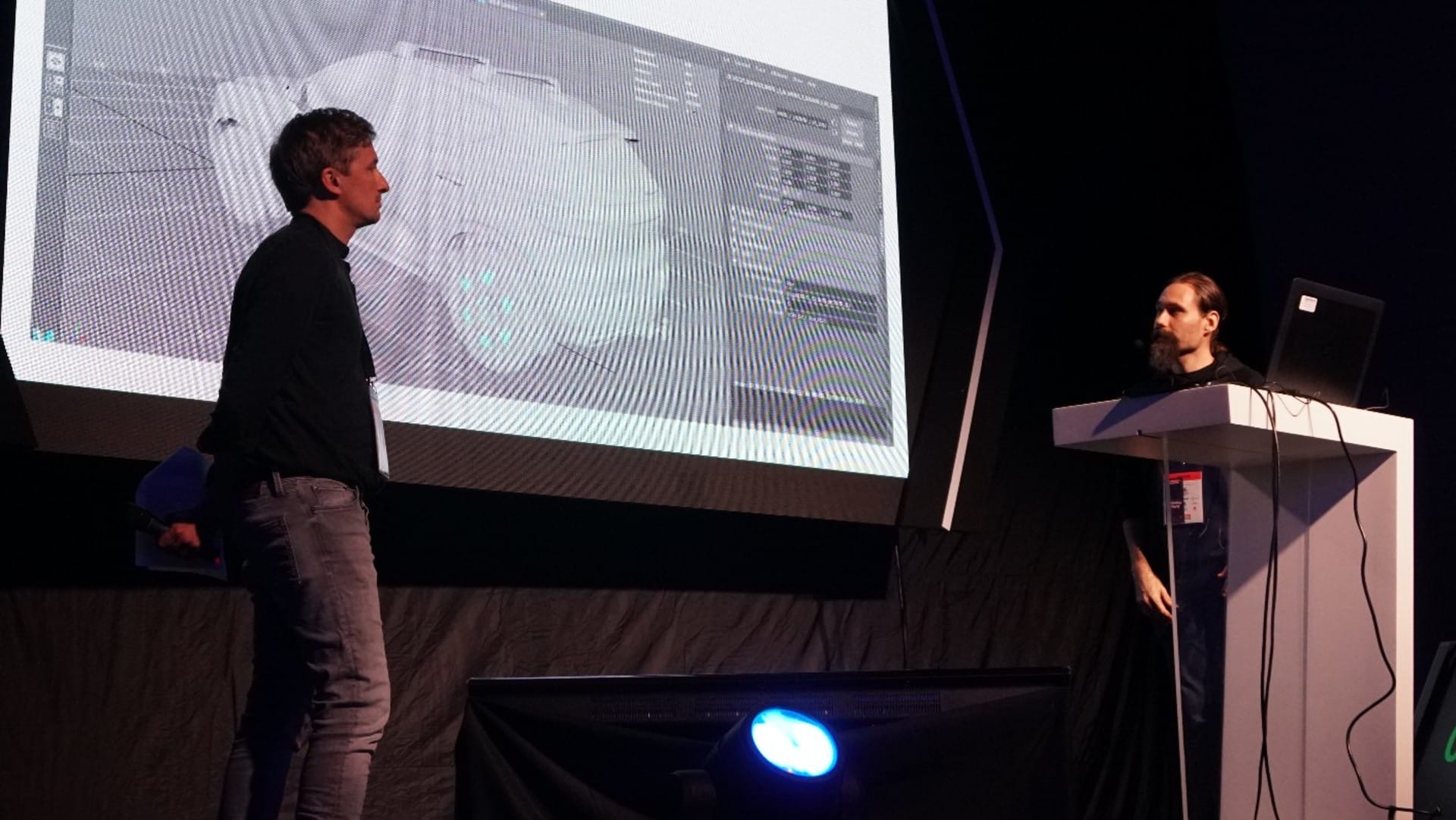 ·Craft track
Volvo revved up the Craft Track with a presentation on how it has developed a fully integrated pipeline for real-time and offline rendering and the knock-on effect this has had on the way its cars are built. Porsche’s Andre Matos was in swift pursuit with a look at how V-Ray GPU and VRscans have supercharged his workflow, and he was followed by fascinated and varied talks from Tobias Nientiedt (OTTO), Tarran Kundi (Woods Bagot), Adam Tunikowski and Natalia Lasota (Juice), and Anthony Christov (IDEA Academy). 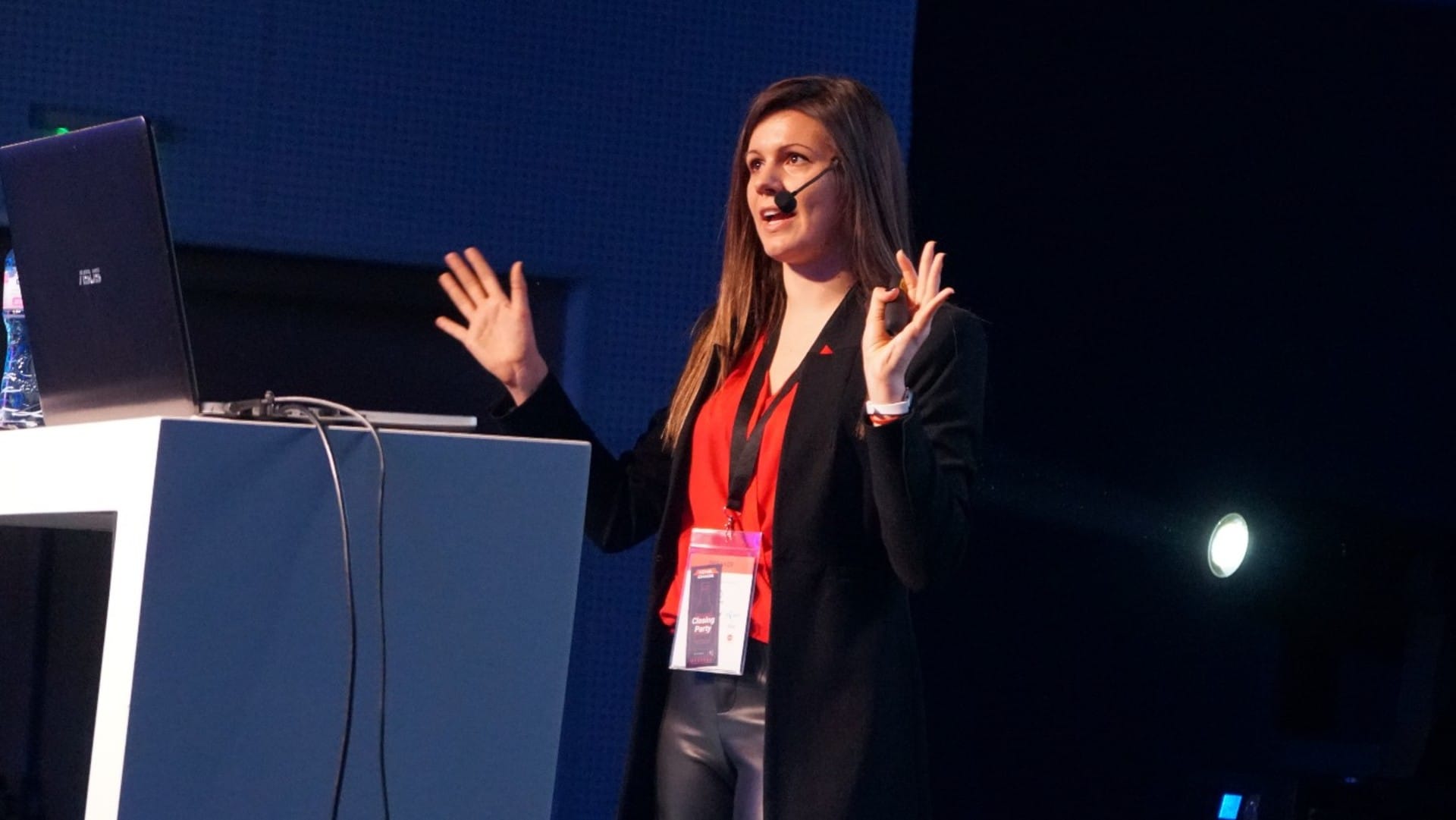 London’s INK Studio has made a name for itself in creating clean-but-playful images, animation and VR experiences for the likes of Honda and Audi, and in Ioanna Ivanova’s presentation she showed off some of the tricks of the trade. She demonstrated how Cinema 4D can be used for quick and easy previews, showed a head-spinning Escher ad — and revealed why you should never, ever try to work with cats.
The Craft track finished with a journey into the (occasionally horrific) heart of Hellboy from Bulgarian VFX studios Nu Boyana and WorldWide FX.
DAY TWO
Total Chaos's second and final day was every bit as good as the first. The line-up of 34 presentations and discussions across four stages demonstrated the incredible diversity of the CG industry. The crowds were astonished by AI-powered world builder Promethean AI, inspired to create a mobile game with Gameloft Sofia, learning how Blur Studio coordinates artists around the world or discovering the inner workings of Chaos Cloud.
Architecture and design was the theme of the Art track’s morning session. Gensler’s Scott de Woody was the first to grace the Total Chaos podium with his overview of the multinational architecture firm’s approach to creating buildings people want to work in — including an appropriately triangle-based HQ for chip firm NVIDIA. 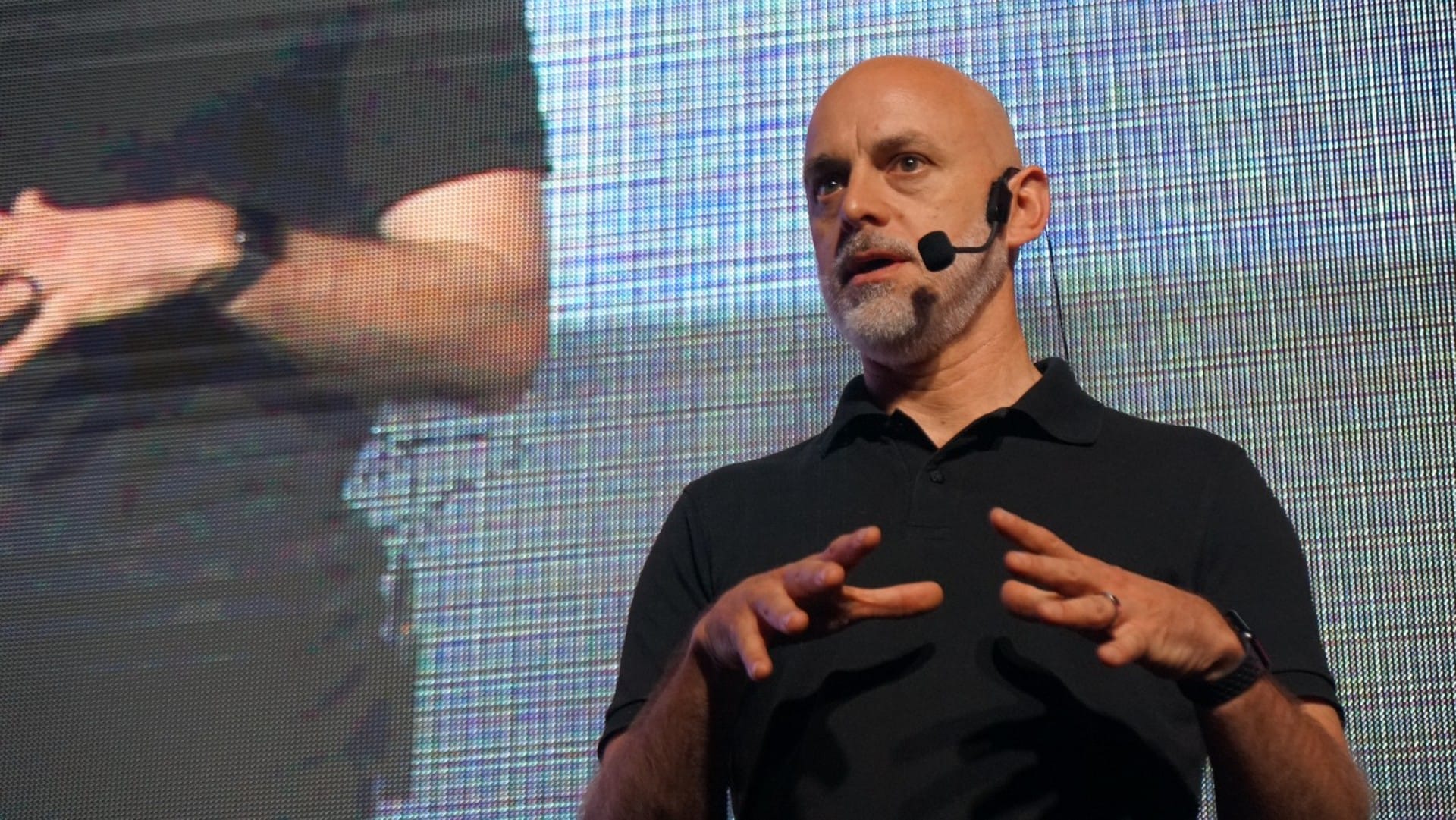 Continuing the architecture theme was KPF’s Cobus Bothma, who detailed how the company built its cutting-edge pipeline with new V-Ray tools such as V-Ray for Unreal for creating Hololens scale models and easy, beautiful real-time walkthroughs in Project Lavina. The trip down the VR rabbit hole continued with Marko Margeta and Jose Pareja Gomez of Zaha Hadid Architects, and Factory Fifteen’s exhilarating Nissan Formula E experience.
Madrid-based creative studio Beauty and The Bit has brought big-screen sensibilities to the arch viz movie with “Landmark.” In his presentation, art director Victor Bonafonte Morales explained his initial intentions and demonstrated how his sketches and previz fed into the final movie. 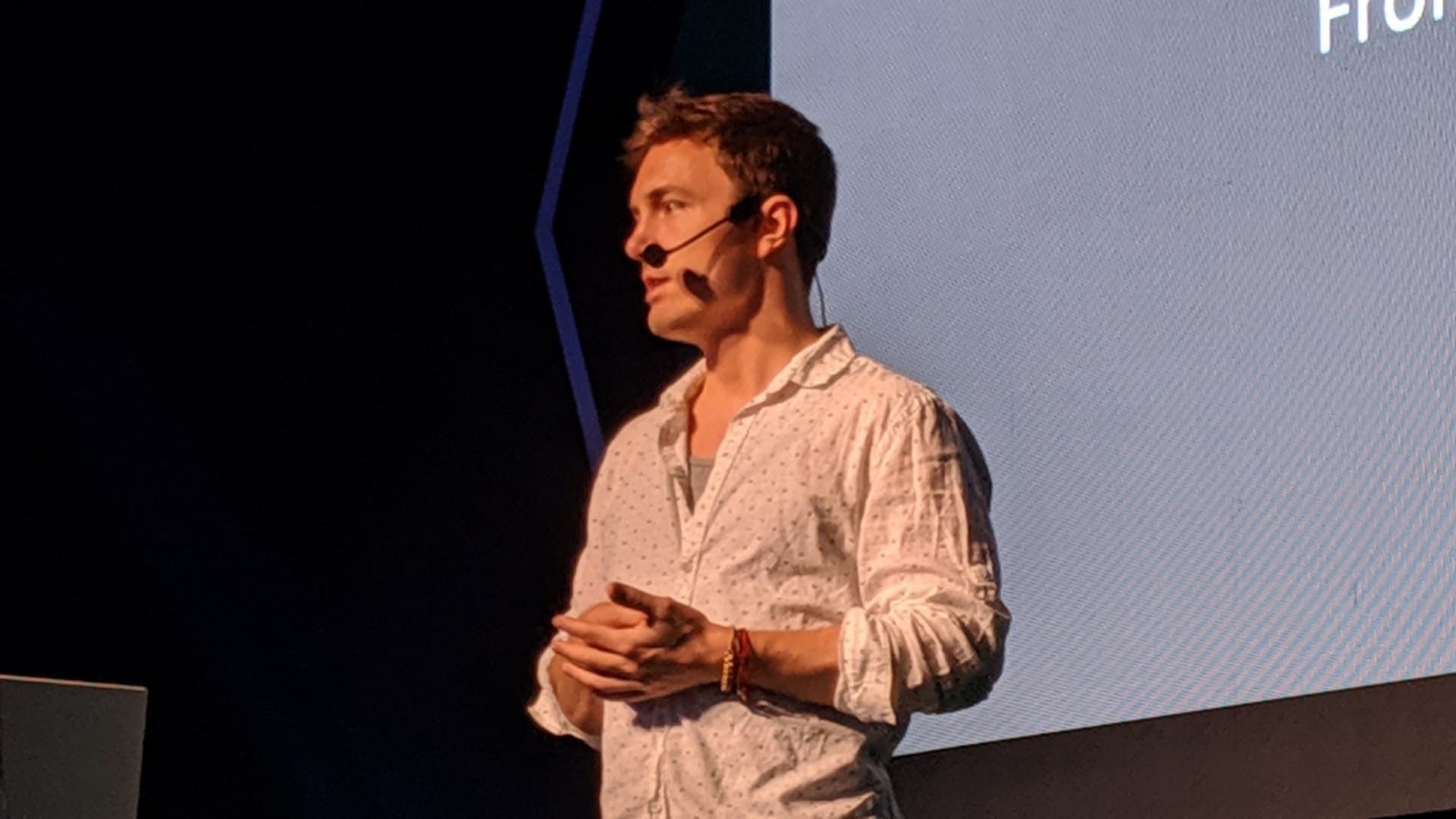 Meanwhile, in the Craft track, Ingenuity’s Grant Miller went procedural with a guide to how the company uses Houdini and V-Ray for Houdini to create environments populated with dense fauna, crowds of thousands for a Kelly Clarkson music video and piles of bodies for The Walking Dead. There are sure to be some audience members who will make use of Grant’s techniques to cut out the fiddly bits of their VFX pipelines. 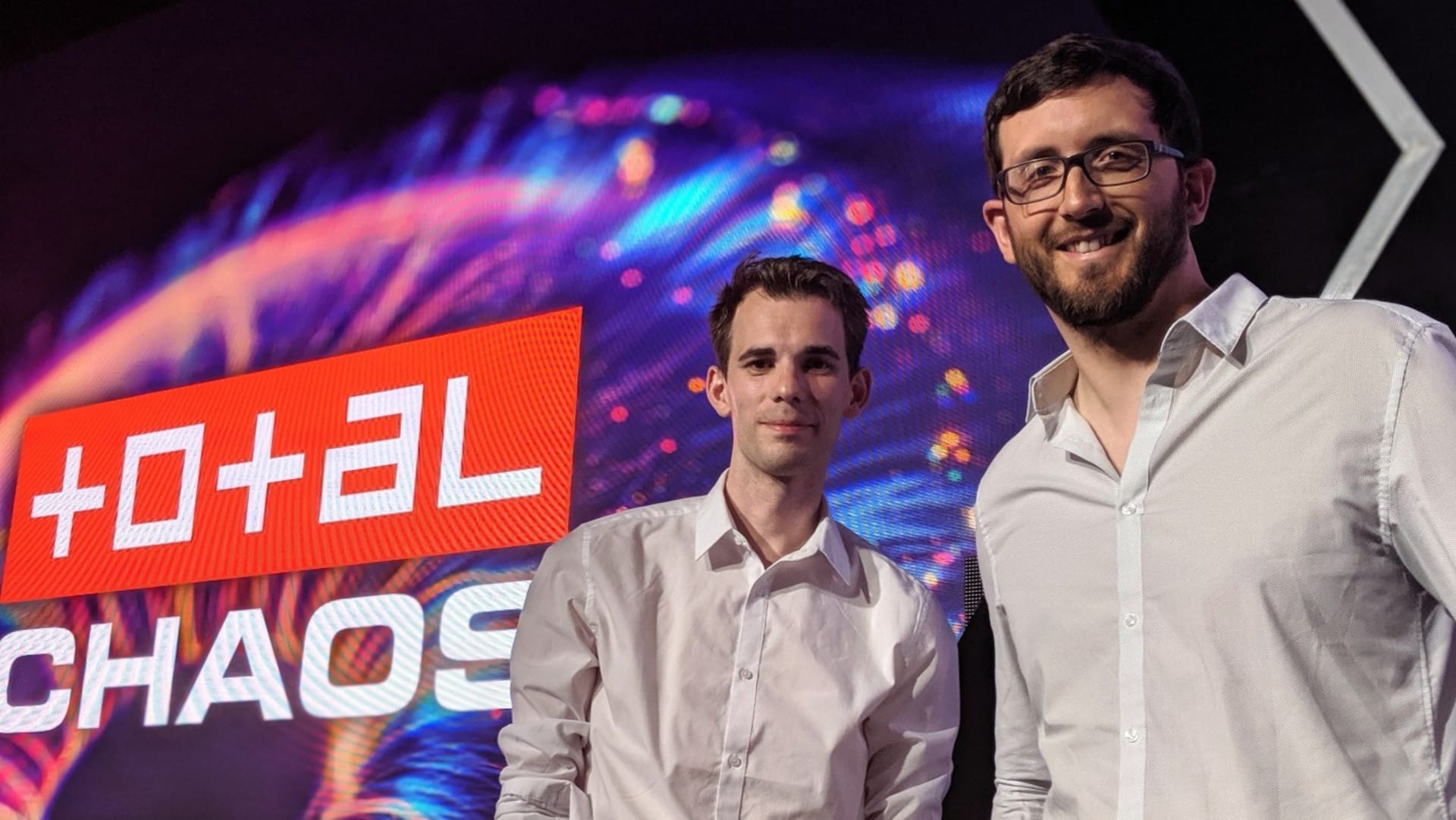 Quickfire round! Back in the Art track, ILM’s David Wortley and Falk Boje showed how V-Ray for 3ds Max has been used seamlessly to create environments in big movies including Black Panther’s Wakanda, A Wrinkle in Time’sfloating mountains, Jurassic World: Fallen Kingdom’s Isla Nublar, Star Wars: The Last Jedi’s Skellig Island (with Phoenix FD for the sea) and Rogue One’s tropical battleground. Despite covering so many films, there was no shortage of tips and tricks here.

The Assassin’s Creed series takes pride in its accurate historical recreations — albeit with a dash of 21st-century parkour. In Yavor Yakovliev’s presentation, he showed how Ubisoft Sofia used procedural techniques to recreate Ancient Egypt for Assassin’s Creed: Origins. Next door, in the Craft track, Slashcube’s Thomas Vournazos flew us to “Moon Village.” Developed in conjunction with architect SOM, the European Space Agency and the Massachusetts Institute of Technology, this short film used Corona for Cinema 4D to visualize a human colony on Earth’s natural satellite. 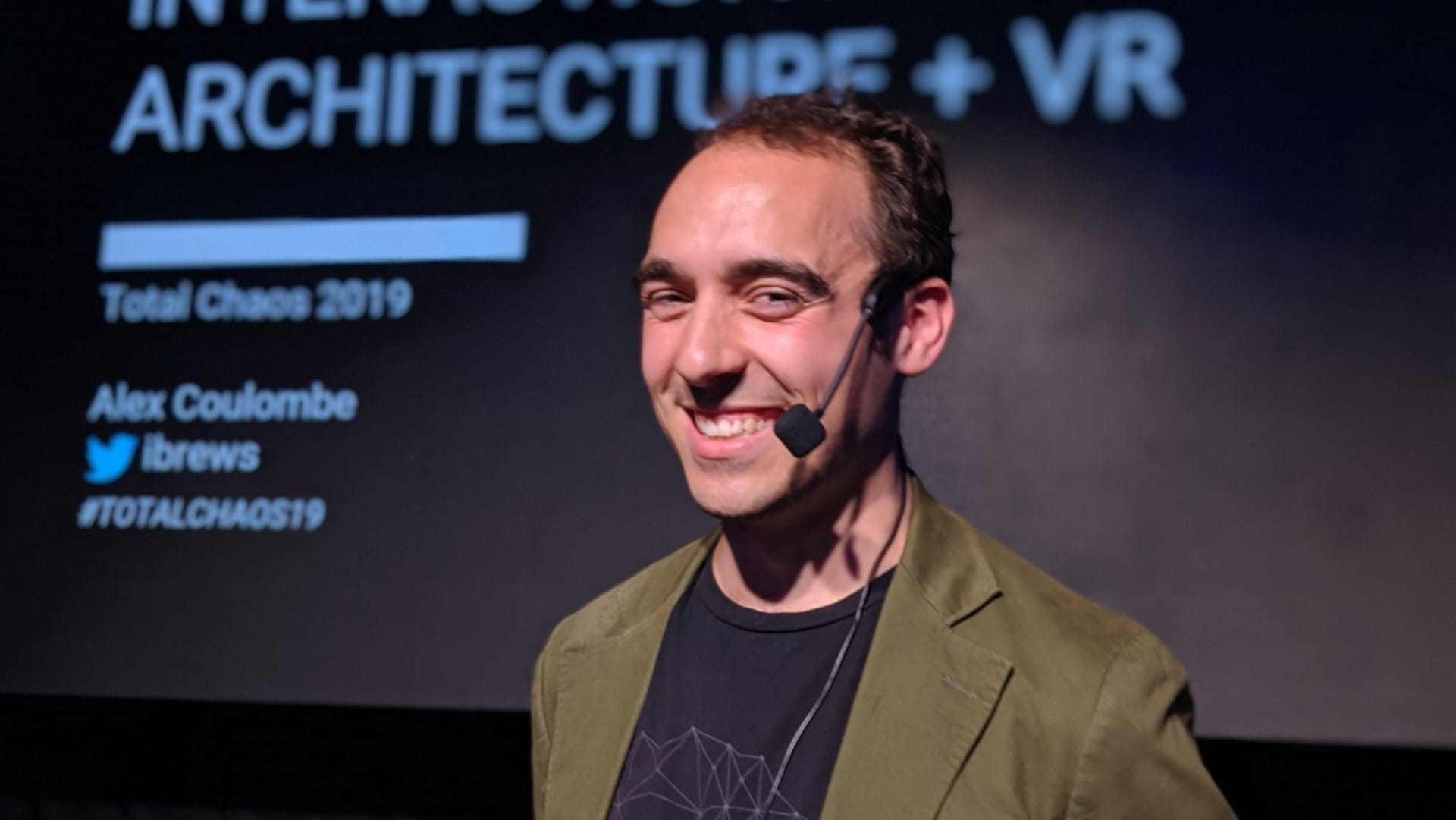 How can VR help the architecture industry? And what happens when we create spaces in VR without the constraints of the real world? These are the questions Agile Lens’s Alex Coulombe answered with his dynamic and charming presentation. He looked at how VR has changed the way we plan and explore prospective theaters, and how it inspires new forms of architectural, artistic and theatrical expression. 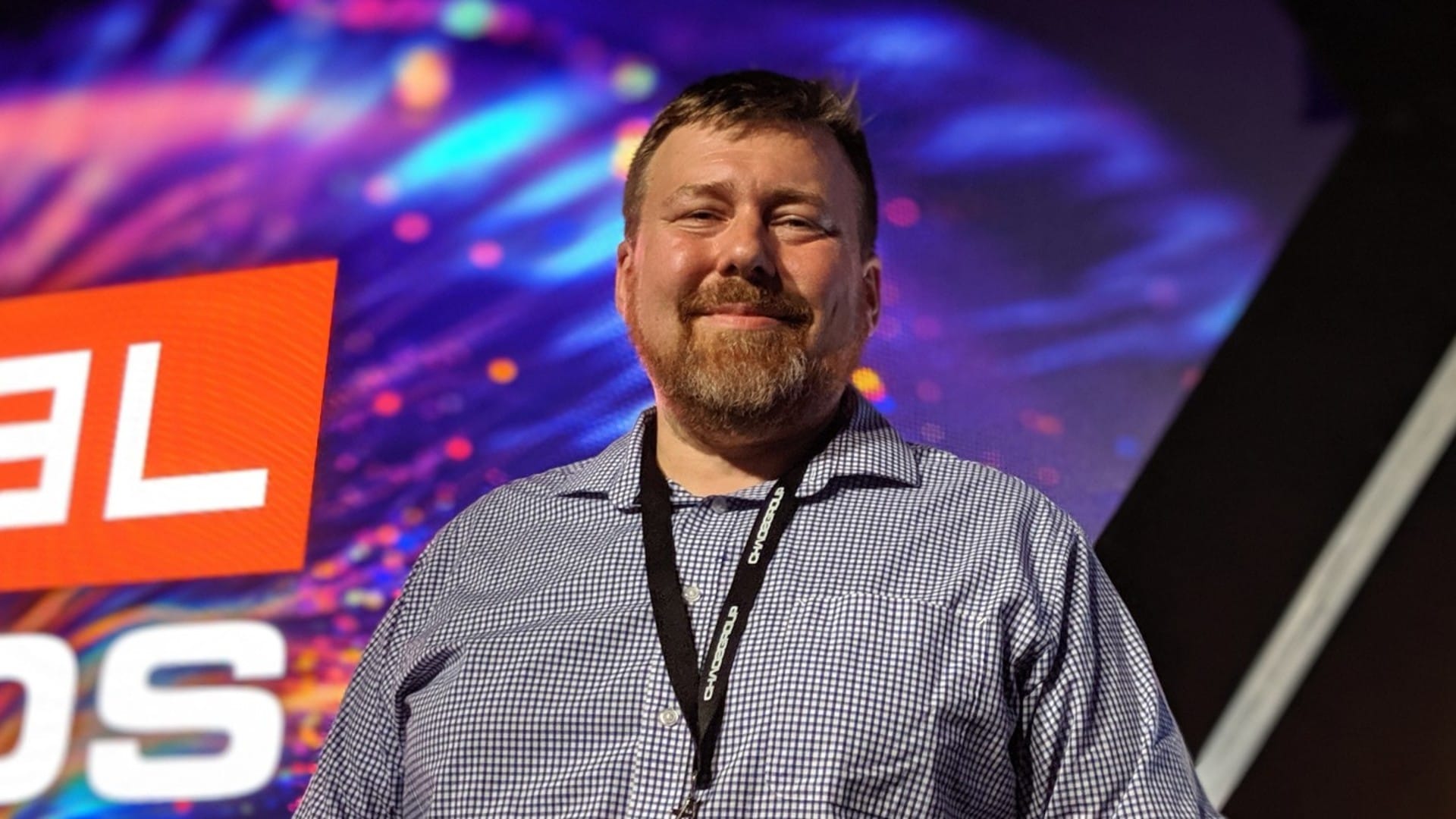 The day came to an epic end with two major players in the visual effects industry. Digital Domain’s Deke Kincaid showed the evolution of the company’s digital humans and characters, culminating in a thorough breakdown of its spellbinding V-Ray rendered work on Avengers supervillain, Thanos. After DD’s analysis of the 750,000-year-old big bad, Method Studios showed the techniques it used to create a photorealistic baby with an adult voice for a commercial project.
The wheels are already turning on Total Chaos 2020. Stay tuned, and we’ll see you in Sofia next year!
Cr.Chaos Group website
https://www.chaosgroup.com/news/total-chaos-the-keynote
https://www.chaosgroup.com/blog/total-chaos-day-one-recap
https://www.chaosgroup.com/blog/total-chaos-day-two-recap

Next: The Creation Analysis And Sharing of Work ‘Lotus Flower Is Immortal’ 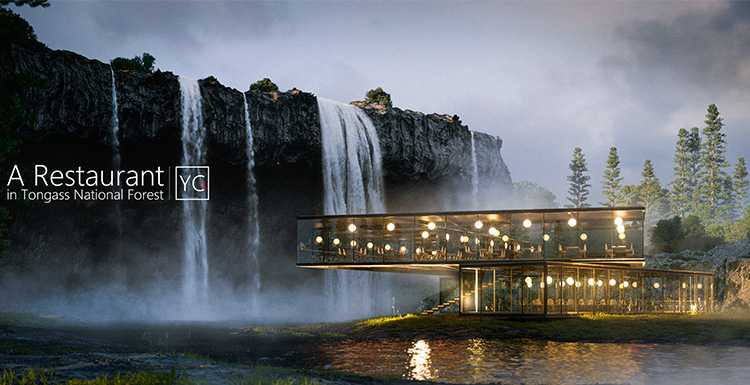 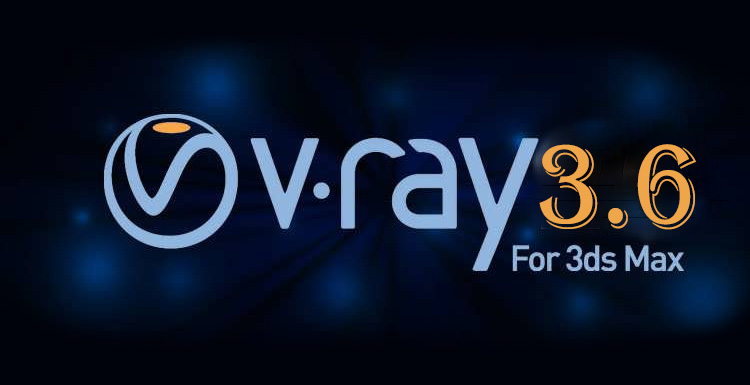 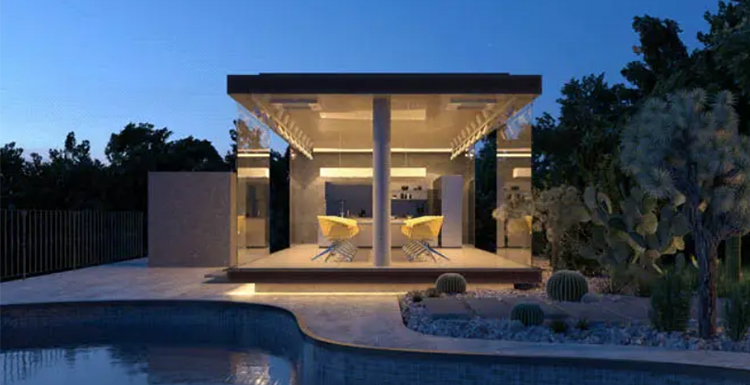