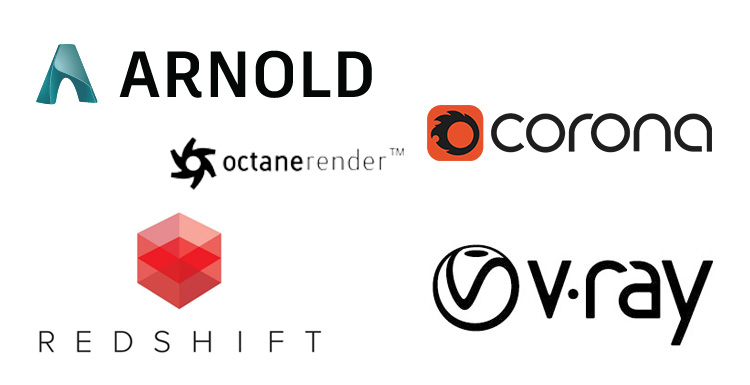 Nowadays, many people use 3D software to create their works, so the use of the renderer is essential. There are many popular renderers, including V-Ray, Octane, Arnold, Conona, RedShift. Of course, there are those who will choose cloud render farm for their rendering. But for many new 3D artist, which renderer is the best?The principles of these renderers are basically the same, but the operation methods are somewhat different. Of course, the focus of each rendering is different. Let us take a look at it now. Which is the Best 3D Renderer?The work from the Runner in Evermotion 2017, rendered by V-Ray: V-Ray The V-Ray renderer focuses on interior design and outdoor design for 20 years. The biggest feature is that it is almost half of the building performance, and the latest 4.0 version of the various functions are also very perfect, many works can be fake.Disadvantages, perhaps because V-Ray has too many setting parameters, material adjustment and lighting performance is very difficult, not very friendly to novices! Arnold**Arnold** renderer is very powerful. The physics-based ray tracing engine CPU renderer is the most stable! Of course, the CPU is not strong enough, the rendering speed is also anxious, especially the rendering of transparent objects such as glass, as well as its powerful node-like operation, so that novices love and hate it!Of course, as an attitude to study the renderer, Arnold is highly recommended to learn! RedShift Next, talk about RedShift, the GPU-based renderer, the most intuitive experience is that the real-time preview and rendering speed is fast, and has a powerful node system like Arnold. It is more suitable for artistic creation, especially for animation. As for the authenticity of the rendering effect, it takes a lot of time to practice and accumulate knowledge. Octane Octane is also a GPU-based renderer. First of all, its SSS and replacement functions are quite good.The speed is also very fast, the light is softer, and the rendering looks very comfortable. Similarly, if the slightly larger scene is solved by PL, the efficiency will drop, but the speed is not fast. There are also problems with dryness that can sometimes become one of the features of the work!PS: The current version of OC does not support A card, nor can it exclude lights. CononaThe work from the first place of Evermotion 2017, rendered by Corona: Conona is also a highly recommended renderer. It comes from V-Ray. It can be seen as a simplified version of V-Ray. LightMix lighting solves the trouble of late dimming. The material system will not have to worry about it by default. Very small and practical, quick to get started, of course, just out of the official version, it is said that next year will be a node system, while the animation is somewhat weak!If you do indoor and outdoor design, static frame rendering can be used, after all, it is best at the ray tracing rendering engine! ConclusionIn fact, the renderer is just a step in the work, we can choose different renderers according to different work content, find the best for you. There are also many people who choose Fox Render**farm because as the best CPU & GPU cloud rendering service provider, it helps you to render** 3D models effortlessly offline. 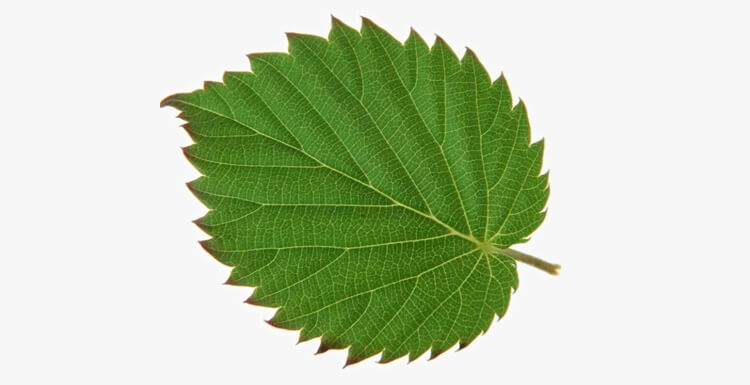 In the Maya production scene, it is more common to use transparent maps, such as leaf, generally do not specifically engrave the leaf model when making the leaf model, but through the texture, a patch can be saved. Model engraving time, because making in large scenes is very time consuming, and small places such as leaf do not take too much time to process.The best CPU & GPU cloud rendering service provider, Fox Renderfarm, will tell you how does Maya make Arnold render transparent textures step by step. Maya Render Transparent Background With Arnold Step by StepStep 1. Create a patch in the scene. Step 2. Create a camera and lights, then we directly render with arnold in a gray patch. Step 3. We went to find a texture of the leaf, down from the Internet, there is no alpha, we posted to try, we create an aiStandardSurface1 shader ball. Step 4. We put our leaf texcure on the color and give this shader to our face. Step 5. Now, rendering work as below, we put a thing under the patch to facilitate observation. Step 6. Then consider how to remove the extra white next to the leaf, we need to deal with transparency in this parameter we can paste a black and white textures, black is no data information, that is, the value is 0, pure white is 1, so you can make the texture transparent, and then we will process the image of our leaf, make the thing you don’t need black, and make the one you need into white. In the nuke inside, here you need to pay attention to the difference, the lower version is processed in semi-transparent like the Transmission deal with Weight in pictrue. Step 7. We put the processed image in the opacity channel. Now we have the Maya leaf, and there are no edges in Maya. ConclusionBy now you should know how does Maya make Arnold render transparent textures. You may also be wondering how to set up a Maya render farm. Or you can use an existing render farm such as Fox Renderfarm, which supports both CPU & GPU render**ing.

Arnold for Maya Tutorial: How to Render Wireframe 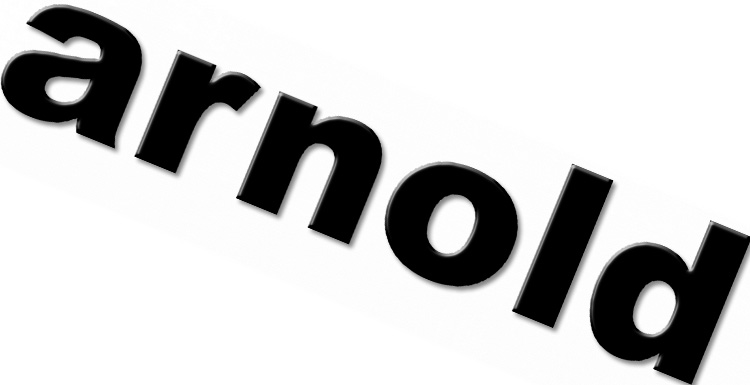 Fox Renderfarm is a global technology company specialized in cloud computing services for rendering in entertainment industry. We supports most popular 3D software, renderers and plugins all over the world, like 3ds Max, Maya, Cinema 4D, SketchUp, Blender, LightWave, V-Ray, Redshift, Corona, and more. Supported internal and external plugins for 3ds Max, Maya, or Cinema 4D are integrated to our Arnold support. GPU & CPU rendering are both available in arnold render farm. Fox Renderfarm fire up thousands of rendering nodes instantly, high availability, no waiting necessary, easy to use, refers to MPAA security standards, also a flexible render farm pricing for you. The more reason you choose us in arnold** render farm are below: - The partner of Oscar winning production teams. - With Hollywood level production experience for years. - 24/7 Live customer care & technical support. - Response time: 10-15 mins. - Contact available via Skype/Email .- As low as $0.04 per core hour - Volume discounts available up to 60%. Fox Renderfarm has an outstanding team with over 20 years’ experience in CG industry. Team members are from Disney, Lucasfilm, Dreamworks, Sony, etc. With professional services and industry-leading innovations, they serve leading special effects companies and animation studios from over 50 countries and regions, including two Oscar winners. In 2015, Fox Renderfarm formed a global strategic partnership with Aliyun (Alibaba Cloud Computing) to provide global visual cloud computing services. Get $20 free trial to register and render**ing your artwork online now! 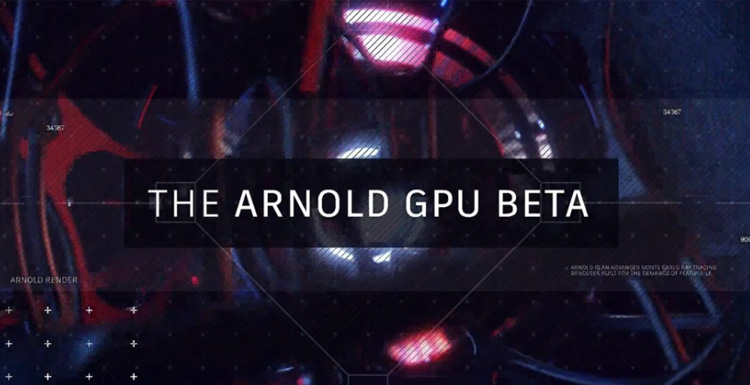 How To Use Pbr Process In Film And Television Rendering 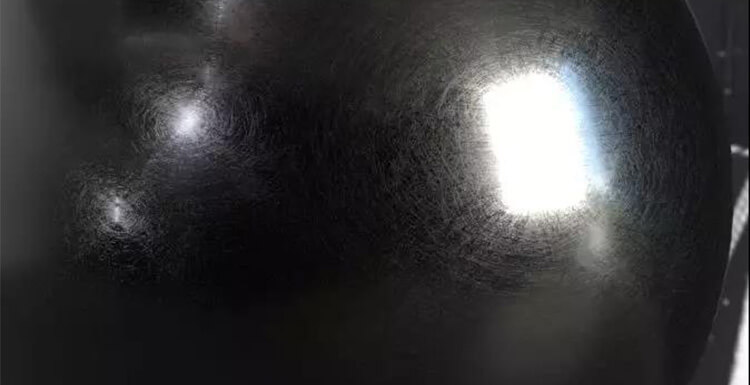 The Essential Thinking Of Roughness And Anisotropy (4)

In the article “The Essential Thinking Of Roughness And Anisotropy (3)”, we have understood that the essence of roughness is bump. Then we finally have to start the theme of our issue - use roughness to restore the bump effect of the ring scratches. Using a rendered flowmap image, use this map to perform a series of node transformations, and finally insert an anisotropy rotation channel to make the anisotropic highlights rotate for the purpose. In fact, the essence of the flowmap is the position of the plane coordinates, and the value of XY is recorded in the red and green channels. Converting to an anisotropy rotation map is to calculate an angle by the position of a point, and use this angle to control the rotation. The core is to use a function called atan2 (some tools have this, such as Arnold and infrastructure designer, some tools are not, such as V-ray and redshift) When attempting to render this effect using a non-Arnold renderer, the conversion of the flowmap to the anisotropy rotation map cannot be achieved due to the lack of mathematical tools. So I tried to use Substance Designer as an intermediate software for conversion. The following is a screenshot of the node in the pixel process in SD. The main function is to convert the flowmap into an anisotropy rotation map.The result of the conversion is this, it can be seen that the black and white scratches (and some of the scratches are negative, so the whole picture looks very dark): Finally, use the anisotropy rotation map generated in this SD directly, you can also render the effect we want.