A group of international CG artists, who are also the fans of Dragon Ball, one of the most successful manga and anime series of all time, decided to make a project about the anime on their free time.

The nonprofit project, Dragon Ball Z Legacy, supported by Fox Renderfarm, is going to be a 3D animation video clip featuring some of the best manga and animated moments. They said, if this project earns money, all the money will be donated to an international association for children with cancer.

Fox Renderfarm has been committed to supporting public welfare project, such as the Dragon Ball Z Legacy. While supporting more CG artists, we hope to make more contributions to society. 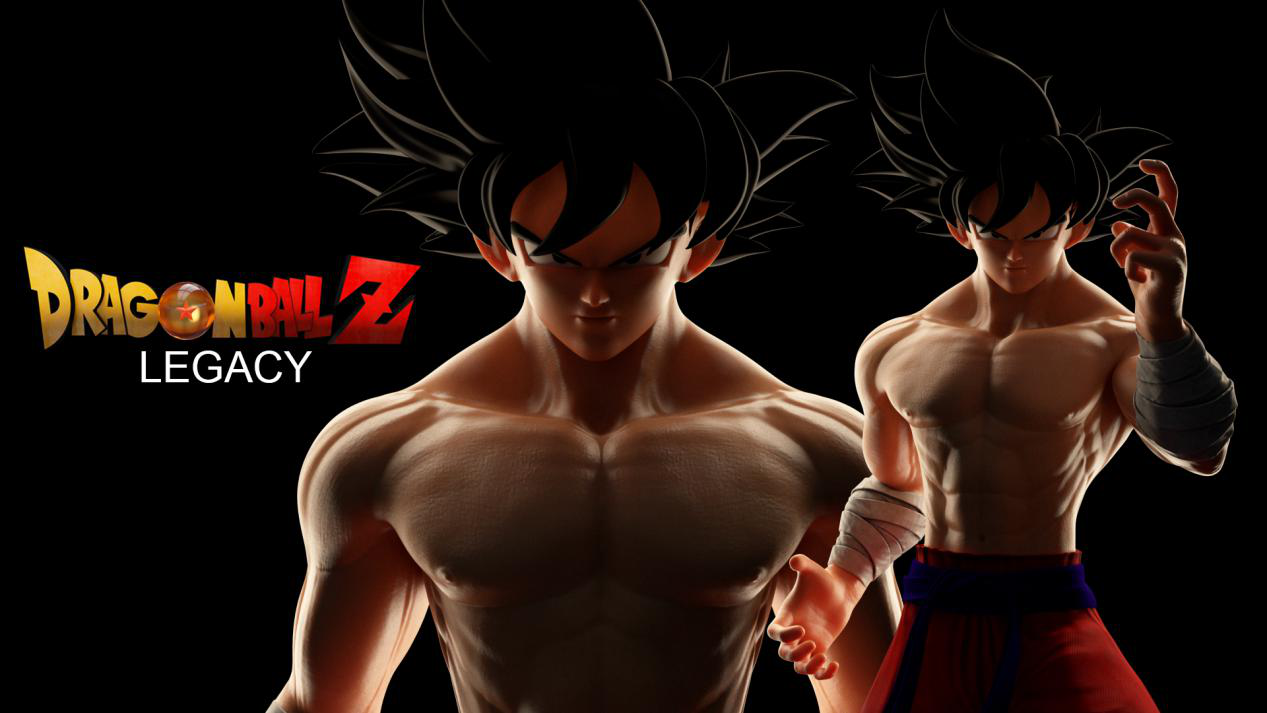 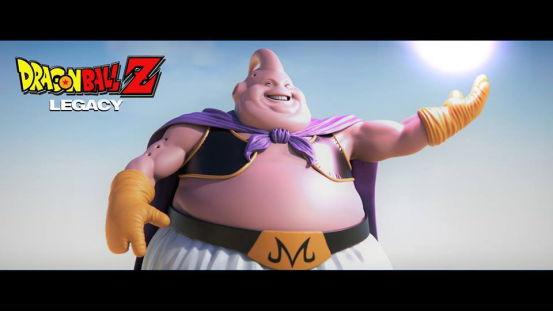 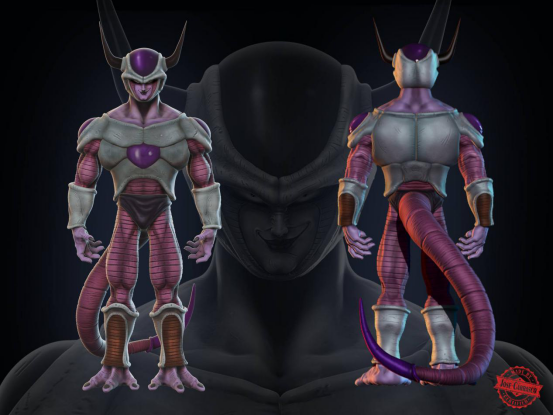 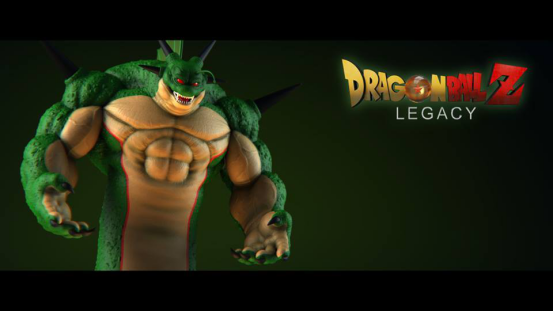 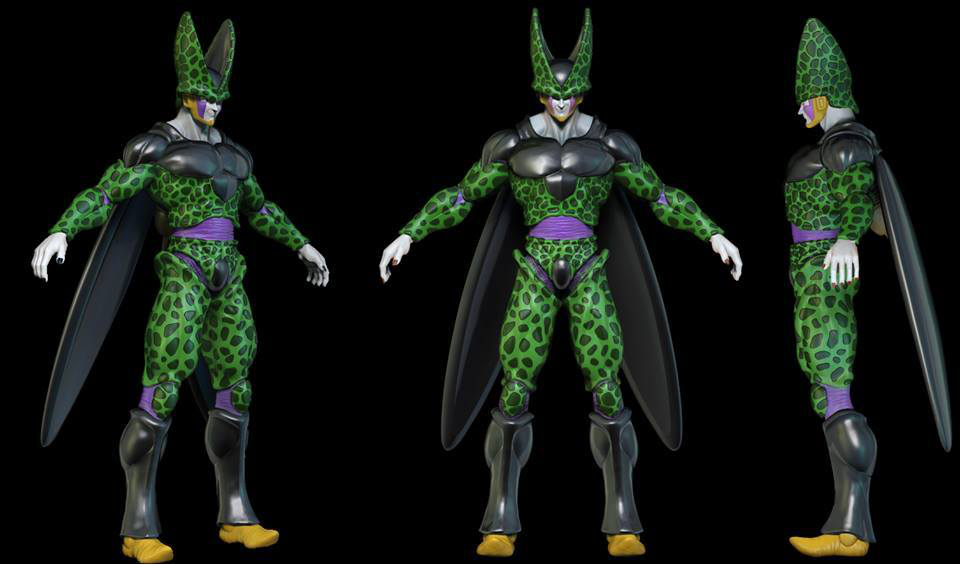 You can check the Dbz Legacy facebook page and know more about the characters.

It is our honor to have an interview with the team leader, Olivier Schmitt. Moreover, Olivier shares us with the making of the project and production experience.

Here's the interview between Fox RenderFarm and Olivier Schmitt.

Fox Renderfarm: Could you please introduce yourself?

Olivier Schmitt: Hello, I'm Olivier Schmitt, I'm French, I'm a CG artist for 12 years, I've studied 3D animation in Paris for 4 years, at Lisaa and Les Gobelins. I work in China in Beijing for 3 years, as a CG artist supervisor.

Fox Renderfarm: When did you begin to like Dragon Ball? And which is your favorite character?

Olivier Schmitt: I started to watch Dragon ball in 1989 when I was 8 years old. I don’t have a favorite character, each one is special and has its own specificity, for example, I like Goku when he arrived late and came to save his friends, I like Krillin when he fight with Cell for saving a mother with her daughter, or when he uses the Kienzan. Vegeta he sacrificed his life to try to kill Buu, etc..

Fox RenderFarm: Does Dragon Ball have any impact on your life and career?

Olivier Schmitt: Yes, Dragon Ball influenced me a lot. When I was a young student I drew Dragon Ball many times, step by step I tried to improve my level and push me always to be better. And I think that helped me to take the decision to start art school and do 3D animation and be here now.

Olivier Schmitt: The original intention of me and my team, is to create a very beautiful 3D animation of Dragon Ball Z. To take big pleasure to create this Fan video, and give pleasure to the peoples who will watch it.

Fox RenderFarm: What is the story of the team project? And what do you want to express through the work? 30 Dragon Ball characters are selected, any reasons why you choose them in your work?

Olivier Schmitt: The story is to recreate between on 3 and 4 minutes a video clip with many of the best moments of the Dbz action. The thing we want to express is to have chills to do this job and give chills to the audience who will watch the video. The 30 characters selected, are all characters who have influenced the most the story of Dragon Ball Z.

Fox RenderFarm: As for the character modeling design, will you innovate or restore the original version?

Olivier Schmitt: For the characters, we keep the original design version with some small changes.

Fox RenderFarm: Any software and plugins you use for the project?

Olivier Schmitt: For do this project we use much software: the base is Maya, and we use, Zbrush, Wrap 3, Photoshop, Substance designer, Mari, V-ray for the renders, Houdini, Nuke, Premiere, After effect.

Fox RenderFarm: Artists who are also Dragon Ball fans, how did you call them together? How many team members now? Could you introduce a bit about your team members?

Olivier Schmitt: Yes, all the artists who work on this project are all Fan of DBZ, I think we need it because it’s a big work and long project, needs to be a passion. There are around 60 artists, some of whom work to ILM or MPC, and some other big studios.

*Here’s a credit work of the peoples work on the project:

Fox RenderFarm: Your team members come from all over the world, so how do you communicate during the creation? Any difficulties? How to solve it?

Olivier Schmitt: I created a secret Facebook group and I included step by step all the artists who want to join the project. This is more easy to show where I wish the project takes direction and can communicate all together. And if I need to say some specific things to an artist I communicate with Facebook messenger, or by email. In fact the master word is "patience". Because all of us we do this project on us spend time, during the day we all have our jobs which take a long time of our day, and when we back home sometimes we are tired of being front a computer again. And I really understand about this, so we work all on our own speed, and can take time. But for now, we not really meet difficulty, because we are professional and we know in advance what kind of problems we will meet and we try to fix them before is coming.

Fox RenderFarm: Have you received any favorable comments or suggestions after posting your works on the Internet?

Olivier Schmitt: Yes, I posted some images of the characters on Facebook and generally more than 3/4 of peoples like what we did, and we already got an interview on a French website of 3D animation and we received a favorable reception, and even after that we had some artists join the project after reading the article.

Fox RenderFarm: When is the work expected to be completed? Do you plan to create a longer video or film in the future?

Olivier Schmitt: I hope we finish this video in around 18 months, but is not guaranteed, it will depend on each artist the time he will devote to this project. Yes, I love very much Dragon ball, and my big dream is to create 4 movies for the cinema on 3D animation. When the project is done I hope to have the opportunity the show the video to Toei animation and we can talk about this project and have the license to create it.

Fox RenderFarm: Any interesting stories happened during your project making?

Olivier Schmitt: In fact for this project I communicate a lot with all the artists, some of them every day, but I never meet them in real, some I don’t know how they look like, maybe I can cross them on the street, and don’t know them, whom I talk with every day. And this project allowed me to get in touch with many talented artists and I'm very proud of this.

Fox RenderFarm: Have you heard of Fox Renderfarm before? Where and how? Have you used our service before? How do you like it?

Olivier Schmitt: I heard Fox RenderFarm from Linkedin, and I get touch with Anthony who works on your company. It’s the first time I work with a cloud render farm. Before I always used an in house render farm I created by myself in the company. And the first time I use Fox Renderfarm, I find it’s so easy to use, have a tutorial which explains very clearly step by step how to use it, so is very easy.

Fox RenderFarm: Any other things you want to share with the audience from the CG industry or CG enthusiasts?

Olivier Schmitt: Yes, as I said we do this project for us because we love Dragon Ball, and we want to share with peoples this project, we really want people to take big pleasure to watch it. And we all agree that if this project brings any money, all of this money will be given to an international association for kids who have cancer. We wish that all the children of the world could have the chance like us when we were young to get up in the morning in a good mood because you knew that you would see one or two episodes of Dragon Ball on television. For my part, during the summer holidays with my cousins we woke up every morning before 9 a.m. to watch Dragon Ball, and it was magical :). And finally, I wish to say if any artist loves dragon ball like us and wish to participate in this project he is welcome to contact me. They can contact me on the Facebook page: https://www.facebook.com/dbzLegacyTeam

What's more, Olivier Schmitt also share the steps for how they made Goku for the project of Dragon Ball Z Legacy. Here we can see how Goku cone into being.

We all expect that Dragon Ball Legacy will be an amazing 3D animation video, especially for the Dragon Ball fans.