Fox Renderfarm, a powerful but affordable render farm, is glad to have an interview with CG artist Marien Singbo from Sweden who created ‘The War on Hoarding’, Episode 1: Toilet Paper.

The animation short was made by Marien as a response to the senseless and irresponsible hoarding that's going on at the moment.

Let's enjoy the short and the story behind!

The War on Hoarding © Marien Singbo

Caption: I made it in CINEMA 4D with Redshift. My inspiration came from running out of toilet paper basically. I had to go on pilgrimage over 3 hours, through 4 stores here in London before I finally found some toilet paper. People have been hoarding even though the government & supply managers have reassured us that we will not run out of toilet paper anytime soon. My sister who has a 1-year-old baby has been unable to purchase baby wipes. It's all a bit disappointing and incredibly frustrating as it can easily be avoided.

I've also been very affected, at least my career plans. I had a freelance gig canceled. And I was also going to have an animation internship at a big studio in London as the last thing in my education. But it's been canceled/postponed for now.

Fox Renderfarm: Hi Marien, thank you so much for accepting our interview! Could you briefly introduce yourself?

Marien: Hi, Of course. Glad to. My name is Marien Singbo, both a freelance animator and a student as I’m currently enrolled in Motion Creative Program at Hyper Island, Stockholm.

I started out doing traditional cel animation and After Effects work a few years ago but kind of randomly found myself doing 3D work this last year.

I enjoy creating and animating Characters, in both 2D and 3D.

Fox Renderfarm: What’s the inspiration behind your work?

Marien: Honestly I just get inspired by everyday life. I’m pretty easy-going and like to see the funny aspect of everything I encounter and I usually try to have this reflected in my work.

Marien: It took me 5 days from start to finish (modeling, character creation & rigging and animation, materials and final compositing)

Marien: I used CINEMA 4D with Redshift and Photoshop to create texture for the assets and composited in Premiere Pro. I didn’t use any additional plugins.

Fox Renderfarm: Who was invited to dub for the animation? How did you complete it?

Marien: I did the male voice and had 2 friends with the other voices. I usually love to work in person, but due to the circumstances, it was all made possible by the Internet. I had my friends in Stockholm email me their recording to me in London.

Fox Renderfarm: There are many details, such as the fingerprint match, police sketch, and the newspaper. How did you make them?

Marien: The fingerprint was illustrated in Photoshop and so was the police sketch. The newspaper was made on a website that lets you create newspapers really face using mock-ups.

Fox Renderfarm: What does the word “Asshat” mean? How did this connect with the police sketch? Any ideas behind that?

Marien: An asshat is slang for someone who is stupid, cruel and idiotic. This whole concept was inspired by my own experiences & frustration of going shopping in London during this COVID19 crisis. Where I’ve had multiple unsuccessful tries of finding toilet paper in different supermarkets due to hoarding.

Time and time we’ve been assured by vendors & suppliers that there is enough toilet paper for everyone yet people keep hoarding, leading to people who might need sanitary products might not be able to get it.

If that’s not asshat behavior, then I don’t know what is. While the perpetrator might not see themselves as an asshat, other people as seen in the police precinct identify them as an asshat.

Fox Renderfarm: Do you have any references for the appearance of the final criminal?

Marien: I actually don’t, the character creating was completely organic.

Fox Renderfarm: Technically and visually, which is your favorite part of this work? Why?

Marien: I really enjoyed the detective board scene because I liked the lightning the best in that scene.

Fox Renderfarm: Have you met any difficulty in the creation? How did you overcome it?

Marien: Honestly this process was pretty straightforward to be honest. I didn’t want to make it more complex than it had to be. The scenes are pretty simple and straightforward. Took some shortcuts; for instance the character doesn’t actually have a lower body. But since it’s never visible it doesn’t matter. 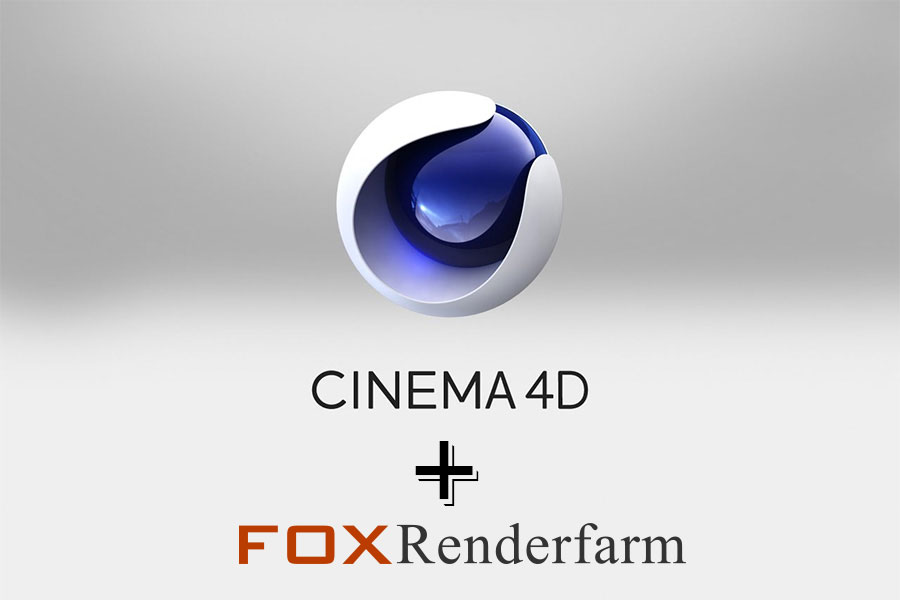 Interview with MAXON About the Cooperation with Fox Renderfarm

Fox Renderfarm is so glad to have the precious opportunity to have an interview with Friederike Bruckert from MAXON about their product Cinema 4D and how the cooperation could benefit both MAXON and Fox Renderfarm, please check the detail interview as below.

Fox Renderfarm: Hi, would you please give a brief introduction about Maxon and your product C4D?

MAXON: MAXON is a company founded more than 3 decades ago - and its flagship product is Cinema 4D - the professional 3D package for many user's needs. It is the ideal tool to create advanced 3D graphics and helps to create jaw-dropping results quickly and easily. Beginners as well as seasoned professionals are able to work fast and hassle-free in a demanding, fast-paced 3D production environment.

Fox Renderfarm: Compared with Autodesk's 3ds Max and Maya, what are the C4D's standout features and selling points?

MAXON: Cinema 4D's key benefit is it's ease of use - compared with other software packages, it has a very intuitive interface and is quickly to learn. Our training platform www.cineversity.com helps users to get up to speed really fast, it is possible to complete smaller projects already after a short week of training and practice. Furthermore, its workflow is procedural, smooth and speedy - our customers work several times faster on the same job than with competitve software packages and they love its integration with other third party applications like different render engines, many plugins - and especially the Adobe Creative Cloud products. Integration into existing pipelines with, for example, Adobe AfterEffects or Illustrator are an important selling point.

Another very important benefit for our customers is Cinema 4D's legendary reliability and its extremely friendly and helpful user community. Imagine you want to start with a new software and you are not so sure about how to handle your workflow - the community will assist and do their best to respond.

Fox Renderfarm: That's awesome. In an increasingly cloud-based era, in what ways does Maxon/C4D remain relevant to the everyday user?

MAXON: Our customer base ranges from small to medium and larger businesses - the every day user's requirements vary depending on project size and rendering needs - to comply with peaks and to better manage projects is certainly an important factor for MAXON customers - no matter if they are using permanent or short-term licenses. Also, to be able to adapt to changing project sizes and to remain flexible, to be able to expand the business without investing in more hardware are important benefits for today's competitive enterprises.

Fox Renderfarm: Would you please advise which industries are C4D most used in?

MAXON: Mostly in the motion graphics and 3D design industry (product design, industrial design). Cinema 4D is a very versatile tool, though, which is also used in advertising, visualization and architecture, movies/VFX and games as well.

MAXON: It's great that big render farm use Cinema 4D - we are convinced that this will open up the market to acquiring more customers and to offer more options to users. MAXON has always greatly supported the plugin community and we'll continue to make sure that we collaborate with our third party partners in order to make sure that our product is compatible - which will ensure that a renderfarm is able to offer all the product range.

MAXON: With Cinema 4D's availability in the Fox Renderfarm, our end customers have a lot of flexibility and lead time to focus on art, not technology and maintenance. This way the users can outsource the time-consuming and resource-heavy rendering jobs to the render farm - scalable to their needs.

Fox Renderfarm: Share with us regarding the C4D's product development strategy and promotion in the near future?

MAXON: Of course I can't disclose details - our general strategy is to keep the development pace: Releasing a very strong version each year and adapting it to the latest technologies on the market while ensuring the quality level our customers rely on. Of course, we will move forward and offer more functionality and flexibility to our customers to evolve and produce better end results in a shorter time frame. Efficiency and user experience are key and this is what our product should reflect - even if we enhance features they should remain easy to work with and ensure a smooth workflow. When it comes to promotion of the product, we focus on case studies and customer testimonials as this clearly helps to identify and win over new customers from the 2D design world.