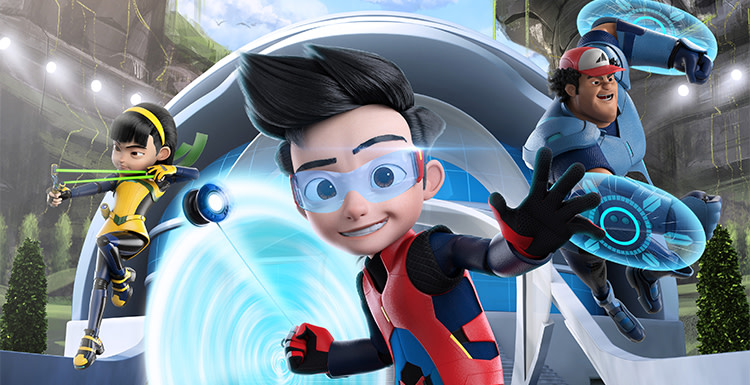 Ejen Ali: The Movie is an upcoming Malaysian computer-animated spy-fi action film, which is the first film made by WAU Animation, based on their TV animation series, Ejen Ali. After two seasons on the small screen, popular animated science-fiction series Ejen Ali will finally make its cinematic debut on Nov 28 in Malaysia, Singapore and Brunei.

The 90-minute film, Ejen Ali: The Movie, tells a story about a brave, 12-year-old schoolboy who becomes an unwitting secret agent for futuristic spy agency MATA. After being accidentally recruited as a spy, Ejen Ali has now grown to embrace his role in secret agency Meta Advance Tactical Agency (MATA) to protect the futuristic city of Cyberaya from outside threats.

Usamah Zaid Yasin, WAU Animation's chief executive officer, said that there will be lots of spell-binding special effects and action-packed scenes for whole families to enjoy.

“We certainly try to include lots of Malaysian elements and a local feel to organically include in the movie. It’s very Malaysian and this is something we’re proud of,” according to Usamah.

The Ejen Ali television series has two successful seasons under its belt and has become a popular brand. At the 28th Malaysian Film Festival in 2016, it won for Best Short Animated Film.

Wish the super-popular toon hero Ejen Ali to make a new height with the upcoming feature film and admired by the worldwide audiences.