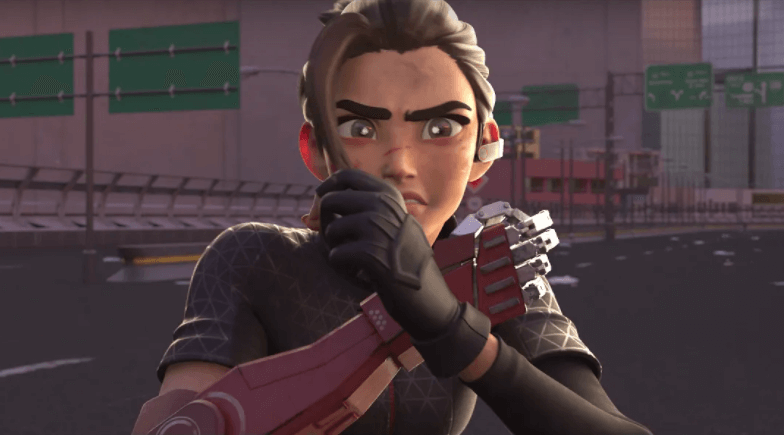 FGT Art, initiated and organized by Fox Renderfarm, is a program that encourages all Fox Renderfarm users to share their talents and get awarded monthly. We are very pleased to announce that the FGT Art September Winner goes to Modus Vivendi Animation, created by a small team of 5 university students - Jonathan Hans Christian, Olivia Dharmawan, Richardo Surya Christopher, Neeshma Sadanandhan and Ng Ser Ting.

Here’s the interview between Modus Vivendi Animation Team and Fox Renderfarm, in which we can find out how they created this wonderful video.

Fox Renderfarm: Congrats on winning the FGT Art September Winner, 2021! How do you feel about it?

Modus Vivendi Animation Team: We’re super happy to hear that we won the September FGT Art Competition! Working on this film was really tough, not only due to the strict university deadlines we had to meet but also because the whole project was done remotely due to the Covid-19 Pandemic. So it’s definitely a proud moment that we were able to achieve a winning prize with this film despite all the challenges we faced!

Jonathan: So the team was originally just Neeshma and me, and we were thinking of doing some kind of fight scene for our final film at uni. Neeshma: What Jonathan and I had in common was our interest in Sci-fi and action, so we decided on a concept set in a dystopian world with a story that involves some sort of emotional or physical conflict. Later on more talented members joined the team and the concept developed further.

Fox Renderfarm: Could you introduce the pipeline and task allocations to us?

Modus Vivendi Animation Team: Each of the members undertook different areas in CG that they were interested in pursuing. The task allocations were as follows:

Fox Renderfarm: What software and plugins did you use for the animation?

Modus Vivendi Animation Team: We used Maya for all asset creation, animation and rigging. Arnold was the render engine we used. All procedural modelling and VFX was done using Houdini. Substance Painter was used for texturing.

Fox Renderfarm: How did you make the main 3D character, such as modelling and texturing?

Modus Vivendi Animation Team: Here is the original concept design of the main character of the film ‘Iona’ created by Richardo:

The character model was created by Ng Ser Ting based on the above concept. A lot of changes were made to the model based on changes in story and also for rigging purposes.

The character model was further improved and polished by Ser Ting recently and the latest model looks like this:

Here’s some VFX experiments that were done for Modus Vivendi by our VFX Artist Jonathan:

Fox Renderfarm: The body movements and facial expressions in this animation are realistic, how did you make it?

Neeshma: When I created the character rig for Iona, I tried to do my best to maximise her physical and facial flexibility. It was quite a challenging process because the rig was made completely from scratch, but this allowed me to edit it easily to fit the specific needs of her animation.

Here is a screengrab showing the number of nodes it took to rig one side of her smile:

Regarding the animation process, I always start with references. For instance, Iona does a lot of parkour and action scenes - I collected a long list of video references from the internet to try to study the movements and try to mimic it in a believable way.

For facial animation shots, I often filmed myself performing the scenes and try to mimic and exaggerate from there. I also usually sketched over playblasts of Iona and made notes of the thoughts or emotions she must be feeling when I wanted to create really specific facial expressions.

Fox Renderfarm: The environment modelling is really excellent, any references?

Modus Vivendi Animation Team: Olivia Dharmawan, Richardo Christopher and Ng Ser Ting created the environments seen in the film. The film had 3 main environments which included an Alleyway, a Highway and the interior of an abandoned Diner. The main inspirations for these environments included dystopian Sci-fi animated productions such as Love Death and Robots, Cyberpunk, Nier Automata. In terms of real world references, we were also influenced by apartment structures in Hong Kong, Japanese signage and alleyways in South Korea.

Here are some renders of each of the environments shown in the film:

Fox Renderfarm: The sound, music, and voice put the finishing touches to the animation, how do you make it?

Modus Vivendi Animation Team: Sound for the film was done by a talented duo that we hired for the project. The soundtrack was created by Barney M-L and the SFX was done by William Biggs. The main character Iona’s voice was performed by Julie Park.

Barney M-L: “On the music side it was a super organic process - even though we were on the other side of the world we made opportunities to share work and feedback and this meant we could still chisel the marble together if that metaphor tracks. Even though it was a dystopian setting and narrative, the story breathes life into the machines, I tried to reflect this through a mix of organic and electronic sounds."

Here, William Biggs goes through his process of creating Sound for Modus Vivendi:

Fox Renderfarm: What’s the plan for the full film of Modus Vivendi?

Modus Vivendi Animation Team: The film is currently in the process of being polished and rendered. The team members had certain areas that they wanted to improve in the film which included - the addition of two animated shots, the improvement of lighting and changes in the layout of some environments. We are hoping to release the full film at the end of this year or at the beginning of next year, so keep an eye out!

Fox Renderfarm: Could you have a brief introduction to FROZEN Fan Animation?

Neeshma: The Frozen fan animation was a collaborative project between Jonathan and myself. I created the character animation and Jonathan added the cloth simulations and particle FX to add a magical flair to the animation!

I originally created the short animation because I was very inspired when I first saw Frozen 2 in the theatres. The facial animation in the movie was incredible and I wanted to push myself to achieve something similarly emotive.

Here’s what the video looked like before and after VFX was added and Rendered with Fox Renderfarm:

Fox Renderfarm: How did your team communicate and cooperate with each other to improve efficiency?

Jonathan: We have a discord server for sharing references, notes, gdrive links, etc. We also use discord for weekly meetings, which really helps us stay on track.

Fox Renderfarm: How did you encounter CG? Could you share with us your educational and career experience?

Jonathan: CG is literally everywhere these days so it would be a surprise if a person has never encountered CG. I have been a fan of films and video games since I was a kid. Never thought I would be studying animation. In fact, when I came to Melbourne, I was going to study Product Design. However, I thought I already love movies and video games and I was interested in how they were actually made, so I changed my mind and applied for an animation course instead.

Neeshma: I’m originally from a 2D Animation background and was very scared of CG at first! But when I started seeing how flexible and visually beautiful 3D Animation was becoming over the past few years, I thought it was worth getting into. Looking back, I think deciding to learn 3D Animation was one of the best decisions I’ve ever made!

Fox Renderfarm: Any artworks or artists inspire you the most?

Modus Vivendi Animation Team: Animated shorts from a series on Netflix called Love Death and Robots and games such as Overwatch and Valorant were the main inspirations for our animation. We were aiming to create stylized models with semi realistic textures, and I think that the titles I mentioned incorporate such style really well.

Modus Vivendi Animation Team: We’re incredibly thankful for Fox Renderfarm’s rendering services! When we were working on Modus Vivendi, we were very anxious about how we could afford such a visually complex and long film with the low budget we had as students. Of all the different render farm options we explored, Fox Renderfarm was the most affordable one we found. To add to this, Fox Renderfarm’s customer service team always got back to us fast on our queries and were incredibly helpful everytime. We hope that more students find this service!